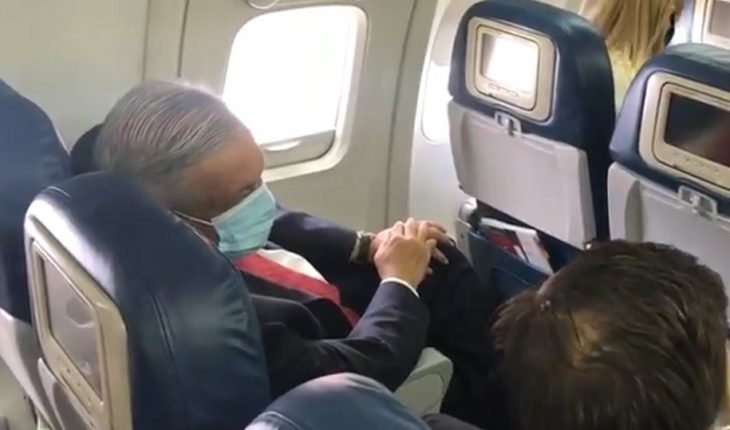 Mexican President Andrés Manuel López Obrador first used war covers in public and did so to meet the sanitary measures of the commercial plane that takes him to the United States, where he will meet with the representative Donald Trump.
Images disseminated by agencies and media show the chief executive with the head cover on the Delta Airlines plane that takes him to Washington, DC. Together with him, according to the newspaper Reforma, the Secretary of Economy, Graciela Marquez, travel; foreign secretary Marcelo Ebrard and the head of the Presidency Aid, Daniel Asaf.

⚡️Last President @lopezobrador_ boarded the Delta Airlines flight that will take him to Washington, D.C., with stopovers in Atlanta, down the runway.
? Isabella Gonzalez pic.twitter.com/aGZIMpwFyk
— REFORM (@Reforma) July 7, 2020

Since the beginning of the epidemic four months ago, the Mexican representative had not been seen with the cover, which has been recommended by national and international specialists to reduce the risk of COVID-19 contagion.
Instead, local representatives such as the head of government of Mexico City, Claudia Sheinbaum, have used it for some weeks in their public events.
Federal Undersecretary of Health Hugo Lopez-Gatell, tasked with guiding Mexico’s strategy to COVID-19, mentioned at the onset of the epidemic that the bottle cover should only be used by health professionals and caregivers of patients with respiratory infection, as well as pointing out that there was no conclusive scientific evidence on its effectiveness.
However, he ultimately said that, for the general population, it would be an “auxiliary measure to prevent the spread” of the coronavirus, if used correctly.
On Tuesday, President López Obrador said that the coronavirus test had been done and that it had been negative, prior to his transfer to U.S. territory, in what will be his first international visit as a representative.
At the beginning of the health crisis, AFP recalled, López Obrador was harshly criticized for insisting on participating in public events, and in hugging and kissing his followers despite warnings about COVID’s contagion.
In the face of the progress of the disease, the representative rectified and cancelled for several weeks his tours of the country. He then resumed them, but almost completely restricted public access to their events.
What we do in Animal Político requires professional journalists, teamwork, dialogue with readers and something very important: independence. You can help us keep going. Be part of the team.
Subscribe to Animal Politics, receive benefits and support free journalism #YoSoyAnimal. 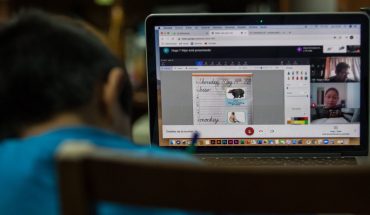 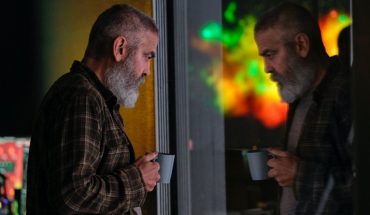