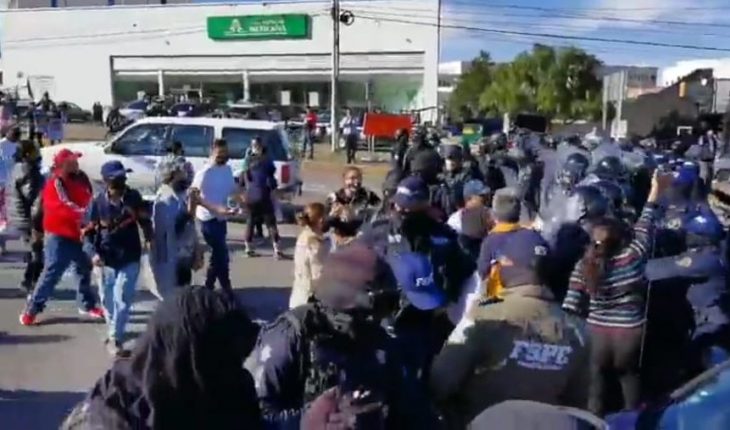 Guanajuato State Police arrested three members of a collective of relatives of missing persons who were looking to protest in one of the main roundabouts in the city of Guanajuato, leaving 25 people injured, including a woman who resulted in a broken leg.
The collective A tu Encuentro, made up of more than 120 relatives of missing persons, placed a planting from Thursday in front of the Teatro Juárez in Guanajuato, under the promise of lifting it until Governor Diego Sinhue Rodríguez attended them personally.
In the evening, however, the Government of Guanajuato issued a statement inviting the members of the collective «A tu Encuentro» to hold a meeting with the State Commissioner, Héctor Alonso Díaz Ezquerra, in addition to listing a series of actions that they had fulfilled after a meeting held on January 16 with the governor of the State.
«There is the full readiness of the State Government to continue working on finding solutions, and in the early location of missing relatives,» the statement said.
Read more «They can kill us or disappear»: Search collective in Guanajuato denounces threats
On Friday morning, a contingent of missing persons families, mostly made up of women and children, went out to protest in order to take the Santa Fe roundabout, but were blocked (using civilian vehicles) by about 40 Security Forces policemen, dressed in riot suits.
At first policeman Osvaldo Chavez called the contingent protesting to drive down another road, but after several minutes of refusal the policemen began to push the demonstrators down and then to beat.
Videos and photographs of the moment the cops blocked the protesters’ path circulate on social media.

We were arbitrarily detained. They took at least five families looking for their missing.
The abuse of force by elements of @FSPE_Gto left colleagues hurt.
In Guanajuato, the victims are arrested and violent. And the governor just pretends. pic.twitter.com/zxHMF18MoQ
— Sowing Community (@SembrandoComun1) July 10, 2020

Collectives of relatives of missing persons and organizations pointed out that the women detained are part of the planting of relatives of missing persons established on 9 July in front of the Teatro Juárez de Guanajuato «against the appointment of Héctor Alonso Díaz Esquerra as holder of the State Search Commission (CEB) for not having the minimum capabilities to run the institution efficiently in the face of the crisis of disappearances in the state».
In a letter, the collectives reiterated that families were not allowed to participate in the official’s appointment process, and therefore required the governor to re-establish the selection process.
«We also demand immediate medical care for injured people. The Guanajuato State Police has been accused of participating in the disappearance of people, so we consider that the detention of our colleagues poses a high risk to their personal integrity,» they said in the document.
According to members of the collective, as a result of the disloyt by the authorities, the authorities arrested three of the protesters: Gisela Verenice Olimpia Montoya, Carla Verónica Martínez Jiménez and Verónica Durán Lara, relatives of missing persons.
The women were referred to a Public Prosecutor’s Office agency accused of blocking the roads of communication, according to lawyer and activist Roberto Saucedo who charged an act of repression of authorities in the state so they will first seek the release of the relatives and then file a complaint for abuse of authority.
Human rights opens investigation
Local, national and international agencies condemned the aggression and demanded the release of women detainees, as they ensured that in addition to excessive use of force in a peaceful demonstration, relatives of the disappeared seek their loved ones are being re-avoided.
The National Commission on Human Rights (CNDH) and the Office in Mexico of the United Nations High Commissioner for Human Rights (UN-DH) called for an early and effective investigation to sanction those responsible for these events, as the CNDH’s deputy visitor Jorge Rubio Salgado was also initially arrested.
«The Deputy Visitors documented that a large group of elements of the State Public Security Forces was presented, who disproportionately, without mediating the application of any protocol and by absolutely refusing to dialogue with the protesters, an indispensable premise in any democratic system, four indirect victims of disappearance cases who were at the demonstration and the CNDH Deputy Visitator Jorge Rubio Salgado, physically assaulting the people there were and injuring some of them,» they condemned.
Guanajuato State Attorney’s Office only announced at the beginning of an investigation requesting reports from the Police and the Guanajuato Prosecutor’s Office.

PdHEG opened complaint file 72/2020-A and requested reports to the @FSPE_Gto, the @FGEGUANAJUATO and the municipal police of Guanajuato, arising from the facts recorded today in the Santa Fe roundabout in the city of Guanajuato. pic.twitter.com/fG8BtHVuTZ
— PDHEG (@pdheg) July 10, 2020 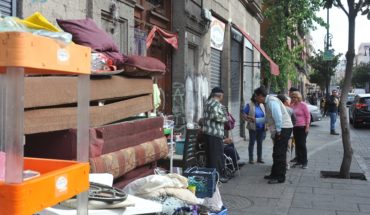 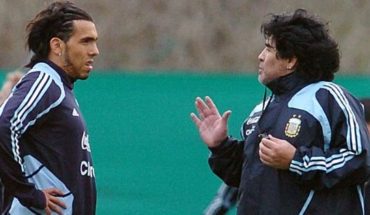 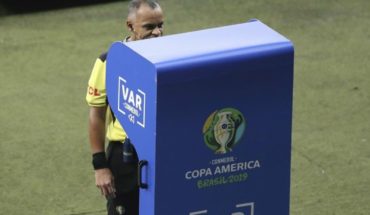