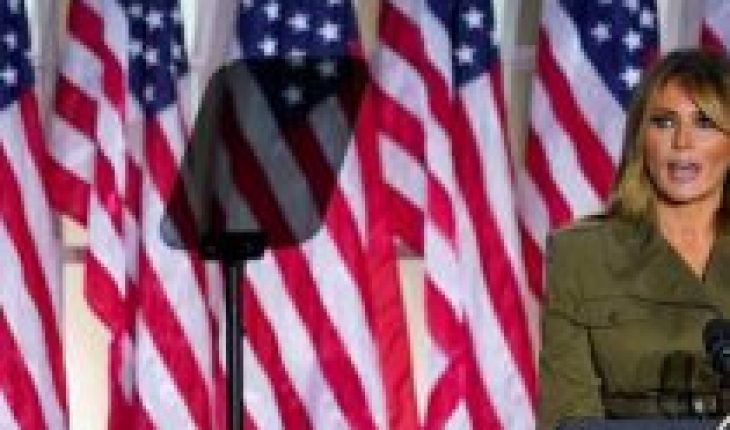 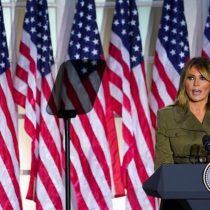 America’s first lady Melania Trump on Tuesday surprised with a speech in which she acknowledged the pain caused by the coronavirus pandemic and offered comfort to victims in the US, in contrast to the belligerent keynote speech at the Republican convention.
«My deepest sympathy goes with all those who have lost a loved one, and my prayers are with those sick and suffering,» he said.
«Since March, our lives have changed dramatically,» he emphasized. The invisible enemy, COVID-19, flooded our beautiful country and shocked us all.»
The first lady closed the second night of the convention with an intervention from the White House with her husband in the public, in which she referred to the great crises that the country has experienced in recent months, in particular the coronavirus pandemic that has left more than 175,000 dead.
He also commented on the racial turmoil in the country, with waves of protests at repeated cases of police brutality against African-American citizens.
«It’s a harsh reality. We’re not proud of parts of our history. I encourage people to focus on our future, while we still learn from our past,» he stressed.

Credit: Telemundo
SOCIALISM THREATENS AMERICA
Melania Trump’s words were a stark contrast to the tone of previous speakers, both on Tuesday and Monday with continued warnings about the end of the American dream and the advent of oppressive socialism if the candidate, Joe Biden, achieves victory in the November election.
In this line was the vice president of Latinos by Trump, Jeanette Núñez, who on Tuesday asked for the vote for the current president because «the United States will never be a socialist country», defending its resolution to «confront the tyrants» in Venezuela, Cuba and Nicaragua.
Similarly, Larry Kudlow, the White House’s top economic adviser, noted that the country is living «a boom» by referring to the pandemic as a thing that has already been gone, even though the country has the highest number of contagions in the world by COVID, with more than 5.6 million.
Kudlow drew a marked dichotomy: Do you want a healthy, prosperous and optimistic economy. Or return to the dark days of stagnation and recession?»
«Stay with President Trump,» he replied.
PARTISAN ACTS FROM THE WHITE HOUSE
As on the first day, the representative used his pulpit for eminently partisan acts that have provoked criticism from the Democratic opposition for being inappropriate and dubiously.
One of the most striking was his participation in the U.S. nationalist oath of five immigrants, noting that they «followed the rules» and «obeyed the laws,» in an unusual ceremony that was broadcast during the Republican National Convention.
The migrants were two men from Bolivia and Ghana and three women from Lebanon, India and Sudan.
The president, who has tried to drastically reduce irregular and legal migration, congratulated the new citizens and addressed them one by one, telling their story and merits.
Previously, Trump had granted presidential pardon to John Ponder, a former prisoner for robbery who has launched a partnership to facilitate reintegration.
«Ponder’s life is a beautiful testimony of the power of redemption,» the representative said.
Another of the most controversial moments was the intervention of Mike Pompeo, U.S. Secretary of State, who is in Israel on a work trip and spoke from Jerusalem, a city that President Trump recognized as An Israeli capital in 2017.
Pompeo also broke the tradition that left the secretary of state out of conventions at the time, in deference to the obligations of the head of American diplomacy.
«The president moved the U.S. embassy to this very city of God, Jerusalem, the legitimate capital of the Jewish homeland. And the president negotiated a historic peace agreement between Israel and the United Arab Emirates, which our grandchildren will read about in their history books,» he stressed.
This Wednesday will be the turn of vice president Mike Pence, who will headline the third night of the convention since Fort McHenry in Baltimore, Maryland, known for hosting a battle that in 1812 inspired the composition of the American national anthem
And the grand final speech, the formal acceptance of the par candidacyto be re-elected, will be pronounced by Trump himself live on Thursday 27th from the White House. 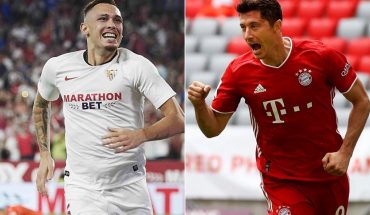 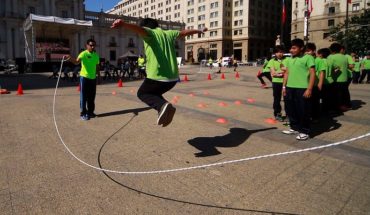 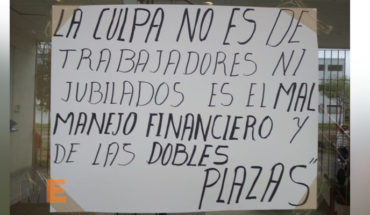 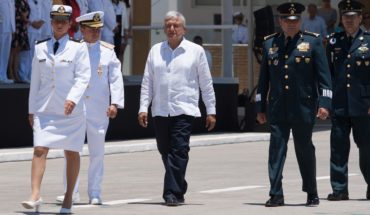