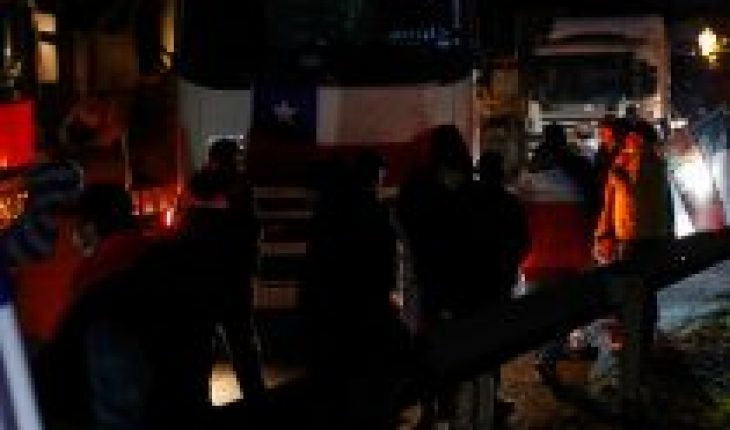 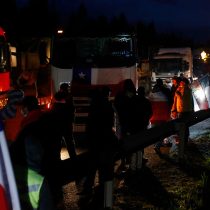 After a night where there was no shortage of episodes such as «the dancer passes», campfires and even roasts in the middle of the route, the truckers of the National Land Freight Transport Confederation of Chile (CNTC), led by Sergio Pérez, maintain this Friday for the second consecutive day the stop of activities.
Truckers are manifested in at least 43 points across the country, under the government’s «monitoring» that has avoided using public force to clear roads. In fact, the opposition redoubled its criticism for the «band hand» of the Executive in the face of this mobilization of one of the strong organizations in the sector (the others, Chile Transporte and the National Confederation of Truck Owners were not folded).
«There is a blessing from the government and the interior minister to have the roads taken. The Government has all the tools to intervene and take control of this situation,» the President of the Senate, Adriana Muñoz, insisted this morning.
From the Executive they responded. «Yesterday we had road cuts in eight regions, intermittent cuts on different routes in the country, so this is not all the truckers in the country, it is quite sectorized,» said the Undersecretary of the Interior, Juan Francisco Galli, this morning.
The authority faced criticism from the opposition that has even called for the use of the State Security Act. «I’m not going to make mistakes that have been made in the past, to announce legal actions associated with the State Security Act and then not to file them,» Galli said on T13 Radio.
The opposition also disputes that the supply chain is being put at risk, but the response of unemployed truckers is that «those responsible for maintaining the food chain is the state, which has to give us security and secure our lives.»
Another Senate slam
Truckers say the mobilization is indefinite and «just beginning», and maintain their demand that Congress urgently process a package of 13 laws related to security and criminal sanction, following the acts of violence in La Araucanía.
However, from the Senate there is no sign of wanting to move from his position. Interviewed on Radio Universe, the President of the Senate insisted that «it is not up to the CNTC to make a stoppage to challenge us in this way in a pandemic.» «The state has failed in The Araucanía, but things are done differently. I told Mr Perez, with a stoppage I do not sit down and talk,» he added.
The parliament put the points on the íes, noting that «the urgencies of the bills are handled by the Government, and the forms of us in Parliament».
While the Government said yesterday that the dialogue was progressing and they were «very close» to finding a solution, this morning the chairman of the CNTC said that there is still a discussion. «The proposal we received did not envisage concrete solutions, so we agreed with the Government to send us the proposal to bring positions closer,» Sergio Pérez told Radio Pauta.
The Government says that so far «more than offering, what is a joint work on a common goal: to move towards the security of the southern macro». «One axis is the protection and support of victims of violence; who have state support, not only in containment and legal support, but in order to be able to resume their lives and activities,» said Undersecretary Galli.
However, Sergio Pérez focused on the issue going beyond legislation. «What good is the Juan Barrios Act if we have been burned by 1,300 trucks since 1997 to today and there are no detainees. The law is good, but first we have to stop the one who commits misdeed.» 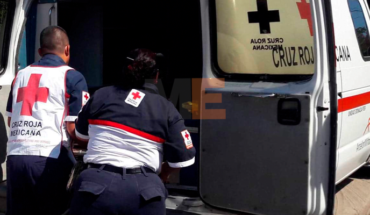 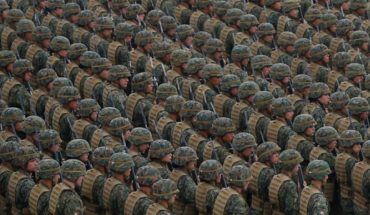