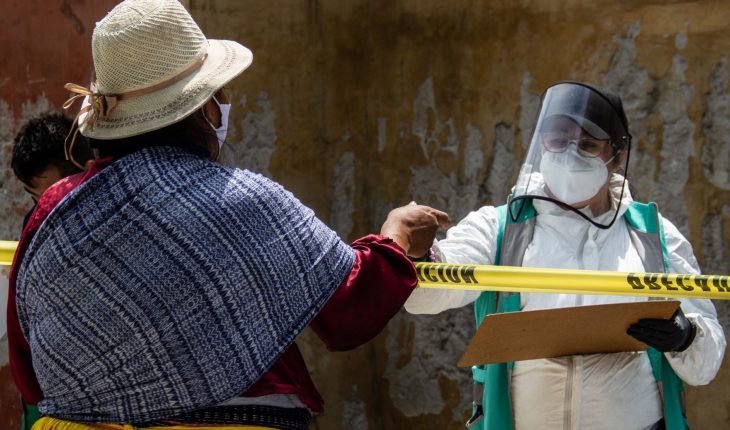 The «Social Policy» chapter of President Andrés Manuel López Obrador’s Second Government Report begins by focusing on the population it recognizes as most unprotected and vulnerable: indigenous. But it is noted about the achievements of programmes that during 2020 suffered cuts from austerity measures or that have registered sub-exercises since last year.
This is the case of the Indigenous Rights Program, of which some of the money goes to the Indigenous Women’s Houses and Afromexicana (CAMI), which since May they have started a struggle to prevent their budget from being taken away.
The Report presumes, without giving a single financial fact, that «support was granted to the Indigenous and Afromexicana Women’s Houses for advice, case monitoring, accompaniment, translation and channeling for indigenous and Afro-Mexican women in situations of gender-based violence» in favour of 39 thousand 850 people, although a footnote clarifies that this figure is from 2019. He then states, «concertation agreements were signed and the resources allocated to each of the Houses for the implementation of the projects were transferred in the second half of 2020.»
Read: The Hound: Verified AMLO data, figures and phrases from the Second Report
What the report does not mention is that the money that was finally distributed was half of the 30 million that were originally labeled for these spaces, and that the reason the money will be to execute projects in the second half of the year is because in April the Ministry of Finance suspended the call launched since February to access these subsidies. THE MEUs operated only with voluntary work and without a weight from the government, during the hardest of the confinement of the pandemic by COVID-19 and the increase in family violence.
In addition, the Treasury report to the Chamber of Deputies in the second quarter of 2020 you can see that the entire Indigenous Rights Program has an increase of almost 83% compared to the schedule. And the report for the last quarter of 2019 showed a 32% budget cut during the year.
Another programme for indigenous peoples whose results are presumed is the Indigenous Infrastructure Program: 524.1 million in land communication works, a.320 million in drinking water, electrification and drainage works.
But again, the Treasury’s quarterly report with cuts until last June had realized that it is one of the programs with the highest sub-exercise, since only 18.1% of the budgeted has been invested.
The Second Government Report also highlights as respect for the rights of the original peoples the Consultations that have been made for megaprojects of this six-country, despite the questions that have involved them. It lists, for example, that of the Maya Train, which was even criticized by the UN; and the follow-up to the agreements with the people of Xaltocan, State of Mexico, for the works of the airport of Santa Lucia, although Animal Político has documented the complaints of its inhabitants for government violations.
It presumes gender studies that will be canceled
As with CAMI information, the Report mentions other gender actions made last year, but which are actually undergoing cancellations in 2020.
Referring to innovative topics being addressed by the National Women’s Institute (Women,» he points to the design of a National Care System to reduce and redistribute the workload in them, for which, among other things, «3.18 million pesos were earmarked to carry out 10 studies».
However, last July 16, after the Government Board approved the 75% cut in the operating expense of The Inmujeres, its owner, Nadine Gasman, said in interview that it is just the studies and research that this budget reduction will impact.
The paper adds that Mexico has excelled in the last year as a regional leader in gender statistics with events that contributed to having tools that measure inequalities and sexist violence. But the head of the National Institute of Statistics and Geography (Inegi), Julio Santaella, warned a few days ago that if the Treasury cuts the institution’s budget by 2021, the national Survey on the Dynamics of Home Relations (Endireh), which reveals figures on gender-based violence, is at risk.
Of one of the most visible actions to protect women, the Gender Violence Alerts, which a few weeks ago were in the eye of the hurricane because the states with more femicides received trades that they would be canceled the budget and then the government denied it, there is no in the Government Report nor a single damoney or results.
Only 21 sessions of the Working Groups are listed to analyze applications and 33 sessions of inter-agency and multidisciplinary groups that follow up on those already declared. While last June’s Treasury report revealed that until half a year, nothing budgeted for this mechanism had been transferred to the states
What we do in Animal Político requires professional journalists, teamwork, dialogue with readers and something very important: independence. You can help us keep going. Be part of the team.
Subscribe to Animal Politics, receive benefits and support free journalism #YoSoyAnimal. 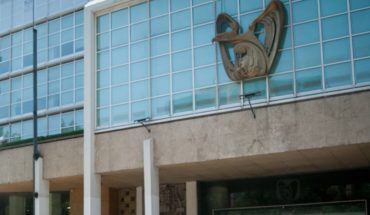 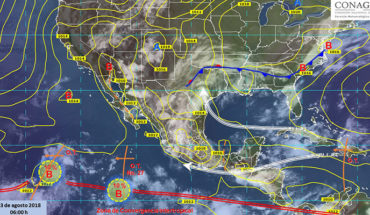 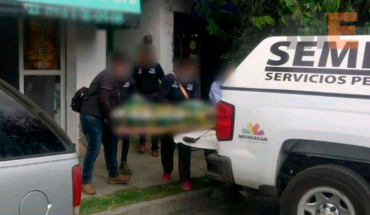