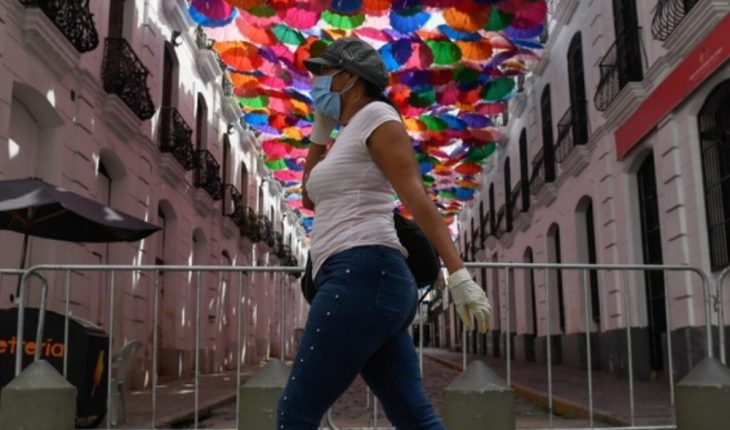 England.- A woman who claims to have been rejected from more than 3,000 jobs believes she may have been rejected because she has a disability, and claims that some employers seemed «interested» until they discovered she was deaf. Kellie Wilson, 33, has been busy applying for thousands of positions over the past two and a half years, including everything from cleaner and dishwasher to container picker and supermarket worker; anything that doesn’t involve talking on the phone.
Stay informed about what matters most to you

However, despite the job search since the summer of 2017, he has been unable to achieve anything, leaving his trust in ruins.

Wilson, of Middleton Tyas in North Yorkshire, had previously worked in the probation service at Student Loans Company. She now fears being rejected by potential employers because of her disability, claiming that some companies have shown interest but stopped responding after she told them she couldn’t do an interview over the phone.

Women have also suffered from the covid-19 employment crisis. Pixabay

She told ITV News: «I’ve had a few times when I sent my resume and received an email from the company and they said they were really interested and wanted to do a phone interview. I can» I don’t use the phone because it doesn’t allow me to read lips.» I offer you other ways to get in touch: email, messaging, Skype, anything other than the phone. And all of a sudden they don’t respond.» She added: «It’s extremely frustrating because I know I can do the job and they (were interested) before I found out I was deaf.

Kellie Wilson has applied for 3000 jobs in over 2 years – anything that doesn’t involve talking on the phone. She says many employers are keen until they find out she’s deaf… and she now fears it’ll be even harder as unemployment rises. Read more: https://t.co/gsb5N4ElE7 pic.twitter.com/bXAWODQYZh — ITV News Calendar (@itvcalendar)
September 7, 2020

«It’s exasperating, it really damages your self-esteem and your confidence. It hurts, I start thinking, ‘Is it me, am I useless?'» Wilson has also been diagnosed with depression and anxiety ‘related’ to her unemployment, and finds it difficult to get out of bed every morning, but knows she has to support her family.» People are discriminating so much that I feel like I’m not worth it, somehow,» he said. «That makes it harder to get up in the morning, but I try, and it takes a lot of energy to do it.» You may be interested: Kanye West will be elected as presidential candidate in MississippiJeff Bezos is the richest American in the world for the third year in a rowThe dead by Covid-19 today September 08 in Brazil reach 127,464