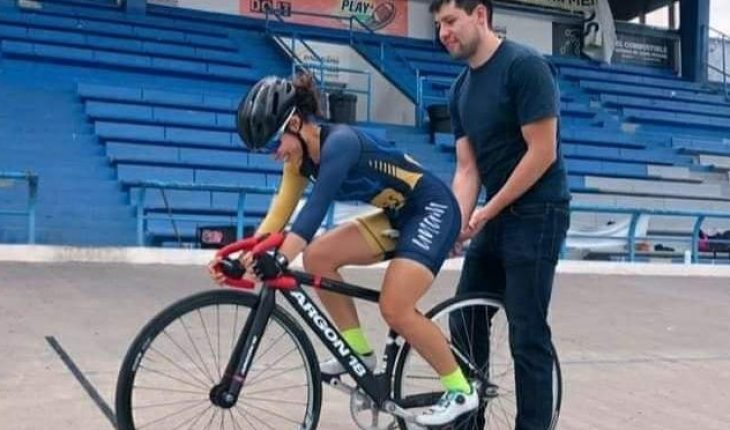 Alexia Fernanda Ordóñez Mejía was a young Mexican cycling promise whose passion for the sport was instilled in her father, the also former high-performance athlete, Emilio Ordoñez Amador.
Both died this Sunday in the State of Mexico, hit while cycling on the Mexico-Pachuca highway. The alleged cul-responsible is Jonathan “N” a 29-year-old who was apparently driving in a drunken state.
Alexia Fernanda, 20, was a member of the UNAM cycling team, where the young woman was pursuing an oil engineering degree.
She alternated her studies with her trainings, which was very demanding for her.
He competed in the last national championships of Chihuahua and Aguascalientes with the UNAM team, both en route and track.
Lee: Cyclist Alexia Ordóñez and her father die when they are hit by motorists at the Edomex
For a long time Alexia Fernanda trained Taekwondo, but later he devoted himself to cycling, a passion he shared with his father, who in the early 1990s was selected from the sport by Mexico City (CDMX).
At least two or three weeks father and daughter went out to shoot together. “They both enjoyed the rides and the passion for cycling”José Luis, Uncle of Alexia Fernanda and brother of Emilio, 47, recalled.
Emilio, for his part, was a Bachelor’s Degree in International Relations from UNAM, but with a police major. He had a Master’s degree in Public Administration and served as an official of the Secretariat of Citizen Security (SSC) of the CDMX.
To say josé Luis, the relationship between Emilio and Alexia Fernanda was very close, very direct and open. “They took them more as friends than as father and daughter.”
After learning about the death of the young college athlete and her father, the cycling club where Alexia Fernanda participated sent an emotional message on her social networks to family and friends of the victims.
“We were devastated by sad news, to a young friend and cougar companion with a promising future in cycling, a future oil engineer, who very early next to her dad, as was her routine, went out to train on the Mexico-Pachuca highway and was taken her life by a reckless motorist, leaving her family, friends and cycling community plunged into immense sadness , we’re going to miss Fernanda Ordóñez Mejia. The Puma MTB team wants your family and friends to find an early Q.E.P.D. resignation”.
Versions found
The Attorney General’s Office of the State of Mexico reported that it will be this Tuesday when the legal status of Jonathan “N” is determined, who upon arriving before the Public Prosecutor’s Office “there was no indication that he was in a drunken state”, the institution acknowledged at the question of Political Animal.
According to sources close to the indegatorias, in his ministerial statement, the alleged perpetrator assured that he did not run over Alexia Fernanda and her father Emilio.
Read: Two riders are being run over in the CDMX; one of them died
The young man argued that the two cyclists were beaten and ran over a trailer, so the bodies were lying over the vehicular stream when he was driving around.
He assured that when driving his vehicle he dodged Emilio’s body, not Alexia Fernanda’s body that dragged for several meters, to crash into a retaining wall.
If the land transit opinion comes against him (i.e., he was to blame in the mishap), he would be allowed to enter a criminal for a judge to determine his legal status.
Contrary to what was reported by the Mexican State Prosecutor’s Office, for José Luis Ordóñez Amador there are enough elements to determine that Jonathan “N” was alcoholized at the time of the hit-and-run.
“It is confirmed in the minutes by the legist physician and by the Federal Police himself that Jonathan was alcoholized. The minutes state that the 29-year-old was in a drunken state”.
More. He said the argument that it was a trailer that ran over his niece and brother “makes no sense, because if it had been a trailer we weren’t burying the bodies of my niece and brother.”
He explained that the impacts on both bikes are of a small car and not of a large one, as the alleged perpetrator contends.
José Luis further said that the Public Prosecutor’s Office investigating the case asked them for a period of 15 days to give them a preview of the investigation they are conducting.
“All we ask is justice. We don’t want these kinds of actions committed by an im personprudent harm the effort made by many people who love this sport. All we want is for the PROSECUTION to do its job and punish the person responsible.”
What we do at Animal Politics requires professional journalists, teamwork, dialogue with readers and something very important: independence. You can help us keep going. Be part of the team.
Subscribe to Animal Politics, receive benefits and support free journalism.#YoSoyAnimal 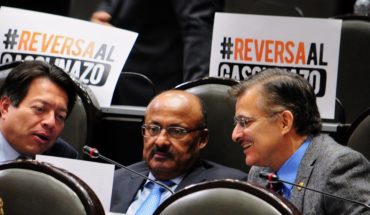 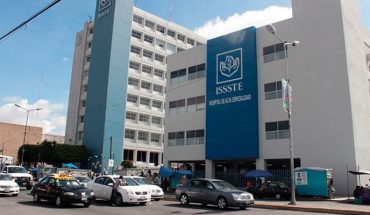