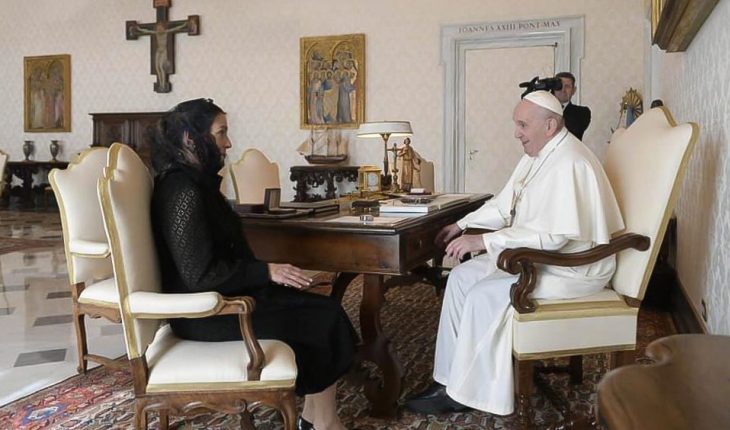 Beatriz Gutierrez Muller met with Pope Francis at the Vatican where he was given a letter from President López Obrador.
During her european tour, the representative’s wife met with the Catholic circler with whom she spoke about current affairs and solutions, as expressed by Gutierrez Muller on his social media.
The president also commented on it on his Twitter account writing that he respects and admires the religious leader and head of state.

Beatrice met with Pope Francis, whom I respect and admire as a religious leader and head of state. He told me that he treated her with affection and expressed his willingness to maintain good relations for the good of the people. Here’s the letter I wrote you: https://t.co/mEGZAdAaAc pic.twitter.com/x0fG2NpHJj
— Andrés Manuel (@lopezobrador_) October 10, 2020

Lee: Beatriz Gutierrez Muller will work on the rescue of historical archives
In the letter to Pope Francis, López Obrador recalls when they met five years ago in St. Peter’s Square in the Vatican and gave him a missive expressing his admiration for the Pope’s work on behalf of the poor and humiliated.
He also explained that his wife’s trip aims to obtain loans from codices, objects and documents from Mexican history so that they can be exhibited in the country in 2021, as part of the 700th anniversary of the founding of Mexico-Tenochtitlán, the 500th anniversary of the Spanish invasion and the bicentenary of Independence.
López Obrador reiterated that both the Catholic Church, the Spanish Monarchy and the Mexican State must offer a public apology to the original peoples for the atrocities committed against them «from the Conquest of 1521 to the recent past».
Europe tour
The president’s wife is touring Europe where she was first in France and met with first lady Brigitte Macron, with inaugurating the exhibition «Los Olmecas y las culturas del Golfo de México» at the Quai Branly-Jacques Chirac Museum in Paris.
He then traveled to Italy where he met with President Sergio Mattarella and handed him a letter from the president requesting two pre-Hispanic codices for display in Mexico in 2021.
Through his Twitter account, López Obrador explained that his wife visits on his behalf several rulers and heads of state of Europe to obtain various archaeological and historical objects of Mexico in order to exhibit them next year in the country.
What we do at Animal Politics requires professional journalists, teamwork, dialogue with readers and something very important: independence. You can help us keep going. Be part of the team.
Subscribe to Animal Politics, receive benefits and support free journalism.#YoSoyAnimal 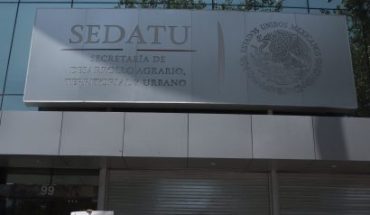 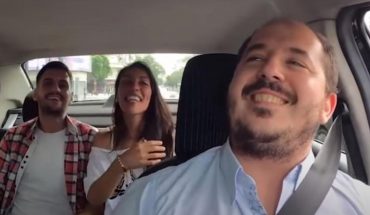 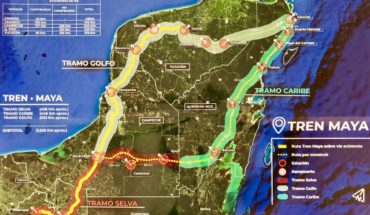