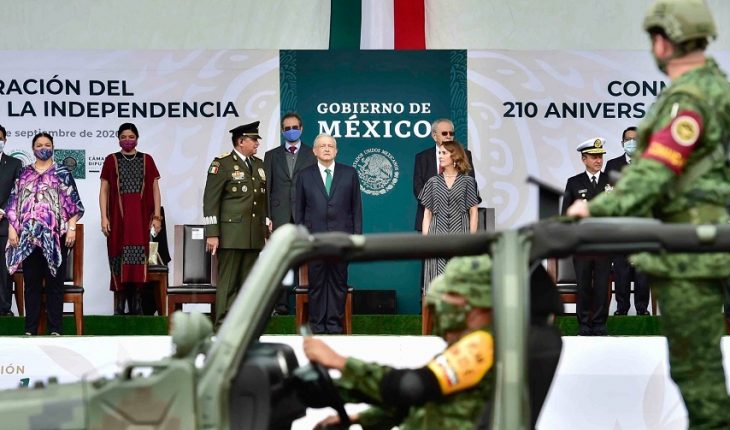 A federal judge concluded that the agreement issued by President Andrés Manuel López Obrador last May to empower the armed forces to intervene, over the next five years, in public security actions ranging from making arrests on their own, to participating in operations to “re-establish order” or overseeing immigration crossings, is unconstitutional.
Although the agreement was issued on the basis of a constitutional reform passed last year, which allows the armed forces to collaborate in security actions as long as the National Guard is formed, the judge said that this action must be exceptional, audited and subordinate to the civilian command, none of which is fulfilled as ordered by the president.
Find out: NGO wins first protection against AMLO agreement for military use in security tasks
“The agreement claimed is unconstitutional because it shows that the responsible authority (the president) has incorporated the Armed Forces into the ordinary and permanent system of internal security in peacetime, in contravention of the constitutional conditions of validity that on the action of the armed forces in peacetime has established the jurisprudence of the Supreme Court of Justice of the Nation” , concludes the sentence handed down by the judge
This decision of Judge Martín Adolfo Santos Pérez gave rise to the granting of an amparo promoted by the civil organization Mexico United Against Crime (MUCD).
In the 94-page ruling, the courthouse establishes a number of factors each of which show that López Obrador exceeded the limits of the Constitution by issuing an overly general agreement that does not regulate military intervention that should only be of an extraordinary and exceptional nature.
The mere fact that it is pointed out that the armed forces can intervene in security while the National Guard is finished, it is not from the judge’s point of view a situation that justifies by itself the granting of an armed force a task that conventionally belongs only to civilian police.
“This, since at no time is it justified why this formation (of the National Guard) can cause such a situation of danger, this Court finds that, to date, there are civil elements that can be provided by the public security service, without the intervention of the Armed Forces,” the judgment states.
Judge Santos Pérez adds that the five-year period that constitutional reform set for the armed forces to collaborate on security tasks while finishing up conforming to the National Guard is not in itself an open letter to decide, de facto, that for all that time the military can participate in this task openly.
On the contrary, the judge points out, that period is only so that, if exceptional situations occur that the National Guard could not attend because it is forming, then there are elements of the armed forces to intervene, but with an action clearly defined to a specific period and territory.
None of the above, the sentence stresses, complies with the presidential agreement, which practically normalizes for five years military action not subject to territorial limits or in response to specific situations.
“It is clearly unjustified and disproportionate determination if it is taken into account that not all federal entities are in the same security or insecurity situation, as the case may be. Taking into account the region of the country in which we are located, it can be observed, with medium ease, that not all the states of the country live the same degree of insecurity on the streets,” Santos says.
That’s not all. The federal judge also points out that the agreement fails not to clearly define that military action in security tasks must be subordinate to civilian command, as indicated by approved constitutional reforms and various national and international jurisprudence.
On the contrary, the judge explains, President López Obrador merely defined a “coordinated” action in the agreement between military and civilian command, which in no way means a hierarchical subordination, but rather a peer-to-peer work.
In addition, it was also not clear from this “coordination” agreement which protocols for the use of force the elements of armed forces involved in security should be aligned, or which authority would be responsible for auditing and, where appropriate, sanctioning their action.
“The agreement complained of is so vague that it cannot be clearly established which authorities the Castrenean authorities will submit to, for the proper control of their public safety actions. Omission that causes a state of legal uncertainty to the detriment of the fundamental right under constitutional Article 16,” concludes the judge.
And what happens now?
In fact, the decision declared by federal judge Martín Adolfo Santos Pérez (and which can be appealed by the federal government) only benefits the organization that promoted it. Its effect is that MUCD cannot be affected by any armed force acting in accordance with the agreement indicated.
However, as members of MUCD and other organizations and collectives have previously explained, the promotion of these protections is part of a strategy aimed at formulating judicial criteria on the intervention of the armed forces in public security, which will in the end lead to the formulation of some jurisprudence or even cause the case to reach the Supreme Court.
What we do at Animal Politics requires professional journalists, teamwork, dialogue with readers and something very important: independence. You can help us keep going. Be part of the team.
Subscribe to Animal Politics, receive benefits and support free journalism.#YoSoyAnimal 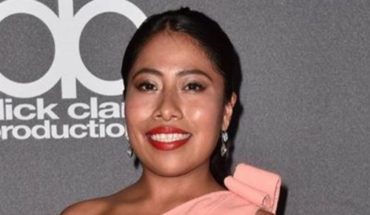