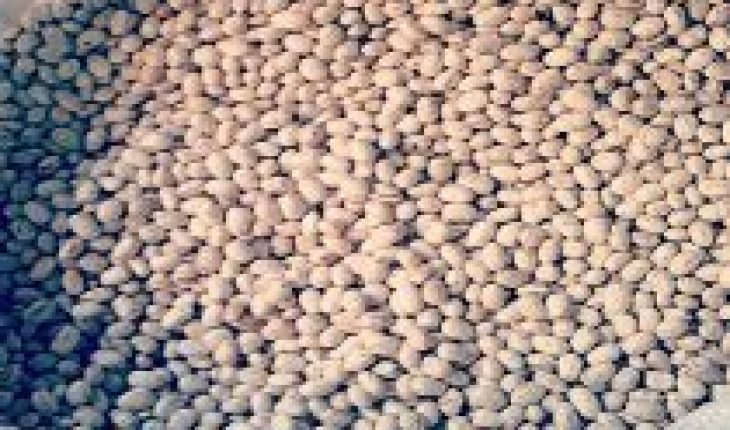 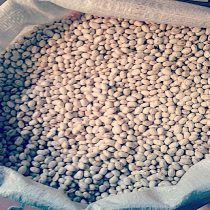 At the beginning of the Covid-19 pandemic, the country faced a shortage of legumes caused by a set of factors. On the one hand, in the face of a situation of stress, fear and anxiety in the face of quarantine measures that complicated the departures, there was oversupply at the family level; that is, families who suddenly bought three or four times their usual amount of legumes, under the reasoning which is a non-perishable provision that can be consumed in an emergency. This shift in consumption can also be understood in response to the economic impact of the crisis on households, seeking to replace animal proteins with lower-cost vegetables. In addition to the above, the increase in the consumption of legumes relates to the quarantine health measures that included the closure of schools and telework for those of us who are not workers of first need. Staying at home involved taking over food that was previously resolved in day care centers and school casinos for the little ones, and in institutional canteens, restaurants or a step-by-step purchase for those of us who worked away from home. In this sense, the #quedarseencasa, also involved preparing and consuming what is traditionally the highest food intake of the day, i.e. #almorzarencasa.
In addition to rising family demand for legumes, there was an unexpected increase in institutional demand. The measures implemented by the government to adapt and leverage the nutritional effects of the crisis resulted in a transformation of school feeding programs, from a serving of prepared food to a box of ingredients to be withdrawn and prepared at home. In addition to the experience of the Boxes for Chile, they created a sudden pressure on the available stock of legumes. So much so that there are cases where the desupply of legumes was such that in the boxes were replaced by couscous – food that not only lacks a comparable nutritional contribution, but is also not rooted in national culinary practices.
The government’s response to the desupply of legumes evidenced by the end of May was an international injection of legumes imported from Canadian agribusiness. Import of 240 tons of legumes that the Minister of Agriculture, as a faithful believer in the efficiency of the invisible hand of the market, predicts that they will «allow to regulate prices and secure stock», while detracting drama from the desupply, ensuring that Chile was not a great consumer of legumes.
Since the mid-20th century, there has indeed been a downward trend in legume consumption. This is part of a global food transition process where the composition of the average diet shows a sustained increase in animal protein consumption. Popkin (2001) argues that in most countries of the world there is an increasingly accelerated diet change, in which consumption points to a diet high in fats and refined carbohydrates, in dismease from the consumption of grains and fiber. Chile would be in the penultimate phase of this nutritional transition, and in terms of legumes, its per capita consumption has declined steadily since the 60’s.  In the last decade alone, an average annual rate of -2.7% decreases, resulting in Chileans currently on average eating only 1.3 kilos of beans, 800 grams of lentils and 200 grams of chickpeas per year, a decrease that is accentuated in the younger population. This is quite far removed from the recommendations of WHO and the Ministry of Health, which suggest consumption of 2 or more weekly rations of legumes.
Not only would we no longer be the large consumers of beans that we used to be, but we are not big producers either: if in the 1980s the cultivated area of legumes was between 100,000 and 150,000 hectares, in the last decade it is in the order of 20,000 hectares, and without significant growth in their yields (Baginsky, 2018). The causes of productive loss are due to decisions of great domestic agriculture in the context of the global food market; on the one hand there is a low-cost supply of legumes from countries such as Argentina and Canada, while policies such as «Chile Power Food» put incentives on higher-yielding crops. While the drop in production coincides with the drop in consumption, a joint analysis of supply and demand shows that the loss of ourthis productive capacity has been faster than declining local demand and its causes also fall on trade policies that favor profit over food security and sovereignty.

During the pandemic there are signs that this trend is reversing, at least temporarily. More than obsolete, as the minister’s sayings suggest, plant proteins are at the heart of state food strategies to overcome the nutritional effects of the economic crisis.  This juncture is an opportunity to enhance initiatives such as those of INIA, which seeks to recover domestic production by improving conditions for small agriculture, the main local suppliers of legumes through free fairs. While import represents short-term savings in already tight household budgets, it is good practice in the work of public policies to also calculate the opportunities missed in each political decision. A medium- and long-term analysis would reflect losses in food sovereignty with effects on multiple edges. For example, from an agricultural point of view, we miss the opportunity to revive a short value chain of local supply of quality products, for the benefit of the consumer and small agriculture; and at the same time, reducing the ecological footprint of the transaction. We also miss the opportunity for greener management with rotation systems, where legumes allow to decrease the use of agrochemicals.
These days, unfortunately we see that while the import of Canadian legumes allowed Minister Walker to earn a bean in terms of his political rating, in his prognosis he was more lost than a poroto in sea paila, and that is that the promise of the media import of legumes to, in theory, provoke rapid self-regulation of the market, has not been fulfilled to date. According to ODEPA, since the end of May the prices of legumes at fairs, where 70% of households buy fruits and vegetables, have been increasing: for beans exceeding $3,200 pesos per kilo, and for lentils in the order of $2,600 pesos per kilo. What is striking is that the decrease in prices has occurred for beans in supermarkets, where you have an advantage of scale for import and efficient distribution to the sectors best provided with these sales channels. In other words, we see that the recent import has had an uneven effect depending on sales channel. Added to this are the impacts of massive purchases for the Cajas emergency program for Chile, the temporary closures of free trade fairs, and the limitations that the pandemic has introduced for «going shopping», which in turn have meant an increase in purchases with virtual applications. The aforementioned factors have the potential to, together, re-concentrate a supply market, privileging large retailers over small and medium-sized agriculture and traditional sales channels. Consequences of the above are the homogenization of supply, erosion of food practices and local products and damage to local economies, both producers and intermediaries and traders.

The harmful effects of low production and consumption of legumes are not limited to the plans of the economy, agriculture and local trade, but also to health. The Food and Agriculture Organization of the United Nations (FAO) declared 2016 as the year of legumes and under the heading «nutrition seeds for a sustainable future» highlighted its multidimensional benefits: they are nutritious, they are a contribution to human health, they contribute to combating climate change, they protect biodiversity, and they are a bastion for food security. In addition to these advantages, we can identify other goodness of micro-scale legume consumption, related to their character of democratic proteins: legumes are an alternative to consumption of high nutritional standards, and quite affordable, being at a much lower price than animal proteins. In addition to their attractive price, it is easy to get them on the market; these can be purchased in supermarkets, mini-markets, free fairs, bulk warehouses, among other types of local trade. Another point in favor of legumes is their easy preparation and storage in homes; it is enough to boil them to be edible, and well stored are of high durability. Finally, and without less merit, in countries like ours legumes are associated with an idea of home-cooked food or comfort food, that is, a comforting and nutritious dish, capable of providing that «home heat».
The crisis generated by the pandemic, coupled with the crisis generated by decades of unconformed(d) with the production, economic and public policy model creates a unique juncture to generate changes in the micro-daily and macro-economic levels.  In recent months, we have seen the emergence of alternative sales channels connecting agricultures with local consumers; families cook together and for some of these it is done more fairly in the distribution of tasks between men and women than in previous generations or even pre-pandemic. The broad agreement of the plebiscite of 25 October which shows dissatisfcordance with the economic model also calls into question the current agricultural and food marketing policies. It is time for a new pact on the modes of production, consumption and marketing of food that privileges nutrition, food security and well-being in our cities and fields, and to make our traditional saying «more Chilean than beans» real again. 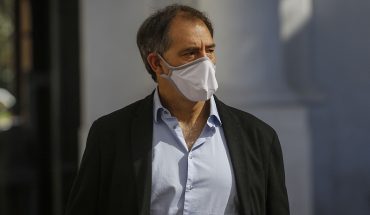 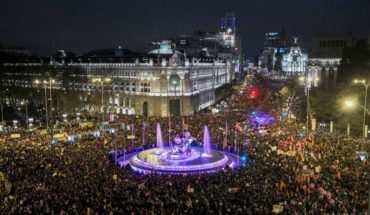 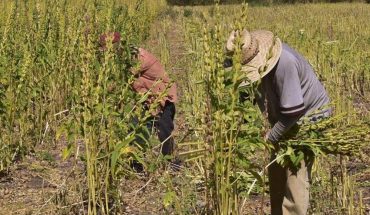