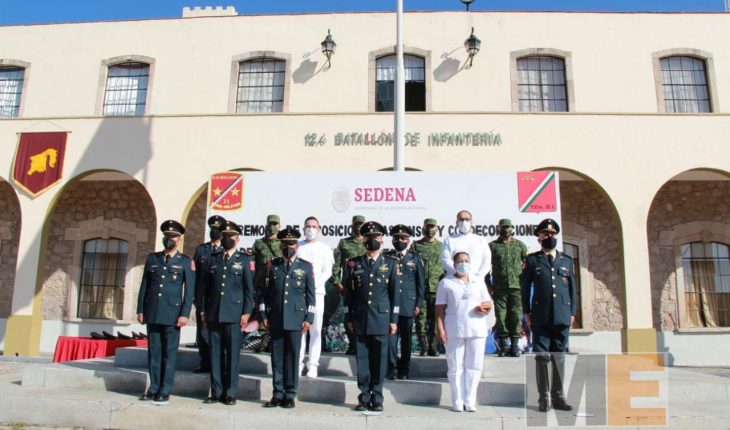 Charo, Mich.-As part of the 110th Anniversary of the Mexican Revolution, four military personnel were decorated, four others were promoted and three decorations were given «Miguel Hidalgo» to three nursing elements of the Hospital de Altas Especialidades of the ISSSTE de Atapaneo
Brigadier General Sergio Armando Barrera Salcedo, commander of the 21st Morelia-based Military Zone, congratulated the elements that work for citizenship at this time of Pandemic.
On the decorated it was said that they are four medical elements, one woman and three men.
It was also promoted to four military elements to the upper immediate position.
«The Mexican Army is an institution that at all times fully evaluates and recognizes professional dedication and the degree of preparation to reward those of its members who today become creditors to a promotion, with a well-deserved congratulations and recognition of their effort, constancy and dedication to achieve such longed-for success,» said the commander of the Military Zone.
He also congratulated the person and extended it to his respectable family recognizing that they are a fundamental part of assisting with the military’s effort. 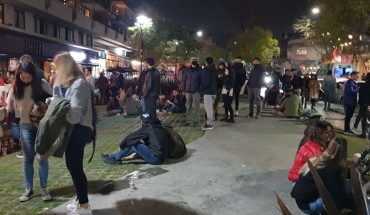 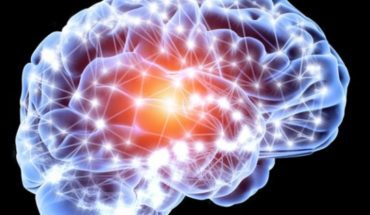