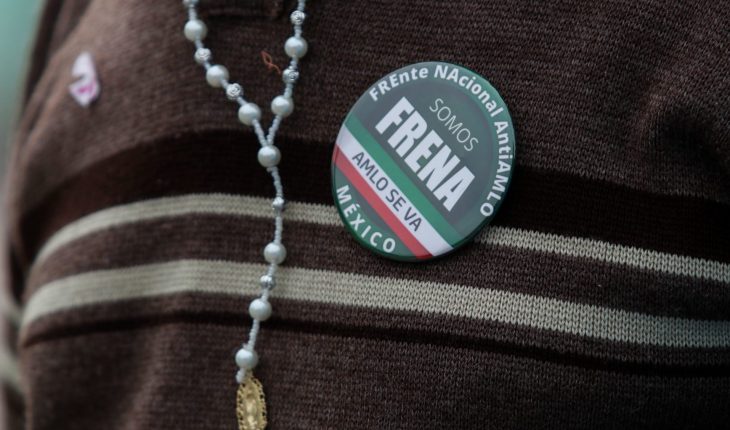 As a form of pressure for President Andrés Manuel López Obrador to leave office, the National Anti-AMLO Front (Frena) announced this Saturday the intention to create a “national economic unemployment”, in which they will include a boycott in the payment of taxes.
Gilberto Lozano, leader of Frena, noted that economic unemployment should last between 15 and 20 days.
Lee: Frena announces provisionally withdrawing zocalo seedboard
“We declare the beginning of a boycott of the payment of taxes. We declare at this moment that we are going to hang the pig because we are not going to give him a penny,” he said during a rally held at the Angel of Independence after marching from the Monument to the Revolution.
The leader said there will be a boycott of the entrepreneurs who support the current government and the list of “colluded” companies will be published on its page so that they are not financially contributed.
“It’s going to cost us work, but we have to go hard, governments are dying because they don’t get money, that’s what we have to do, not money to the government,” Lozano added.
At the rally that began from 10 a.m., numerous people met with Mexican flags and banners with messages addressed to the representative.
Protesters walked over Avenida de la Reforma shouting slogans such as “Outside AMLO”, “Resignation”, “Leave the Presidency”, “We Don’t Love You”.
In the march there were also pre-Hispanic dancers and even a band that enlivened the journey playing various melodies.

Mexico’s Great Awakening??
1 Open your eyes and recognize that OUR “REPRESENTATIVES” DO NOT REPRESENT US
2) STRONGER FRENA ACTIONS:
Governments fall when their stock market is adjusted. We’re not going to keep Lopez and his environment anymore, #YoNoTengoPresidente @gilbertolozanog
— Official FRENA (@OficialFrenaaa) November 21, 2020

On November 15, the movement decided to remove the seed plank it kept on the CDMX Socket plate, which remained there for two months.
According to Frena, this decision was made for reasons of the safety of the protesters and “for the sake of Mexico”.
Although on social media the movement said that 160 thousand people were in the participation, the government of the capital said it was about eight thousand.
With information from Reforma
What we do at Animal Politics requires professional journalists, teamwork, dialogue with readers and something very important: independence. You can help us keep going. Be part of the team.
Subscribe to Animal Politics, receive benefits and support free journalism.#YoSoyAnimal 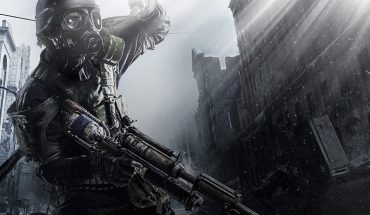 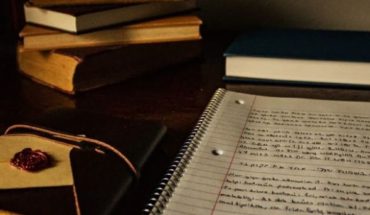 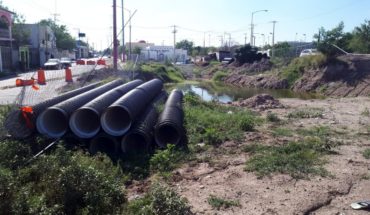