THE FIVE YEARS he remained in Texas Minor League Rangers will invest them in the process of returning to U.S. baseball. Odgar Arredondo has not given up his dream of reaching major leagues. He knows that work in the Mexican Pacific League is a master key to opening doors. Born in Culiacán, but spoiled son of San Pedro, Navolato, he soon receives great opportunity with Tomateros. He is part of the opener rotation and has responded to Benjamin Gil’s confidence. What’s more, last Saturday he won his first win, in the third outing. Its statistics guarantee efficiency, with a mark of 1-0, 2.00 PCLA, 15 strikeouts, 4 races in 15.1 innings. In the Texas Minors, from 2015 to 2020, he scored 32-27 with seasons of 7-3 and 6-2 and 353 strikeouts. Not bad. AT HIS 23 years old and seven years since he arrived at professional baseball – he signed for Tigres de Cancun of the LMB – at the age of 16, he confesses. «I have to present good numbers this campaign with Tomateros. I’ve had health problems, they made me lose seven kilos, but I feel better, I get my energy back and I’m on my right track to my recovery»
Stay informed about what matters most to you

«I’m also happy because my agent is in talks with Baltimore Orioles, who are following my career in the Pacific. I hope you don’t have health problems, keep regular with your cherries, and go back to America. If things go well, I hope that in December or early year, I will sign a contract with Baltimore or another organization,» the right-handed man said. No need to lose sight of it, IN FULL STRAIGHT final of the first round appeared the first slump of the season of Sebastian Elizalde. Since the last game in the series against Naranjeros de Hermosillo has not connected unstoppable in thirteen turns. In the first two duels in Navojoa goes from 9-0. The leader of home runs with 9 and productions with 32, loying serious contender for the triple batting crown. His average dropped from .349 to .302. There is time to get back on track and the only way to do it is patiently on the plate, don’t lose your cool and regain confidence. It is the main reference of the Culiacán.LA Tomateros offensive that YES has been patient is the directive of Cañeros de Los Mochis that keeps manager Victor Bojórquez at the helm, yet and his twelve defeats in a row that have them in the cold basement. Pedro Mere was only supported by eight online failures when he started campaigning with Mexicali and the Flamingo has been extended his support. How long? Maybe one more series. Too bad for the flattering start of the greens of 8-5.THE HONORES do not stop for Julio César Urías, the hairmaker of the moment in Mexico. The President of the Republic, Andrés Manuel López Obrador, received him at the National Palace with his father, Carlos. He also invited him to the national sports award, where Fernando Valenzuela was awarded for his exemplary career. Urías received congratulations and compliments from the first representative for the conquest of the World Series with Los Angeles Dodgers. The pride of La Higuerita gave him a Dodgers sweater. 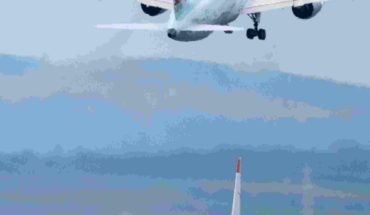