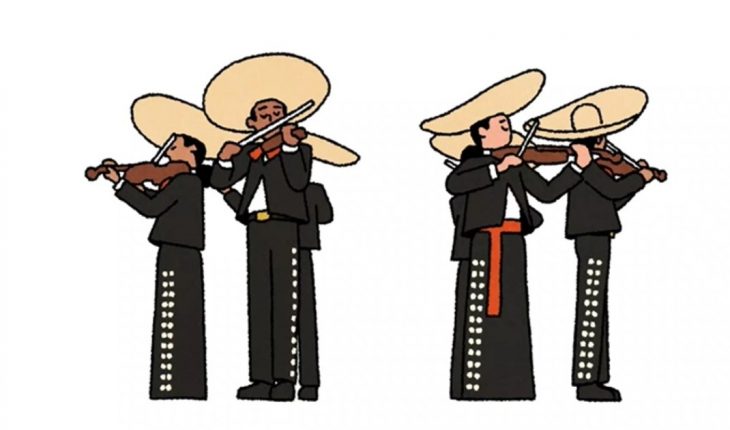 Google celebrates this Tuesday, November 24th in its Doodle to the musical genre of mariachi, an element par excellence of Mexico’s rich cultural heritage. The most famous search engine celebrates it through an animation video: a typical Mexican hat appears first that transforms into a man dressed in black who sings the song «Cielito Lindo» (which roughly translates from Spanish as «the charming sweet») is a symbol of Mexican pride and community. The video ends with a guitar in the middle of the Google logo, very representative of such groups. The mariachi band is performed playing the basic instruments of the musical genre, including guitarron (a six string bass), vihuela (a five-string guitar), violin, trumpet and harp, and wearing traditional charro costumes. Mariachi is typically characterized by a small group of musicians dressed in traditional clothes who perform a wide repertoire of Mexican songs. Mariachi may refer to music or musicians themselves. During a session on the week of 22 November 2011, UNESCO enrolled Mariachi in its Representative List of the Intangible Cultural Heritage of Humanity, which is why it was honored. The mariachi tradition was born in central-western Mexico in the late 19th century, although its exact origins are unknown. At first, the genre was strictly instrumental, composed of the sounds of stringed instruments, and eventually the voice and trumpet were added to the mix. In modern times, Mariachi’s music has been combined with elements of various genres, from jazz to reggae. Singers often add their best cry to express the thrill of vibrant music! No matter the variation, mariachi remains a strong representation of Mexican history and culture.