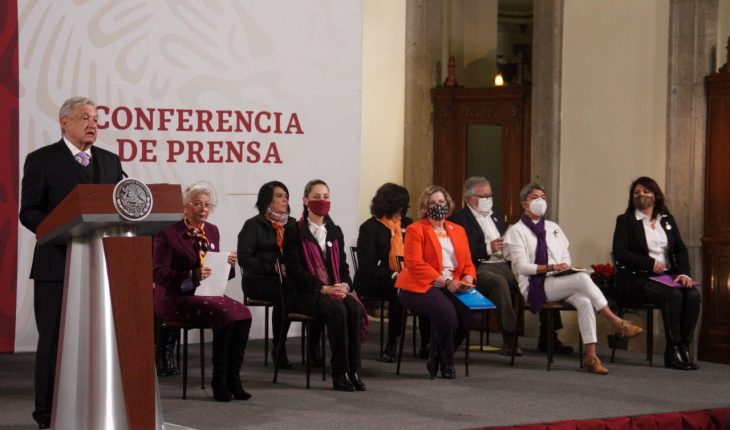 President Andrés Manuel López Obrador considered that the causes of femicide are the same as those of a homicide, and attributed them to social breakdown resulting from the neoliberal period, family disintegration and loss of values.
Do you consider the causes of a murder to be the same as those of a femicide, a journalist questioned the president.
Read: From Words to Sexual Violence and Beatings: Stories of Sexist Violence
«In general, yes, because there has been a lot of disintegration in families, a lot of loss of values and we need to fight for a better society, to enforce justice, because it does not dominate the material, to put before us love for one’s neighbour and to make everyone understand that only by being good we can be happy,» he replied.

For @lopezobrador_ the causes of femicide are the same as those of a homicide, and it attributes them to family disintegration and loss of values… but @M_OlgaSCordero I’m against it and he made sure it’s not.
Read more: https://t.co/a2MtdWsMmM pic.twitter.com/iWXWfIn5PP
— Political Animal (@Pajaropolitico) November 25, 2020

However, the Secretary of the Governorate, Olga Sánchez Cordero, updid the president and assured that the causes of femicide are not the same as those of a homicide.
«And you’re absolutely right, the causes of femicide are not specifically the same as those of violent homicide against a woman for other reasons, that’s what we’re dealing with every day,» she said during the morning conference.
In accordance with Article 325 of the Federal Criminal Code, the crime of femicide is committed by anyone who deprives a woman of life on gender grounds.
A homicide cannot be equated to that of a femicide, since when the murder of a man occurs they are hardly given on gender grounds. Femicide contains components of misogyny, cruelty, hatred and social and institutional impunity, according to Amnesty International.
López Obrador assured that the violence in Mexico is due to the inhuman model that prevailed during the neoliberal period.
She indicated that violence against women did certainly have to do with machismo, but also with the conditions of poverty, marginalization and economic and social inequality.
«All the violence in the country against women and men is the rotten fruit of a materialistic and non-human economic model that prevailed throughout the neoliberal period. There is a deep social breakdown in the country, because in 36 years what dominated was the material.»
As part of the International Day for the Elimination of Violence against Women, the representative assured that his government is no longer the main violator of human rights.
«One thing that is important and makes the government different from the previous ones is that this government is no longer the main violator of human rights. The state is no longer the main violator of human rights, because corruption, impunity, human rights violations are no longer tolerated. That makes a difference,» López Obrador said. 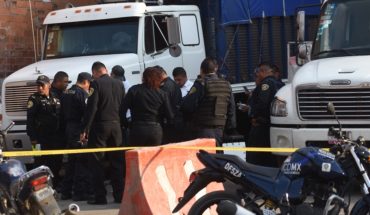 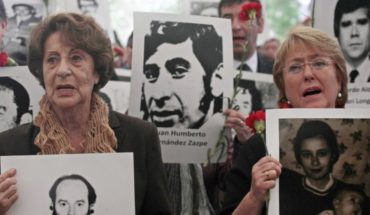