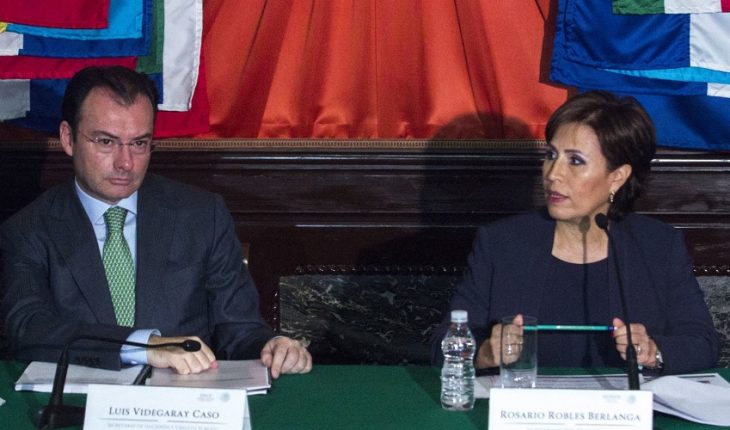 Luis Videgaray Caso, former Secretary of Finance and Foreign Affairs, responded to the points of Rosario Robles’ lawyer, Sergio Arturo Ramírez, who link him to the resource diversion scheme of La Estafa Maestra.
In a letter, Videgaray lamented that Robles accused him «without foundation» of trying to rid his legal situation and assured that there is «a fashionable mechanism» that seeks to blame him.
Read more: Oak Defense says diverted resources were used in Meade, Peña and Del Mazo campaigns
«Rosario Robles will be able to say many things, but what she won’t be able to do is prove lies. I had no involvement, directly or indirectly in the so-called ‘Master Scam’, let alone benefited from that alleged mechanism,» he published.

My comments to the public on the occasion of the statements of Mr. Sergio Arturo Ramírez, defense attorney of Maestra Rosario Robles Berlanga. pic.twitter.com/i7BG3PbJrS
— Luis Videgaray Case (@LVidegaray) November 24, 2020

He also refused to have had a power relationship over Robles when he was secretary of the Treasury and never instructed the collaborators of the former staff.
It detailed that the budget extensions received by Sedesol and Sedatu (involved in the diversion scheme) occurred in adherence to the law.
«The implementation of the expenditure, and the corresponding accountability, was the sole responsibility of each unit, not the SHCP,» he said.
The defender of the former secretary of Sedesol y Sedatu reported that Robles will testify before the Public Prosecutor’s Office about how the diverted money was allegedly used in four PRI campaigns, such as José Antonio Meade’s for the Presidency in 2018 and the 2015 one, when Alfredo del Mazo won in the State of Mexico.
For the former secretary it is a «wrong and immoral» strategy, so he commented that corruption «is not lying and making culprits.»
«The fashionable mechanism of ‘I save by blaming Videgaray’ has a limit, and that limit is truth and law,» he said.
On his Twitter account, Robles posted his decision to apply for the contributing witness figure and that «statements that have not been agreed with me» were issued this November 24.

I’ve decided to take in the figure of collaborating witness. At the moment that’s all I can report. Statements have been made that have not been agreed with me. I have instructed my lawyers to abide by the court proceedings. What I do have to say is that I will talk to the truth
— Rosario Robles (@Rosario_Robles_) November 25, 2020

Rosario Robles will work with the Attorney General’s Office of the Republic (FGR) to denounce the alleged diversion of resources that favored former President Enrique Peña Nieto and Alfredo del Mazo for the governor of the State of Mexico in 2017.
It is the same route by which he already chose whoever his major exoficial in the past six years, Emilio Zebadúa, who accused former Secretary of the Treasury, Luis Videgaray, of avalanating the scheme of deviations from the Master Scam to obtain resources that were used to promote the image of Peña Nieto and Osorio Chong, and in the alleged purchase of votes in elections such as that of the State of Mexico in 2017.
What we do at Animal Politics requires professional journalists, teamwork, dialogue with readers and something very important: independence. You can help us keep going. Be part of the team.
Subscribe to Animal Politics, receive benefits and support free journalism.#YoSoyAnimal 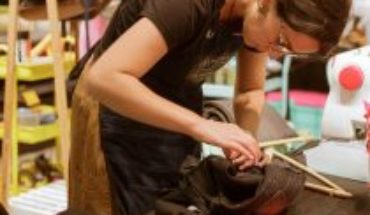 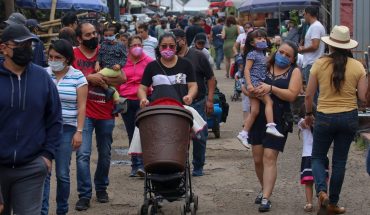 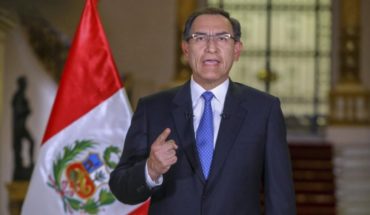