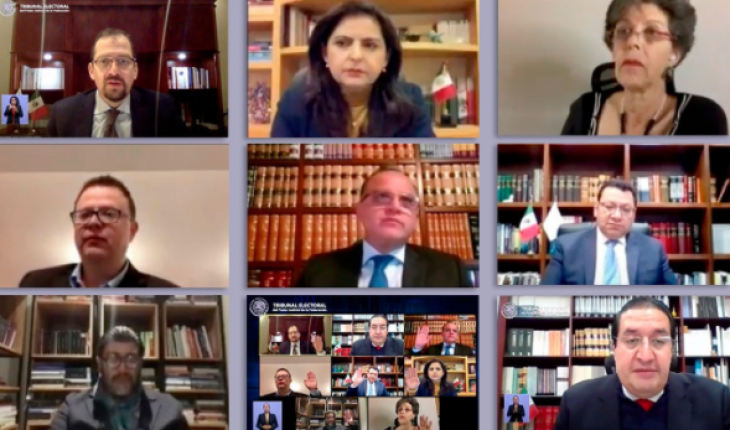 After a discussion of more than four hours, the Federal Electoral Court (TEPJF) approved ordering political parties to post female candidates in 7 out of 15 governors… but, hours later, a bulletin came in that minimized the mandatory nature of the resolution and changed the meaning of the vote.
Yesterday, the plenary debate whether parties should be «linked» or only «exhorted» to meet the gender parity criterion. A group of magistrates called for only parties to be encouraged to comply with this measure.
In the end, the majority of the magistrates (four against three) agreed that the parties should be linked, that is, ordered to run seven women in the next election. The measure is mandatory and thus settled in the public session and in the estenographic version of the discussion.
Read: Electoral Court orders political parties to nominate women in 7 out of 15 governments
However, the Court’s communication area last night issued a bulletin that changes the meaning of this vote: the mandatory nature is not mentioned, on the contrary, it says that parties can meet parity «as far as possible.»
Although the plenary ordered the nomination of 7 candidates, the newsletter says they postulate «as many women as possible.»
«Finally (the magistrates and magistrates), they agreed to link political parties to, as far as possible, in view of their internal provisions, in the elections of 6 June, as far as the selection of their candidacies for the governments, and respecting the principle of gender parity, they postulating as many women as possible,» the statement states.
Judges José Luis Vargas , president of the Superior Chamber – Indalfer Infante and Felipe Fuentes chose to only urge the parties to comply with parity.
While Janine Otálora, Monica Soto, Felipe de la Mata and Reyes Rodríguez supported mandatory linking parties to meet the parity criterion in the bernaturas.
The mandatory linkage proposal was from Judge Felipe de la Mata, who received the backing of three of his colleagues.
«I am not in favour of the proposed exhortation, and I am in favour of binding, directly, national political parties to have seven candidates for governor,» he said.
This morning, Janine Otálora wrote on her Twitter account that in discussing the matter, «the High Court chamber approved by a majority to link political parties to nominate seven candidates. At no time was it determined that this would be as much as possible, nor in view of the internal provisions of the parties.»

In discussing the matter, the Upper Chamber of @TEPJF_informa approved by a majority to link political parties to nominate seven candidates. At any time it was determined that this would be as far as possible, nor in view of the internal provisions of the parties.
— Janine M. Otálora (@JanineOtalora) December 15, 2020

Meanwhile, the Court’s communication area issued an information note on Tuesday, becoming aware that the 269th communiqué issued by the High Chamber on Monday, 14 December, where the meaning of the vote is changed, is what was finally reflected in the engrose of the judgment in SUP-RAP-116/2020 and accumulated.
«The wording that was sent to the media yesterday by our different platforms is the one that was approved,» he adds.
But if the estenographic version is reviewed, the vote that occurred in the public session is ratified: the parties must comply with parity.
This is how the magistrates voted:
PLEASE
1. Judge Felipe de la Mata Pizaña
«Yes, I am in favour of linking national political parties directly, to having seven candidates for governor.»
2.Magistrada Janine Madeline Otálora Malassis:
«I will vote in favour of the project I am presenting, with the proposal of Judge De la Mata, to link seven directly.»
3.Judge Reyes Rodríguez Mondragón
«I am in favour of the project and the proposal of Judge Felipe de la Mata to link political parties directly so that (…) seven governors to women.»
4. Master Mónica Aralí Soto Fregoso:
«I also agree with the proposal to link political parties to propose seven women.»
AGAINST
1.Judge Felipe Alfredo Fuentes Barrera
«I would agree to link federal and local congresses that comply with the transitionals of constitutional reform, of parity in everything. And finally, to urge political parties to comply with parity obligations in the nomination of candidates.»
2.Judge Indalfer Infante Gonzales
«I would also beto link federal and local congresses to legislate on this issue without giving them guidelines on this issue, and on the other hand, it would also be about to make an exhortation to political parties to nominate at least seven women.»
3.President José Luis Vargas Valdez
«I would be in favor of linking federal and state congresses to legislate for upcoming processes, and finally to urge political parties to reach the expected parity number.»
Resolution
After a discussion of what was voted and how it was voted on, The President José Luis Vargas Valdez concluded:
«It links the Union Congress as well as local congresses to regulate parity in gubernaturas before the start of the next electoral process, which immediately follows the 2022-2021, 20-2021 process.
And, fourthly, it is called upon, forgiveness, political parties are linked so that in the nomination of their candidacies to the gubernaturas of the present electoral process, they will take effect the principle of parity and that this is in line with what has been discussed today in this session and which is contained in the estenographic versions». (Page 61)
According to Otálota, public power and government have been predominantly masculine throughout history. The struggle for political rights has been public, but the rights achieved no. «They and they fought, but only they ruled.»
She emphasized that in Mexico only seven women have been elected as governors. And if we add up an interim governor and a substitute head of government, there would be nine in total.
Since 1953, 351 people have been elected to government, 98% have been men and only 2% women. In 25 states of the Republic, a woman has never ruled. 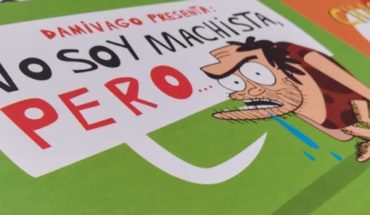