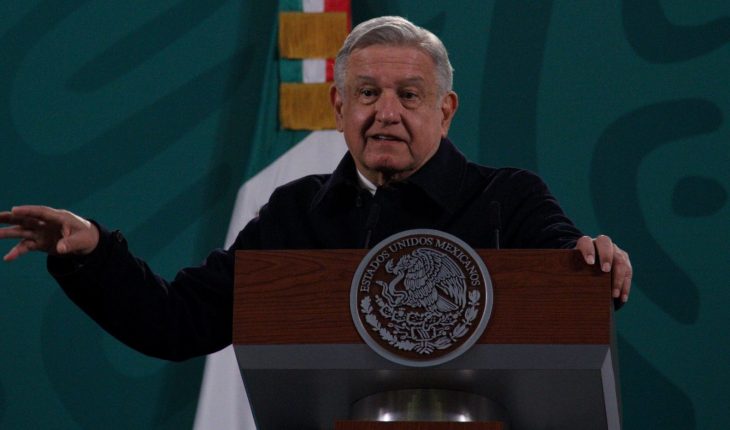 President Andrés Manuel López Obrador reported that the light service in the north of the country, following this Monday’s blackout, has been restored by 80%.
According to the representative, the service will be fully recovered between tomorrow and the day after tomorrow.
At his morning conference he said that the technicians of the Federal Electricity Commission have not stopped working to reactivate the service.
He noted that these kinds of experiences leave the lesson that Mexico should be self-sustaining and that the decision to buy natural gas from the United States to generate energy in our country was made in previous administrations.
López Obrador recounted that his predecessors preferred to buy natural gas in the US because it was very cheap thanks to actions such as fracking and that therefore they never created a plan or policy to extract it in Mexico.
«Now we must seek to be self-sufficient (…) that’s why we’re doing works like refinery because in technocratic logic it was why produce if you can buy it?» he said.
For its part, the National Energy Control Center (Cenace) reported that until the night of this Monday, a thousand 532 MW of those lost in the blackout were recovered.
«However, at 23:20 a.m. on February 15, 2,200 MW of cargo in the northern and northeastern regions of the country continue to be affected by unavailability of generation,» Cenace added.
On Monday, there was a blackout in several cities in the north and northwest of the country affecting more than 4 million users.
The affected states were: Nuevo León (Monterrey, San Pedro, Apodaca and Escobedo), Tamaulipas (Matamoros and Reynosa), Chihuahua (Juárez and Chihuahua), Coahuila, Durango and Zacatecas.
Cenace explained that the blackout occurred from the cold front, as well as the lack of natural gas supply by the United States, a hydrocarbon that is used to generate electricity in northern Mexico.
For its part, the CFE said that from 12 February it warned the Cenace about the scarcity and unavailability of natural gas, requesting the declaration of Operational Alert Status.
To solve the problem, the CFE made available to the Cenace «all energy from other sources of generation».
At a press conference, CFE officials detailed that some of the alternative fuels used are diesel and combustoleo, and that they come from states such as Colima and southeastern Mexico.
What we do at Animal Politics requires professional journalists, teamwork, dialogue with readers and something very important: independence. You can help us keep going. Be part of the team.
Subscribe to Animal Politics, receive benefits and support free journalism.#YoSoyAnimal