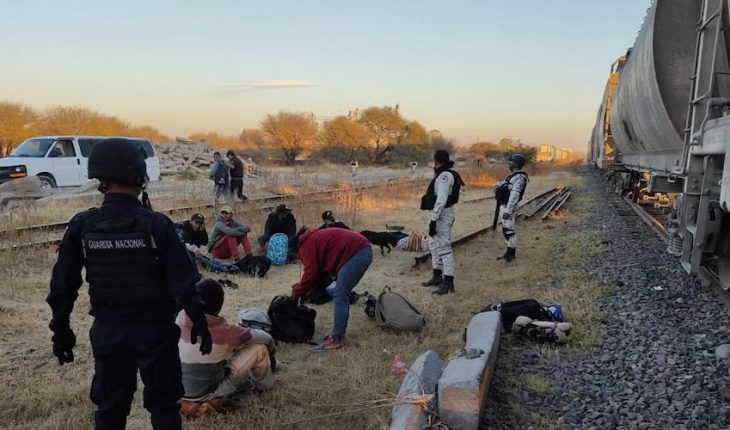 The National Migration Institute (INM) launched more than 50 operatives against migrants traveling on trains through Mexico, also known as «The Beast», and arrested 1,189 people, 30% of them minors.
In a statement, the institution run by Francisco Garduño made public that the operatives were launched since January 25, deploying agents for immigration control and verification on railways, railway stations and train maneuvering yards.
Read more | ‘For the first time we hear that there is a solution’: asylum seekers on the US announcement that they will receive them
The operations involved the secretariats of the National Defense (Sedena) and Marina (Semar), Guardia Nacional (GN), state and municipal police in the states of Tabasco, Chiapas, Oaxaca, Veracruz, Tlaxcala, Puebla and State of Mexico. According to the INM, the operation was developed to enable «a safe, orderly, regular migration, and the safeguarding of the integrity of those exposed to the risks of traveling on freight cars».
The statement, which speaks of detainees as «rescued» in the official language of the Mexican authorities, does not say what happened to the migrants. However, the usual procedure is that they are arrested, locked up in a migration station and subsequently returned to their country.

#Boletín 📄 Bulletin 📄 The @INAMI_mx reports that through 50 control and verification operations on railway tracks, stations and manoeuvres, 1,189 migrants have been rescued, 30% of them #NNA, from 25 January to the date. https://t.co/69MqBZrbli pic.twitter.com/lIxiFrvUlv
— INM (@INAMI_mx) February 16, 2021

Nor does the INM specify what it did with minors. This is a relevant point as, according to amendments to the Migration Act that entered into force on 11 January, they can no longer be locked in detention centres.
In addition to announcing operations against migrants in «The Beast,» the communiqué launches two politically charged messages. On the one hand, it points to a Facebook page for facilitating the organization of migrants. On the other hand, he is responsible upon arrival at Joe Biden’s White House for the increased flow to the United States.
«Through social media, so-called groups of migrants, such as the so-called ‘Friends of the Mexico Train’, share maps with routes, railway stations and shelters to rest,» the statement says.

#Boletín 📄 Bulletin 📄 The @INAMI_mx reports that through 50 control and verification operations on railway tracks, stations and manoeuvres, 1,189 migrants have been rescued, 30% of them #NNA, from 25 January to the date. https://t.co/69MqBZrbli pic.twitter.com/lIxiFrvUlv
— INM (@INAMI_mx) February 16, 2021

«In addition, the administrators of these digital platforms advise where to board the train and suggest taking children or traveling as a family, because in Mexico they are supported. They also recommend going to the Mexican Refugee Aid Commission (Comar), to be issued with a record of application to obtain shelter,» he continues.
The aforementioned Facebook page is presented for the purpose of «supporting Central American migrants on their valiant tour of Mexico on the ‘La Bestia’ train, towards the borders with the United States». Among the materials hung are videos of migrants on board the train with messages of encouragement and also several posts with missing persons information along the way and requests for information to find them.
Animal Politics contacted the administrators of the page pointed out by the INM, who noted «as Friends of the Train, we see that migration is doing its job, which is very laudable».
This is not the first time that the government of Andrés Manuel López Obrador has persecuted activists who accompany migrants.
In June 2019, the Attorney General’s Office of the Republic arrested Irineo Mujica, president of Pueblo Sin Fronteras, and Cristóbal Sánchez after a criminalization campaign by senior government officials such as the Secretary of the Governorate, Olga Sánchez. After five days incarcerated a judge in Chiapas released them and considered that there was no evidence against them.
About Biden, the communiqué claims to have asked the migrants in detention and that they ensured that the new immigration policy announced by the White House encouraged them to get on the road. «People traveling on these trains have referred in interviews with the institute that, in the face of the change in immigration policy by the new U.S. government, they are encouraged to arrive, by various means, in northern Mexico,» says the INM.
After the triumph Biden’ election, the representative ended the anti-immigrant policy developed by his predecessor, Donald Trump. Among its measures: to end the «Stay in Mexico» program, which forced more than 70,000 asylum seekers to wait for their appointment with the judge in northern Mexico, or end the construction of the wall.
President López Obrador said he celebrated the change in immigration policy at the White House after two years of alliance with Trump for immigration control.
The INM’s statement also claims to have detected «guides» aboard the train that take videos of the operatives.
«Derived from work at checkpoints, the INM has identified so-called ‘coyotes’ or ‘chickens’ from migrants frequently and expose them to the risks of travelling on train cars or under overcrowded conditions in cargo trucks,» the statement says.
At this point, the INM confuses two ways to travel to the US. On the one hand, the train, in which there may or may not be a «coyote» accompanying the migrants. On the other hand, cargo trucks in which dozens of people are transported overcrowded. The latter is always a route used by human trafficking networks.
This is explained by Rubén Figueroa of the Mesoamerican Migrant Movement, which recalls that in the last month the transit to the US was increased especially of people from Honduras affected by hurricanes Eta and Iota, which severely affected the Central American country.
Figueroa explained that in the last 48 hours 349 people were insured traveling in these trucks in Chiapas and Veracruz. «Although migrants are detained and deported, the traffic network has already received half the payment, which can be $4,000 or $5,» he said.
What we do at Animal Politics requires professional journalists, teamwork, dialogue with readers and something very important: independence. You can help us keep going. Be part of the team.
Subscribe to Animal Politics, receive benefits and support free journalism.#YoSoyAnimal 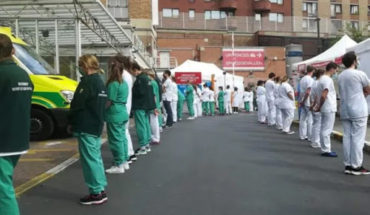 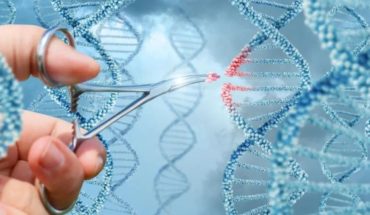 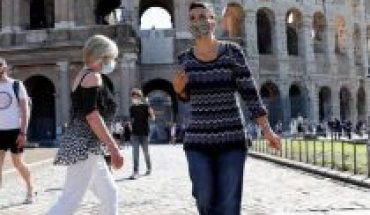 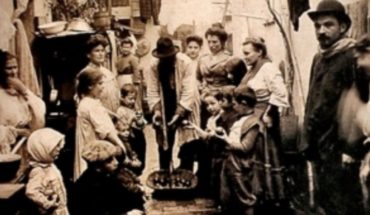