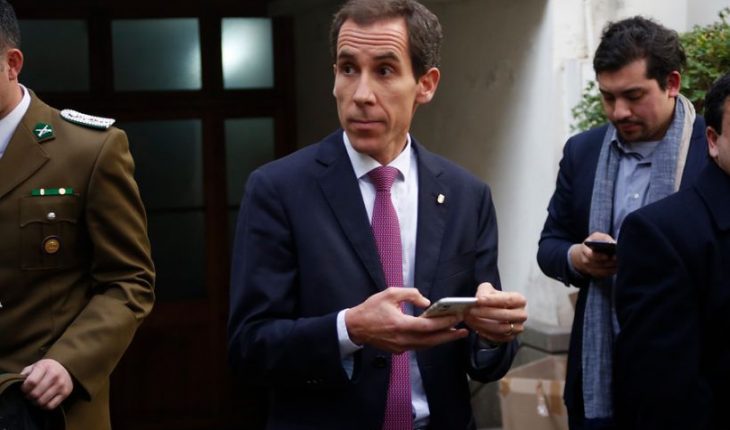 On social networks a calendar has been circulating several days ago with twenty demonstrations convened to take place in Santiago in March, which worries Mayor Felipe Alessandri.
«Since the social outburst of October 2019 this colorful Santiago, the Paseo Bandera, the boulevard of the Plaza de Armas, a vibrant center, is gray because the violence has continued. There is not a week in this year and a half when we have not had serious acts of violence,» says the RN.
He says he conveyed his concern to the Interior Minister, Rodrigo Delgado, and Carabineros. «They are already preparing for the violence that may come in March,» he says. «We no longer want to walk through such a beaten Santiago, where they have closed from the Paris of San Antonio with the Alameda, hostels and ventures that we had in the historic center, in the Alameda axis, in San Borja… more than 600 locations to date have had to lower the curtain,» he adds.
That axis, hasn’t it become a sacrificial zone?

I’m never going to allow that. We are going to pass these turbulent waters, the political process has already been channeled by the choice of the conventional constituents, I will not let go of the rudder and I will not allow it to become a sacrificial zone. Neighbors don’t deserve it, our ancestors who founded Santiago don’t deserve it, and future generations don’t deserve it. We will continue to insist, with our own funds, appealing to the private to recover their facades, to public funds (…) but as long as the violence does not cease it will be very difficult to recover the Santiago that we had before October 2019.
But what novel measures do you think could be taken to prevent the destruction?

Demonstrations are part of democracy and welcome peaceful demonstrations! But recent experience shows us that they all end in violence, in destruction. At the municipal level we have altered the garbage removal in ground zero, so that there is no time for demonstrations, because they burn it. In the Forest Park we had to take out the seats and store them, the second replenishment of dumpsters too, the ornamental balloon of the lanterns the same.
But doesn’t that shave the city?

Logical, but it’s preferable than replenishing because we don’t have any resources left. That’s why I asked the interior minister not to hesitate: he has to exercise authority and he doesn’t have to be afraid to exercise it when it relates to violence (…) This hatred because we do have to counter it with the rule of law and support the management of the police.
And how does this deal with the possible excesses carabinieri have incurred?

That’s why protocols have been updated (…) considering an unrestricted attachment to human rights.
In this year and a half, have you not seen international experiences that could be applied in the commune to prevent destruction and isolate vandalism?

We have had meetings with The Mayor (Felipe) Guevara, with Interior Minister and Undersecretary Katherine Martorell reviewing foreign experiences, but the levels of violence and destruction we’ve seen here, looting, burning public and private furniture, is not common to see outside (…) But I insist: we will not let Santiago become a sacrificial zone, there are many more people who want to work peacefully and we must all condemn violence without hesitation or nuance.
Who do you mean?

I am thinking of the District Members, who condemn violence forcefully, do not accept it, do not stand it any more (…) In a year and a half, I haven’t seen any statements condemning her.
Are you talking about opposition MPs?

Yes, we have important deputies here: Maya Fernandez, Giorgio Jackson, Gonzalo Winter, which is very good for Twitter (…)
When you say «no nuance,» do you mind justifying the origin of the protest?

They have been invited to meetings, not in the last time, but they have never attended. Other parliamentarians such as Sebastian Torrealba, Jorge Alessandri or Senator Marcela Sabat have attended and lived with the neighbors, who are people who want to live quietly, who want peace, who wants a Friday of February to be able to walk through the Forest Park or enjoy San Borja Park. 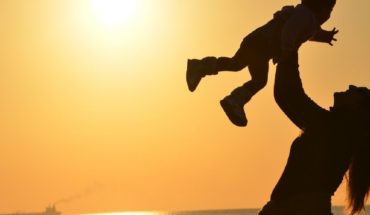 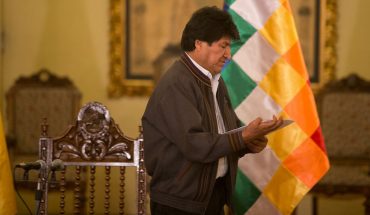 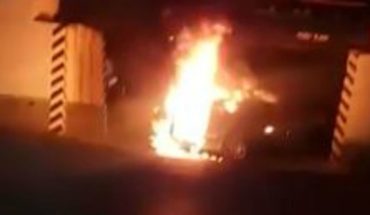