Videos shared by the relatives of seniors who suffered simulated vaccinations with empty or fake syringes emerged in recent days. The news quickly soared and the allegations caused great outrage in the media and networks. The videos show when healthcare personnel insert the needles but without injecting the dose of the drug. Upon the news, the Rio de Janeiro Civil Police issued a statement announcing that if investigations confirm that there was dose diversion or some other irregularity, health professionals may be charged with embezzlement with sentences of up to 12 years in prison.

For the Government, however, these are isolated facts: «We understand that this is a failure, we don’t want to take him to the side of the slander they’re lifting,» said the municipality’s secretary of health, Aloísio Barbosa Filho.While General Eduardo Pazuello, health minister appointed by Bolsonaro, faces criticism from a group of Brazilian mayors grouped in the National Confederation of Municpios who demand urgent resignation. «His leadership did not believe that the vaccine was the way out of the crisis and he did not carry out the planning necessary to purchase the vaccines,» the group said in a statement issued this week. From the social media complaints, the 42-year-old nurse who mis-applied the doses was identified, although when consulted she was not able to explain the reason for not having properly applied the injection. Another case occurred in the city of Niteroi, where a professional pretended to apply the dose to a 90-year-old and the fact was recorded by the accompanying relatives. Police accused the nurse of embezzlement.» Analysis of the video makes it clear that she was aware that she was not applying the vaccine, until she was alerted and questioned by the family and responded ironically,» Commissioner Luiz Henrique Pereira explained to Brazilian media.

The woman identified as Rozemary Gomes Pita, gave her version of what happened and said that it was an involuntary mistake resulting from physical and mental fatigue: «I was on call, tired, 36 hours without rest, without sleep, with nothing. I don’t know why it happened but it wasn’t for evil, it was an oversight due to physical and mental fatigue,» Gomes Pita told CNN Brazil.Now the nurse, in addition to losing her job, the woman could face criminal charges for her action, which can range from a crime of violating health measures to embezzlement. 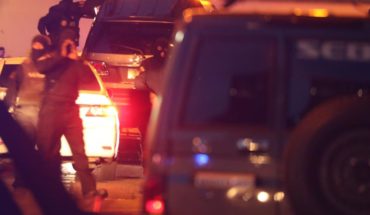