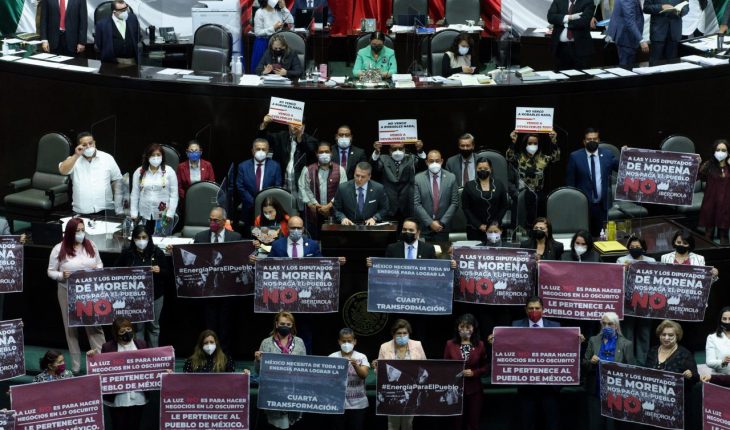 A few shouts, complaints and banners, the Plenary of the Chamber of Deputies initiated the discussion of the initiative to reform the Law of the Electricity Industry, sent by President Andrés Manuel López Obrador.
The first to move to the grandstand of San Lázaro was the legislator of Morena and president of the Energy Commission, Manuel Rodríguez González in order to present the opinion of the initiative.
Read more: AMLO Power Reform: What does the president want and what are the alerts to the initiative?
At the time Rodriguez Gonzalez picked up the microphone, the deputies of the banks of Morena and the Labour Party took over the grandstand and extended banners of Morena supporting the reform.
Meanwhile, the president of the Energy Commission, Manuel Rodríguez González spoke in favor of the initiative, ensuring that the rescue of the Federal Electricity Commission will be ensured if approved.
«I’m not here to steal anything from you, I’m here to give you everything back,» the banners said, accompanied by The Brunette logo.
After a few minutes opposition deputies interrupted Rodriguez González’s exhibition.
The first to do so was the Deputy of Movimiento Ciudadano, Fabiola Loya Hernández, who asked in the name of her party that the position of Manuel Rodríguez González in his being president of the Energy Commission of the Chamber of Deputies.
«What we are seeing is a demonstration in the rostrum with banners that say Morena and this should be a position of the Commission (…) Brunette will have her moment,» she claimed.
It was followed by PRI Deputy Enrique Ochoa Reza, who argued the same as Loya Hernandez and said Manuel Rodríguez González would have to submit the content of the opinion and not his positioning in favor.
However, the Chairperson of the Board of Directors, Dulce María Sauri, rejected both motions on the grounds that the opinion was previously voted on by the Committee on Energy, by a majority and that it is now that majority that is being expressed.
He accepted that it would be desirable for party banners to be presented up to the bench positions, but said that the Board of Directors was obliged to respect such expressions.
Seeing that their requests were rejected, some MEMBERS of the NAP and the PRI were placed in the rostrum with banners against the reform and the Federal Electricity Commission.
Read: Deputies of the Energy Commission approve electricity reform of AMLO; moves to the full
After several minutes of discussion and interruptions between the opposition and the chairperson of the Board of Directors, the deputies of Morena and opposition gave in, took their places, and Manuel Rodríguez González continued with the presentation of the opinion.
According to the federal government, the main objective of the electric industry reform initiative is to strengthen and rescue the CFE.
While the opposition and experts point out that this reform limits competition, and discourages or even excludes the generation of cleaner energies, such as solar and wind.
The initiative was approved in the Energy Committee on 19 February with 22 votes in favour and 10 votes against, to move to the plenary session of the Chamber of Deputies.
What we do at Animal Politics requires professional journalists, teamwork, dialogue with readers and something very important: independence. You can help us keep going. Be part of the team.
Subscribe to Animal Politics, receive benefits and support free journalism.#YoSoyAnimal 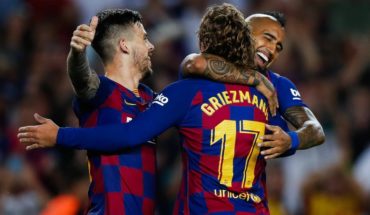 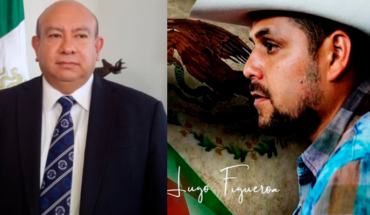