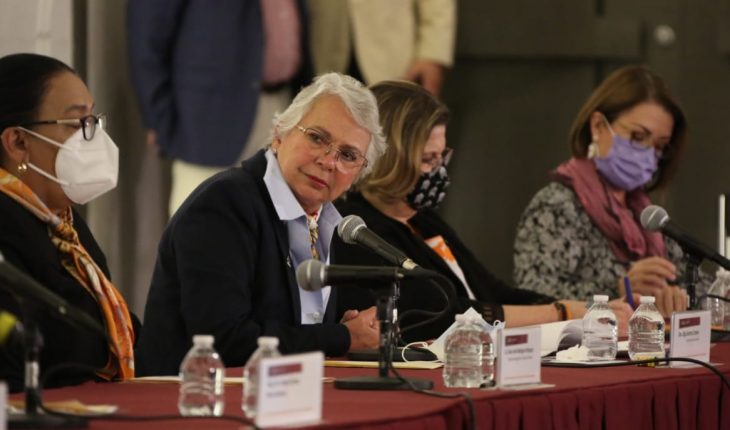 The Secretary of the Governorate, Olga Sánchez Cordero, again spoke out against candidates who have a history of violence against women, but this time made it clear that it is sufficient that it is a matter of public knowledge, even if there is no judicial decision.
He said so in response to an express question about Félix Salgado Macedonio’s candidacy to become governor of Guerrero for Morena, raised during the conference on gender-based violence held on the 25th of each month.
“My position has already established it: no political party can have as a candidate people who have situations, when less well known —because right now there is nowhere I know neither judgment nor resolution – who have a subject of violence against women and violence in all areas,” he said.
Read: “A Rapist Won’t Be Governor”: Women Protest in Guerrero Against Salgado
He also mentioned another non-political “character” on which public accusations of violent women weigh, but did not delve defied and had to withdraw because he had another commitment.
Exactly a week ago, without saying names, he noted in a speech that anyone who aspires to a position of popular choice has to prove their suitability for office and not have previously violented women. Although it recalled the approval of the 3 out of 3 in this regard, it referred to any candidate steadfast in good faith who had not been convicted of family violence, sexual violence or non-compliance with the payment of alimony.
With his statement on Thursday, he again contradicts the position of President Andrés Manuel López Obrador just minutes after the end of the morning conference, in which he again minimized the calls of organized women to stop supporting Salgado Macedonio’s candidacy with the phrase “break the pact”, as he said that he did not even know what they meant , and even talked about breaking the Pact for Mexico.
At the conference in Segob she also wondered about the theme of the patriarchal pact, but the secretary had already retired after the first question, so she was the coordinator of the Inter-Agency Strategy Group against Violence against Women, Girls and Adolescents (GIEV), Alicia Leal Puerta, who answered.
“When a pact is asked to break, men are being asked to break this duck. How many rapists know other quiet men, their friends, their schoolmates, they can’t remain complicit. We ask that you break the pact because we cannot continue to remain silent against these injustices. The covenant has to be broken from within, they must break the patriarchal covenant,” he explained.
Find out: I found out what ‘Break the Covenant’ means by my wife, it’s an imported phrase: AMLO
State security tables include for the first time violence against women
The monthly conference to report on what is being done to combat violence against women participated for the second time by the new Secretary of Public safety and citizen, Rosa Icela Rodríguez, who took office last December.
She reported that it was encouraged that at all peace and security tables held in states and at the priority region level, it was encouraged that gender-based violence be analyzed once a week and a representative of the National Institute or women’s premises participated in them.
So far this year, this has already been achieved at 92% of regional peace-building tables and 87% of state-owned tables.
In Guanajuato, Guerrero, Sinaloa and Tlaxcala, each investigative folder for crimes such as femicide, sexual violence, human trafficking and family violence is being monitored at these polling stations.
For her part, the holder of the National Commission to Prevent and Eradicate Violence against Women (Conavim), Fabiola Alanís, reported that seven states have created immediate care modules for women at risk, i.e. modules that were installed in communities where the criminal incidence against women is highest, and in seven others are in the process of opening them.
“Context units” have also begun to be created in state prosecutors’ offices, which will serve to analyse the situation of victims when dealing with sensitive crimes for women and girls. To do this, this year among the subsidies that will be distributed to the 18 states that have Alert of Gender Violence, it is planned to hire 643 officials and officials who will do these specialized work to detect in time victims who are at imminent risk.
What we do at Animal Politics requires professional journalists, teamwork, maintainingcall with readers and something very important: independence. You can help us keep going. Be part of the team.
Subscribe to Animal Politics, receive benefits and support free journalism.#YoSoyAnimal 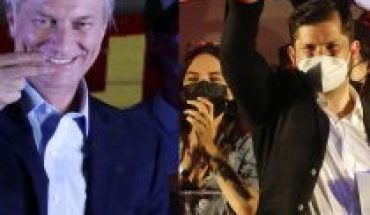 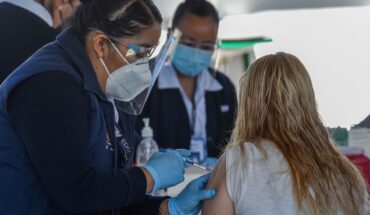 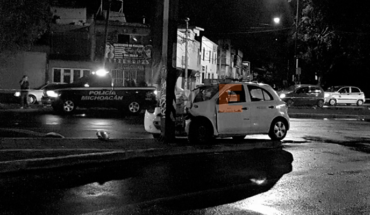 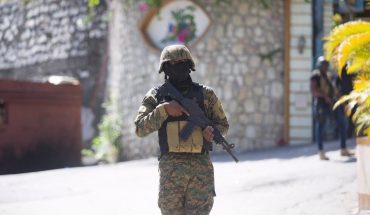