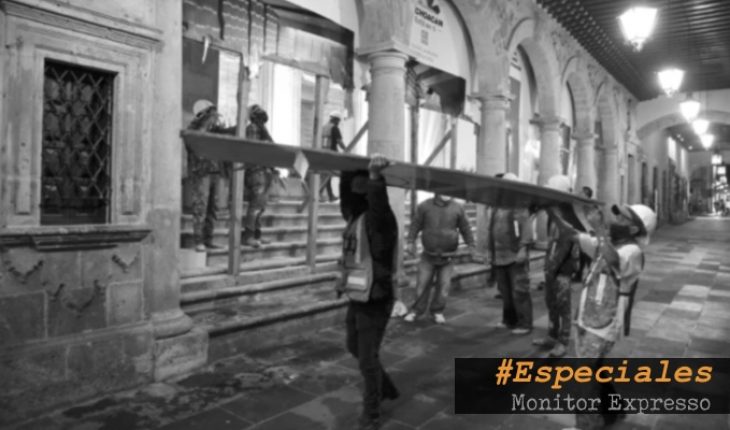 Cristian Ruiz
Morelia, Michoacán.- Three state administrations, controversial and multiple arrears later, the Teatro Mariano Matamoros will be inaugurated on March 15, 2021, when the initial date was within the framework of the Bicentennial of Independence and Centenary of the Mexican Revolution, in 2010.
It was in the distant 2009 when the then state administration headed by Leonel Godoy Rangel decided to give a new life to the old Colonial Cinema of Morelia, a property located in the Matamoros portal of the Historic Center of Morelia, to host film functions, concerts, plays and high-level events.

The project was quite ambitious, because although in the Center of Morelia there are important theaters such as Ocampo and Rubén Romero, the Colonia Cinema had the peculiarity of being a space that could accommodate up to almost 500 people and the conditions the initial project allowed to make events that were only possible in theaters or forums away from the first painting such as the Teatro Morelos , Stella Inda and even the Palace of Art.
The initial investment to rehabilitate the property and turn it into a dream first-world theater was 34 million pesos, between resources of the city council of Morelia and the state government, in addition to one million by the Banamex Foundation.

State, municipal authorities and members of the Morelia International Film Festival (FICM) were present during the start of the work, as it was clear that the theatre would be an ideal venue for this event.
The part of the Matamoros portal that makes up the theater was closed and photographs of what the new theater that promised to revolutionize the way artistic events were held in Morelia were even placed.
2009 concluded and, According to the government report of Michoacán in 2010, 149 million federal origin was allocated to continue the theater, the works related to theatre in its early years were coordinated by Cuauhtémoc Cárdenas Batel, son of former Governor of Michoacán, Cuauhtémoc Cárdenas Solórzano and founding member of the Morelia International Film Festival.

According to public information on the work and an investigation carried out by the magazine Search, it was discovered that the first stage of the work coordinated by Cárdenas Batel was done by construction and interior design companies outside Michoacán, among which are:
Architectural Design: Architects: Mauricio Rocha Architecture Workshop, composed of Mauricio Rocha, Gabriela Carrillo, Carlos Facio, Adrián Iturriaga, Gabriel Beas, Edgar González, Juan Carlos Montiel, Raymundo Flores, Francisco Ortiz, Ricardo García, Víctor Valverde, Michela Lostia, Miguel Montor, Juan Santillán, Israel Espín.
Structural Design: Sai Group – Gerson Huerta.
Main steel structure: Baysa Group.
Construction: Gold Group.
Electrical Installations, Hydrosanitary, Air Conditioning, Voice and Data: Lemon Builder, ICI, Pisa, SMK.
Acoustic design: Mtro. Cristian Ezcurdia.
Theatrical consultancy: Philippe Amand, Itzel Alba.
Furniture: Alis.
Lighting Advisors: Light + Shape.
Rendering (perspective and architectural representation): Yasser Salomon and Israel Espin.
Photographs: Carlos Facio, Edgar González, Manuel García.
Two specialists in perspective and architectural representation, linked to the company ROJKIND ARQUITECTOS, were also hired, whose fees are unknown.
Another company called A’Kustiks and represented by Cristian Eskurdia, in charge of the acoustic aspect was also hired for the Matamoros Theatre. This company was one of those that participated in the remodeling of the Theater of Fine Arts in 2012, whose cost exceeded 680 million pesos. Nothing else.
All of them, they collected about 224 million pesos between 2009 and 2014 alone, when Cuauhtémoc Cárdenas Batel ceased to be the visible responsible for the work and stopped reporting on its progress, which until then was at 40%.

The years passed and Michoacán had a period of instability with Fausto Vallejo Figueroa, Jesús Reyna García and Salvador Jara Guerrero as governors from 2012 to 2015 and in these respective years investments were announced to the Matamoros Theater, with no further results.
A consultation of public works budget reports showed that 356 million were allocated from 2009 to 2015 alone and only the 225 delivered to contracted companies since the start are justified.
Since the construction of the Mariano Matamoros Theatre, Cuauhtémoc Cárdenas Batel has been questioned about the excessive spending made on the play and its little progress at every opening of the International Film Festival, a degree that it is now a subject that cannot be touched without him react with annoyance, arguing for the last time in 2019 that: “I would have wanted more budget to intensify the development of the construction of the theater that was planned as a monument commemorating the bicentenary of Mexico’s independence, but now I no longer know how they handle that… as a citizen, all I can say is that I hope it’s over soon.”
In an exclusive interview with Monitor Express, the holder of the Secretariat of Communications and Public Works (SCOP), José Hugo Raya Pizano, reported that from 2016 to 2021 the state made a total investment of 160 million pesos to complete the work.
It acknowledged that at the beginning of the administration 6 large contracts were in force with companies that failed to comply with delivery times and the relevant legal action was taken, as in almost 6 years of work there were only advances of between 30 and 40%.
On this, he said that audits were lifted at the federal and state levels to learn about the exercise of the resource allocated to the Matamoros Theater and some are still under review, but noted that there was currently a legal process against the Michoacán government for finalizing contracts with construction companies.
“The work was practically abandoned and with legal problems, suspended contracts, unfinished others and lawsuits that had to be resolved first to finish it, in a few days we will be able to formally inaugurate it, after 11 years,” he explained.
On the final play, he said the theater will open its doors with a variable acoustic shell for concerts, stagings and film performances; 360-degree Dolby Atmos system sound; projection booth and the largest removable cinema screen in Latin America; theatrical mechanics and motors for lighting, sound, clothing and other stage functions.

It also has a maximum capacity of 544 seats with short stage, adjustable to 484 seats by retractable stands for long stage or orchestra pit; isoptic design with state-of-the-art equipment in comfort; as well as finishes suitable for aesthetic, technical and sound properties, such as wood lambrines on the sides.

In addition to the living room, the property contains the dressing rooms, an alternative entertainment area and the sanitary modules in the basement; the mezzanine for lounge area to use prior to the events and permanent exposure of video mapping about the cancellations located on the second height of the lobby; a level with two coworking and digital innovation rooms and panoramic viewpoint of the city’s first painting; as well as the roof.
The Matamoros Theatre will open its doors and once the pandemic is over it will have functions and events but there is a question in the air What happened with more than 125 million pesos that were not exercised or justified in the contracts of the work? 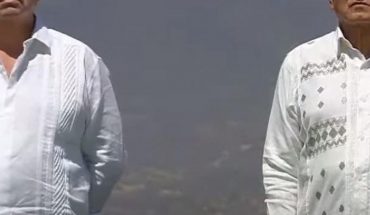 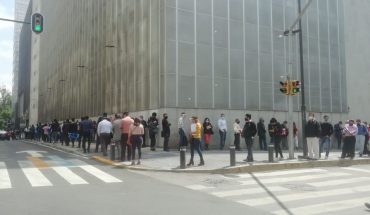