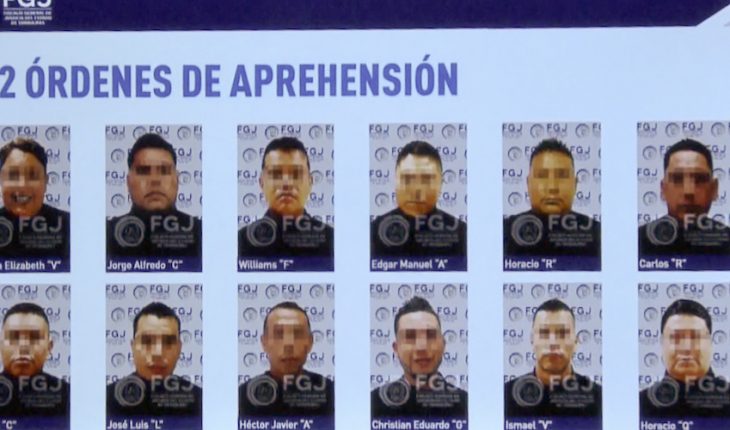 The statements of the 12 policemen who are in prison for the Camargo massacre, Tamaulipas, will remain secret for the time being.
This was determined by the Judiciary of the Northern State in the face of a request for transparency made by Animal Politics. State police officers are charged with qualified murder, abuse of authority in the performance of administrative functions, and falsehood in reports given to an authority and were arrested days after the discovery of 19 charred bodies, mostly Guatemalan migrants trying to reach the United States.
All of them tested before the judge of Ciudad Victoria on 3 and 8 February and subsequently were linked to trial within the 23/2021 case investigating the massacre. The hearing was held behind closed doors due to the COVID-19 contingency and now the authorities want to keep its contents locked up.
At the moment these statements will remain under reservation for five years or until a judgment is signed that cannot be appealed. Tamaulipas’ judiciary argues that publicity of the investigative folder could harm both defendants, who enjoy the presumption of innocence and victims, because the investigation could be damaged.
«Making public the hearings, and procedural records that make up criminal case 23/2021, in connection with the investigation and completion of the case conducted by the prosecution, allowing access to the file to unauthorized persons, could result in irreparable harm in the investigation and prosecution of the crime, which would be detrimental to both the victims or offended, and those accused,» the judge says in its decision.
In this regard, it recognizes the right of victims and police officers to know the truth of what happened, but considers that, to do so, the investigation of the Public Prosecutor’s Office is planned.
In turn, it warns that the publicity of statements could harm the inquisies and facilitate impunity.
«The investigation could be hampered, culminating in an absolute judgment,» the judiciary says in justifying its reservation, adding that publicity would make the data that led to the process linkage order known, when defendants still enjoy the principle of presumption of innocence.
Pending the CNDH
Under the Tamaulipas State Transparency Act (as in federal law) acts constituting serious human rights violations or crimes against humanity cannot be declared reserved. However, the judge considers that, so far, the murder of 19 persons cannot be regarded as a serious violation of human rights as the case is still in the complementary investigation phase.
«A pronouncement cannot be made in that regard, that is, whether or not there are serious human rights violations, since it is in the stage of further investigation,» he says in his argument.
In addition, it recalls that the National Commission on Human Rights (CNDH) ordered an ex officio investigation. «This makes it noteworthy that, in order to determine the existence of serious human rights violations, the full information must be had beforehand, in order to be able to assess whether the particularities of the case meet the criteria (quantitative or qualitative) established by the Supreme Court of Justice of the Nation,» he says.
The Foundation for Justice and the Rule of Law presented itself to the authorities to be part of the process, but so far they have not received a satisfactory response. This organization already represents migrants killed in their transit north, such as the victims of the San Fernando massacre, Tamaulipas, in 2010, or the graves that appeared in Cadereyta, Nuevo León, two years later.
All outstanding questions
So far, there is little data on what happened in the community of Santa Anita, Camargo, Tamaulipas. The bodies of 19 charred people were found on January 22. Most of the victims, who have already been identified, are Guatemalan migrants trying to reach the United States. Mexican citizens who, according to the Attorney General’s Office of the State of Tamaulipas, were also travelling with them, engaged in the illegal trafficking of persons.
Guatemala’s President Alejandro Giammattei confirmed that five people survived the attack and are currently in the US as protected witnesses.
The families of the victims were the first to sound the alarm, as they received warning from the coyotes who warned them that their relatives had ifmurdered. Now they await in Guatemala the repatriation of the bodies, which could take place within the next two weeks, once the identification process is completed.
After the massacre, 12 state policemen were arrested and eight officials from the National Migration Institute (INM) were removed from their posts after a van appeared at the crime scene that months earlier was secured in Nuevo León in an operation against human trafficking.
The area in which the bodies appeared is located amid the conflict that two of the main cartels operating in Tamaulipas have been in for years. On the one hand, the Gulf Cartel and, on the other, the Northeast Cartel, former division of Los Zetas.
The authorities don’t explain what the motive was or what the cops had in turn in. Tamaulipas attorney general Irving Barrios merely listed the allegations on the day of the arrests and pointed to an explanation: the struggle between criminal groups over control of the territory. He did not say why there are only agents detained or what his role might be, beyond the suspicion that they altered the crime scene.
The massacre came at a time when President Andrés Manuel López Obrador El had assured that the human rights of migrants were no longer violated. The Office of the UN High Commissioner for Human Rights denounced the similarities of this attack to other atrocities of the past such as the San Fernando massacre. This comparison, however, was rejected by the Mexican government, which stated that in this case «there will be no impunity».
What we do at Animal Politics requires professional journalists, teamwork, dialogue with readers and something very important: independence. You can help us keep going. Be part of the team.
Subscribe to Animal Politics, receive benefits and support free journalism.#YoSoyAnimal 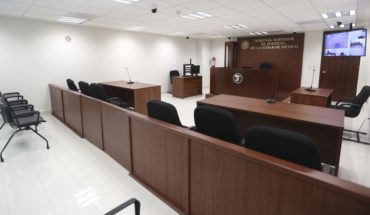 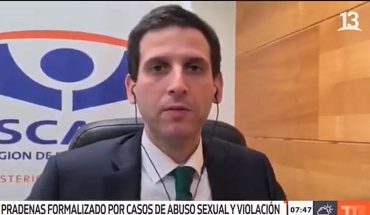