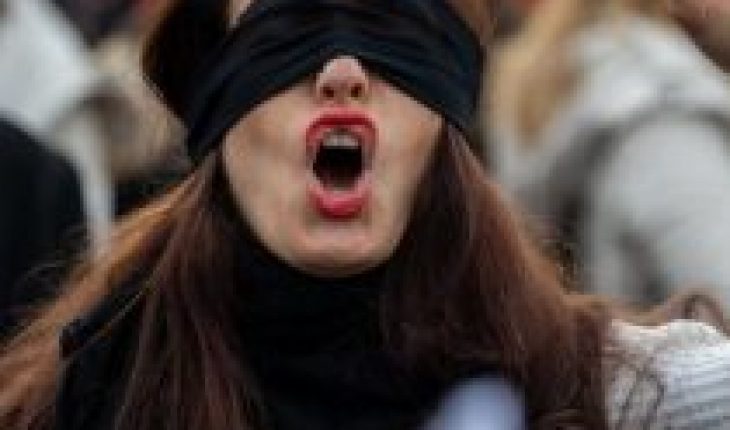 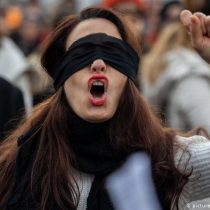 Cases of rape and murder of women regularly shake much of society in Turkey. One case that has been specially recorded in the collective memory is that of the .ule.et. In May 2018, the 23-year-old girl was raped in her office by her boss and a friend, both drunk, and subsequently thrown out the window.
The men testied before the police that he had taken his life. But forensics found a fracture in the neck, lacerations in the anal region, and narcotic substances in the victim’s blood: rare symptoms in a suicide.
The half-year judicial process was accompanied by demonstrations and expressions of solidarity by many women. It also caused a huge stir on social media, which had an effect. The Ankara court sentenced the principal perpetrator to life imprisonment; his accomplice must serve nearly 19 years in prison.

The case of Eule Eet: protests in Ankara.

Although this case meant success and progress in this regard, it did not snever the social change that women’s rights groups expected. The situation does not appear to have changed: cases of covert femicides such as suicides continue to be reported. One of the most recent is that of Ayten Kaya, a 35-year-old woman, who was found hanged at her home in the town of Diyarbakir in southeastern Anatolia.
The investigation concluded it was a suicide and the prosecutor closed the file. However, relatives did not want to accept this decision, as the summary is full of contradictions and failures.
They claim that the autopsy report did not include the time of death. In addition, his entire body was covered in bruising, unusual symptoms in a hanging death. An analysis showed that the bruises had occurred on the same day as Ayten Kaya’s husband, a temporary man, was in the house. Despite all this evidence, the prosecutor decided not to reopen the file and dropped the case.
Women’s rights activists see justice failure
Lawyer Gurbet Gozde Engin, of the women’s association «Rosa», reports that in the following weeks four other women died in a similar way and again the Prosecutor’s Office made the decision not to investigate them. «In cases of deaths of women where there are considerable doubts as to whether it was suicide, it must be possible to direct the investigation in another direction. Not only is it a crime to kill, it’s also a crime to declare femicides as suicides,» he says.
Hatice Ooruk, of the women’s association Kad’n K.lt.r Evi Dernegi, incriminates Turkey’s judicial system: «We need to be more suspicious when the murder of a woman is classified as suicide. It’s increasingly a cover for a femicide.» Leyla Soydinc, of istanbul’s women’s association «Mor Cat-Kad-n S-na-Vakf», also sees a structural problem: «In a male-dominated judicial system, many crimes against women go unpunished.» Perpetrators can escape a report by faking a suicide from their victim.
300 murders of women, 171 suspicious deaths
Both feminist movements on social media, as well as groups committed to women’s rights, denounce the problem and increase pressure on official agencies. But Ankara’s government and the judiciary show no political will to combat gender-based violence. And that’s despite the fact that, according to the organization’s figures called «We’re Going to Stop The Murders of Women,» last year there were 300 murders of women, of which 171 were classified as «suspects,» including alleged suicides.

Women continue to fight for Turkey to implement the measures agreed in the Istanbul Convention.

Many Turkish women rely on the Istanbul Convention, designed by the Council of Europe 2014 to prevent and combat violence against women and domestic violence. The signatory states, including Turkey, pledged to create the framework for combating violence against women.
But, according to critics, in Turkey the legal rules of the Istanbul Convention do not apply in practice. To this day, the planned assistance and protection measures have not been implemented. However, the commitment by the judiciary and security forces to the implementation of the convention is crucial to overcoming gender-based violence and discrimination.