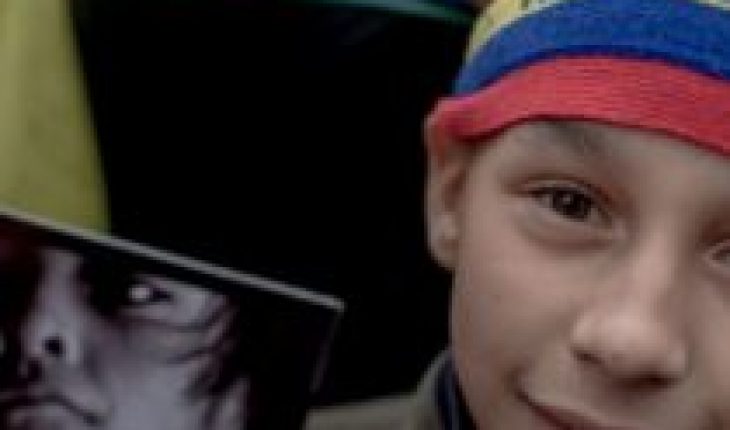 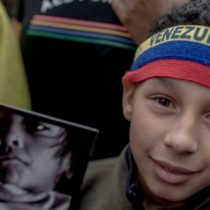 More than four million Venezuelans have left their country since 2015 due to the acute socio-economic crisis, described by some as a humanitarian crisis although Nicolas Maduro’s government denies it.
According to the United Nations, more than 800,000 Venezuelans have applied for asylum around the world.

1. What is TPS and what benefits does it provide?

TpS is a temporary immigration status granted to nationals of the designated country or to eligible persons without nationality who resided in that country before entering the U.S., the government explains in a document released on Monday.
GETTY IMAGES

The decree explains that, during the designation period (18 months for Venezuelans), beneficiaries qualify to remain in the United States, cannot be removed from the country and are authorized to work «as long as they continue to meet the requirements of the TPS».

The TPS is assigned to countries according to the following temporary conditions:

Armed conflict (such as a civil war)
Natural disaster, such as an epidemic, hurricane or earthquake
Other extraordinary and temporary conditions

Applicants may also opt for a travel permit, which is granted at the discretion of the government.

TpS does not provide a path to permanent residence or citizenship.

Venezuelans who have resided continuously in the United States before or during the March 8, 2021, as indicated by dhS stipulations.

People without Venezuelan nationality who had their last habitual residence before arriving in the United States are also eligible.

Interested parties must submit their application next 180 days (until 5 September 2021).

«All TPS applicants will be subjected to security checks and criminal records as part of the process to determine their eligibility,» the government says.

The term of the TPS for Venezuela begins on March 9 of this year and ends on September 9, 2022, with the option to extend it.
GETTY IMAGES

Applicants must provide proof that they were present in the U.S. by the date of designation and pay $50 for entering the form and an extra $410 is required to apply for work permits, AFP reported.

Most potential BENEFICIARies of the TPS program have been living in the United States for at least two decades, according to a pew Research Center report.

«Immigrants can enter applications if they entered the U.S. without authorization or with a temporary visa that expired,» the report states.

«Those with a valid temporary visa or other non-immigrant status, such as a foreign student, also qualify,» he continues.

Biden pledged to do this during his first 100 days Geoff Ramsey, Venezuelan expert at the Washington Office for Latin America (WOLA).

Segú Ramsey, Biden’s government is rething its strategy for Venezuela.

«The previous government’s strategy was to implement the maximum pressure and put all the options on the table, even though it wasn’t so much in the end,» he says.

Ramsey says biden’s government has so far emphasized a «fair and free» election in Venezuela, but there is no clarity as to how they will confront Nicolás Maduro.

4. What other countries have TPS?

Around 400.000 immigrants from 10 countries currently have TPS, according to Pew Center figures.

El Salvador is the country with the highest number of beneficiaries: almost 250,000.

The Central American country was designated for this program in 2001 after suffering a series of earthquakes.

«Federal officials must announce 60 days before the expiration of a TPS designation if it should be extended longer. If they don’t make a decision, it automatically extends for six months,» says the Pew Center.

The Trump administration attempted to end TPS for almost all beneficiary countries, but was prevented by a number of lawsuits.

5. How many Venezuelan immigrants are there in the United States?

Venezuelan immigrant populations in the U.S. increased between 2015 and 2018 in 54 per cent, according to an analysis by the Migration Policy Institute.

In recent years, Venezuelans have been among the largest applicants for affirmative asylum (those entering the country legally) in the United States. Most of them arrive in the country by plane and soon after apply for protection.
GETTY IMAGES

Since 2017 around 13,300 Venezuelans have been granted asylum in the country, but thousands more are waiting to take care of their cases at immigration offices.

In 2020, asylum was denied to nearly half of venezuela’s 2,000 who received a decision on their applications, according to the LA Times, which puts them at risk of deportation.

«TPS opens up many opportunities because there are many Venezuelans living in the shadows,» says Helene Villalonga, a Venezuelan activist.

«Right now we have Venezuelans sleeping in their cars, without a working document,» he describes.

Trump ordered last January 20 to differ for 18 months, and with a few exceptions, venezuelan deportations present there.

The former president asked DHS to take steps to authorize the employment of beneficiaries during that period.

The Biden administration, under the decree issued on Monday, asks those eligible for Trump’s order to consider that they are eligible for TPS to submit their application for the latter protection.
GETTY IMAGES

«What Trump issued was just a memo, and that’s easier to rescind than the TPS,» explains WolA’s Ramsey.

«TpS, by comparison, has proven to be more durable across different governments,» he adds.

Last year, the House of Representatives of Congress passed with 272 votes in favor versus 158 against a bill pushed by legislators from both parties to grant TPS to Venezuela. But this one was blocked in the Senate. 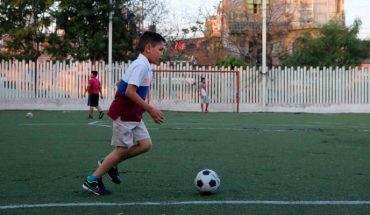 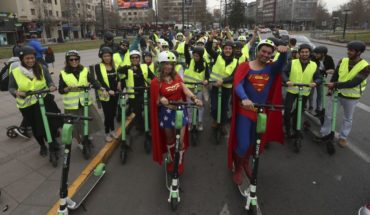