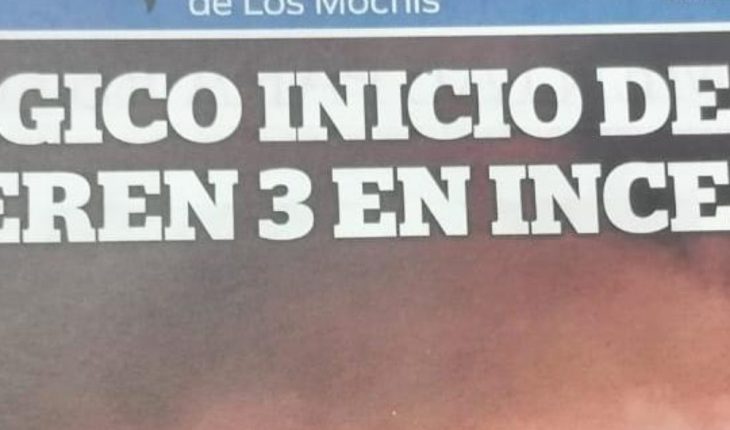 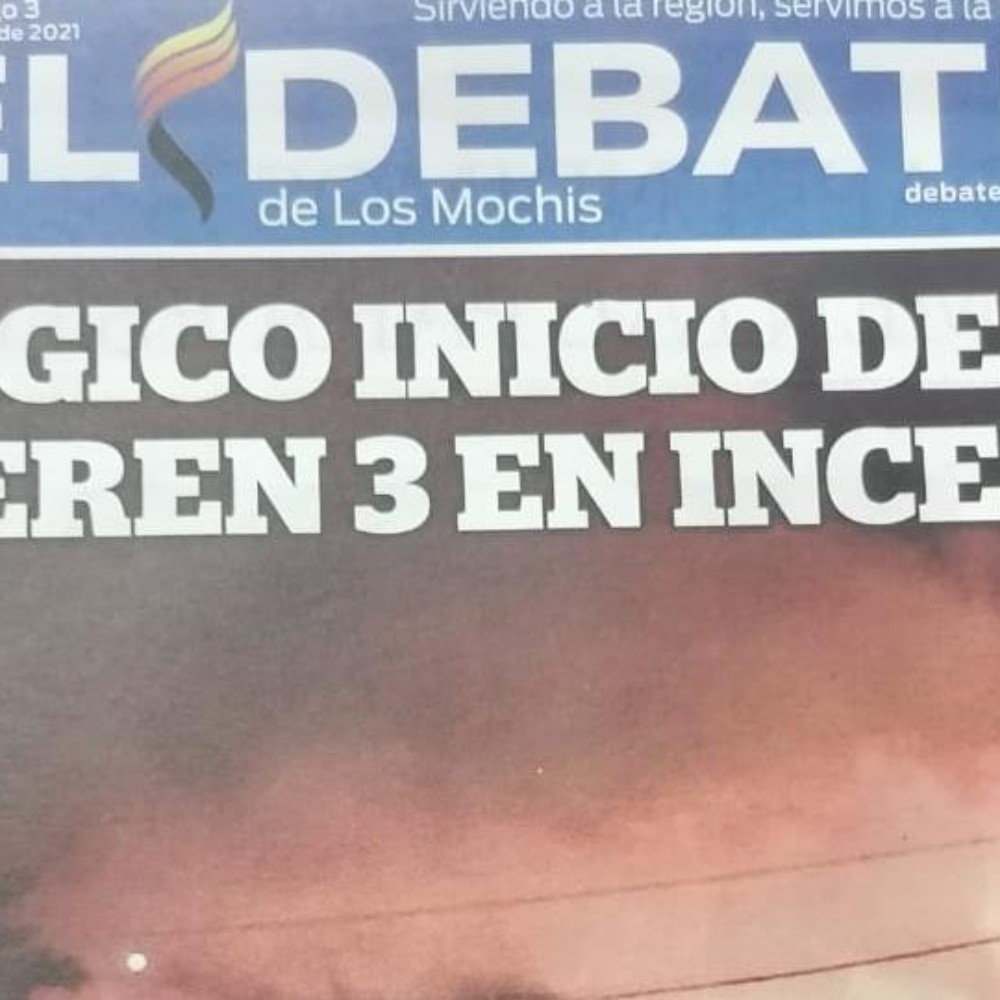 The Mochis, Sinaloa.- Over the 80 years of the newspaper EL DEBATE countless fires and explosions have been recorded in the municipality, mainly in the city of Los Mochis.Some of them have become a real catastrophe, threatening the integrity of the city itself.
Stay informed about what matters most to you

Terror in the harbor
Some of the most voracious fires have occurred in the port of Topolobampo.
One of them dates back to 19 October 1945, after 27 wooden houses burned down because of an oil stove that started fire in one of them. Read more: The most shocking news from 2016 to 2020 on the front pages of DebateThe strong wind blowing on that day, coupled with the lack of firefighting equipment, were conducive to the flames ravaging everything in its path, leaving only destruction, as well as three injured people.

Four years later, on September 20, 1949, a terrible conflagration was published in this newspaper that nearly destroyed the port of Topolobampo, after the Miramar Terrace canteen burned and the flames spread to several surrounding premises and dwellings.

The terror took hold of the bullies, since in one of the properties had stored a large amount of dynamite, which was taken out in time by Cruz Sandoval, second sergeant of the Garrison of the Plaza.The flames were controlled thanks to a bomb of the Pesquera de Topolobampo.Heroísmo
«Mochis was saved from horrible hecatombe,» read on the cover of the September 22, 1952 edition, on that occasion, a terrible fire at the Pacific Gas facility nearly caused a real catastrophe, as two large deposits of butane gas were at risk, which fortunately were not hit by the flames.

70 gas tanks exploded in a crash between two vans in 1991. Fortunately only two people were injured.

In this fact it was the acts of heroism of the citizens that managed to save the day and avoid the hecatombe, since in the absence of a Fire Brigade, a large number of volunteer civilians showed up at the place, and with buckets began to fight the intense flames. Unfortunately, in that fact a worker of the company, named Miguel Angel Camelo Vega, who «had enough serenity to close the valves, both the filler and the cylinders, lost his life while the flames spread to all his clothes, causing him horrible burns», according to the note, published on page three of that edition. The graphic reporters of the time managed to capture the images in which cubetadas try to quell the intense flames; you can even see the heroic worker Miguel Angel Camelo Vega with burns on his body, which will cause his subsequent death.

Two sweets burned in the middle sector. The relief agencies fought for hours. This was in 2015 and 2020.

However, thanks to his sacrifice and the act of bravery carried out, two years later Brother Miguel Angel Camelo Vega.Despepidora was created
Only four days later a similar headline reappeared on the cover of EL DEBATE: «2,000,000.00 lost in fire of the depepitator in Joyanco». On this occasion, a thousand and five hundred tons of cotton seed, six warehouses, the depepiitator, five hundred bales of despised cotton and even a railway carriage that was loaded with cottonseed, among other things, were consumed in a voracious fire that swept everything in its path. The accident occurred in the cotton depepitation that was in Estación Hoyancos, in the municipality of El Fuerte, after a short circuit that occurred in the hours of the morning, which caused the fire.

The flames spread in a few minutes and reached a gas tank, causing a loud explosion. Such was the magnitude of the accident that three pipes loaded with water were sent by the municipality dand Ahome in support.
On that occasion, no injured persons were reported. Reduced to ashes
While repairing a pressure coffee maker, a gas leak started a fire that reduced to ashes the facilities of Café El Marino, located in Agustín Melgar alley and Ignacio Zaragoza.La the cover of February 28, 1964 shows a fire truck in the foreground and at the bottom in a burning building. Fortunately, the people inside the building, including the owner, his wife and some clients, managed to get out of the property on time, as the fire consumed it completely.

Boats on fire
Later that year, on 11 May, news of the fire of two fishing boats was published in Topolobampo. The sinister ships were the Raul and San Marcos, which were stranded after the fishermen abandoned them after the owner did not pay them the corresponding wages. Both ships burned completely and were believed to be an intentional act. Only with the clothes on
On April 8, 1969, farmworkers dedicated to cane cutting saved only the clothes they wore, after the fire swept through about 100 homes in which they slept. This occurred in an agricultural field located in Camp 35, where 250 people were affected.

The despititator of El Fuerte was completely destroyed in 1952.

Market burns
Four businesses reduced to ashes, and several more with heavy property damage, left the fire that occurred on May 10, 1979 in the Municipal Market of this city. Among the businesses that suffered major impacts is known fabric business. Due to the dense smoke caused, some people were intoxicated, requiring medical attention. Sinister Ferry
While making his journey from Topolobampo to La Paz, the Mazatlan ferry burned in flames after a fuel leak.
301 passengers and 56 crew members managed to be rescued.

The accident appeared on the cover on August 21, 1989.Explosions
Another fact that caused panic and was timely recorded by THE DEBATE was the explosion of 70 gas tanks, after a crash of a delivery truck and a flip truck. On Tuesday, April 30, 1991, the headline «Causes Panic Gas Explosions» appeared, accompanied by a graph showing relief agencies working to extinguish the flames of an overturned truck. The event occurred on the Los Mochis-San Blas highway, after a tire exploded on a dump truck and hit a gas delivery man, causing an explosion that swept away with an area of 20 meters.
Despite the magnitude, only two people were injured in the incident.

Moments of panic were experienced when there was a large fire in the Municipal Market, where there were people intoxicated by smoke in 1979.

They burn sweets
About 15 hours lasted the intense work to control a terrible fire that occurred in the sweet shop El Girasol, located in the center of the city. The accident began on December 11, 2015 and was completely monitored the early morning of the next day. The city centre was virtually paralyzed, due to the presence of the relief bodies that came to the site to fight the intense flames. Again, but on this occasion on July 3, 2020, a sweet shop burned in the central sector. This time it was the Centro Dulcero, in which, due to its magnitude, emergency bodies of Los Mochis, El Fuerte and Guasave attended.

There were 24 intoxicated people and a woman with face wounds.
In addition, the fire fight was greater than 24 hours; some of the industry’s neighbors were about 30 hours without power during containment work. New Year’s Eve Tragedy
Some conflagrations that occurred were rooted in the memory of the backpackers, both by the date they occurred and by the loss of human life. One of them occurred on 31 December 2008, when an address of the Insurgentes colony burned in a matter of minutes. A mother and two children, one 2 years old and the other 7 months old, lost their lives in the fact; only the father managed to save himself. The unfortunate news was published on January 3, 2009.

Three members of a family lost their lives in a pitiful accident in late 2008.

Tragic start to the year
The most recent of the tragedies occurred in the early morningJanuary 1 of this year, after a voracious fire that occurred at the Infonavit La Curva, again counts in the port of Topolobampo, in which a woman and her two daughters lost their lives, as well as a man who was injured. The fire began in the early hours of the morning, apparently because of a candle, and immediately spread to neighboring homes, with four of them being affected, constructed of sheet and cardboard. Read more: The most impressive debate covers from 2010 to 2014Lamentably, nothing could be done for the two adult women and one under the age of 12: grandmother, mother and daughter, respectively. 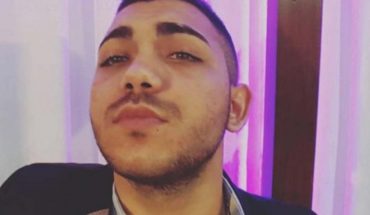 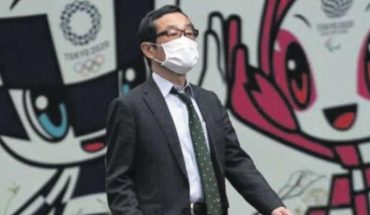 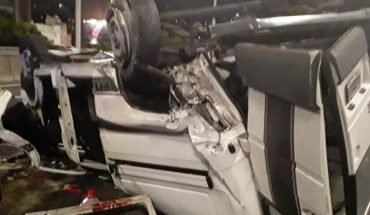