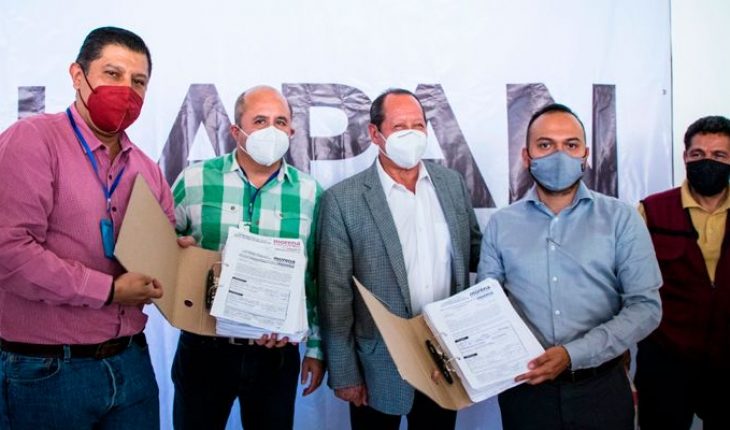 Uruapan, Michoacán.- Ignacio Campos Equihua, a licensed federal deputy, on Monday handed over to the coordinator of District 09, Leonel Godoy Rangel, the lists of 433 Committees in Defense of the Fourth Transformation – in the presence of the district coordinators of the South and North of the municipality, Ramón Hernández and Erandini Hernández, respectively; which is de facto the strongest structure to support the 4T project in Uruapan.
As part of the press conference convened by the Coordinator of District 09, to report on progress in the construction of the Morena structure in Uruapan; Campos Equihua noted that it currently has more than 550 committees integrated in the municipality, of which it now delivers most of it to district coordinators, with an average of 130 being in review for delivery.
“This whole process has been possible, thanks to the great work done by the members of my team in the different colonies and communities of the municipality, which has come to bear fruit in the integration of more and more citizens into the Fourth Transformation project; What we are sure of will consolidate Morena as the most important political force in Michoacán, in the coming electoral process.”
Nacho Campos pointed out that all the teams within the party are working in the same direction, so that in the end these efforts are joined and, to those who become candidates, serve as the solid structure that will support them to succeed in the 2021 elective process. “We are doing our best and will continue to form committees throughout our municipality.”
With this delivery, the structure of the licensed Uruapense legislator is consolidated as the most important force within the National Regeneration Movement in the municipality; ensuring a large citizen movement in favor of defending the 4T nation project in Uruapan; as well as the massive support of society for those who are candidates to hold a popular election position. 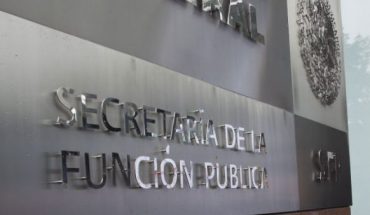 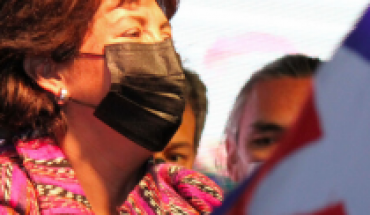 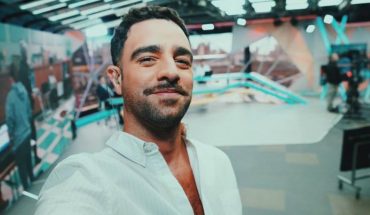 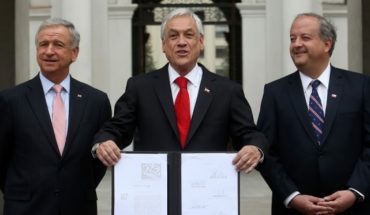