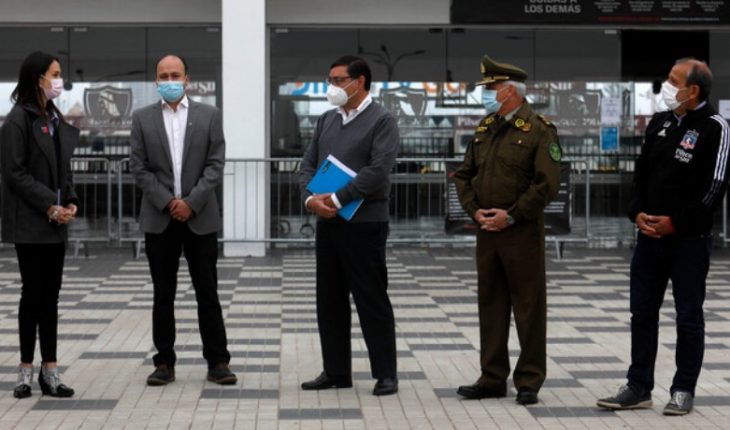 The Metropolitan Mayor, Felipe Guevara, together with the RM Health Seremi, Paula Labra, the head of the Metropolitan Zone of Carabineros, General Marcelo Araya Zapata, and the President of Blanco y Negro, Edmundo Valladares, verified the health and public safety measures implemented in the Monumental stadium for the Superclassic between Colo Colo and University of Chile, which will be held on Sunday at 16:00 hours. Guevara stated that “the inspection we have carried out has been completed to full satisfaction, both from a health and safety point of view. In the year 92, when this classic was made, there were 70 thousand people here. This Sunday there are going to be only 336 people, of whom 58 are security guards who will be in the three rings that were arranged in this stadium.” The various perimeters, the authority added, are “the court, where the players will be, the technical staff, the doctor, ball-passers and guards. Everyone who accesses that place, which is 130, does so with their negative PCR, with less than 72 hours. The second area, the stands, where the press is, for example, will also be controlled in temperature, symptoms. Measurements equal to that of the third ring, already outside the stadium.” Outside the Macul compound, meanwhile, Carabineros will put a contingent similar to that available in public matches. “There will be vehicular and pedestrian controls around the stadium… We’re going to be phase 1 so people need their permits to move,” the mayor said. For his part, General Araya confirmed that “we will establish perimeters, also in the vicinity, to ensure the necessary tranquility… But there should be no people in the vicinity, because we are quarantined, and only people who are duly authorized can access the stadium.” In turn, the RM Health seremi added that the enclosure “complies with all protocols provided by the ANFP, which are capacity in dressing rooms, and all measures to maintain the physical distance accordingly; the mask for non-players and the sanitization needed to prevent an outbreak of contagion in the stadium.” Finally, the President of Black and White indicated that “everything has been prepared in great detail. It is an important party and we have been concerned that all protocols will be followed. And within these protocols the presence of the leaders of both institutions is not allowed. There will only be athletes, staff, and people in charge of the safety and broadcast of the match.” 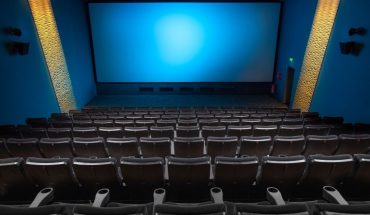 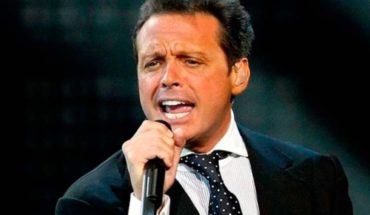 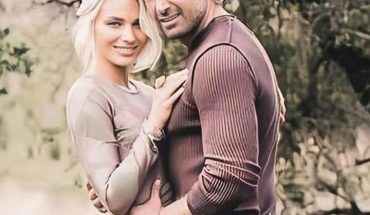 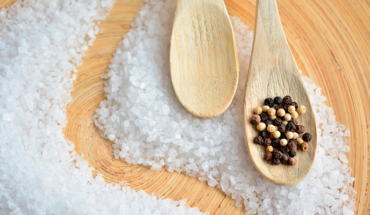