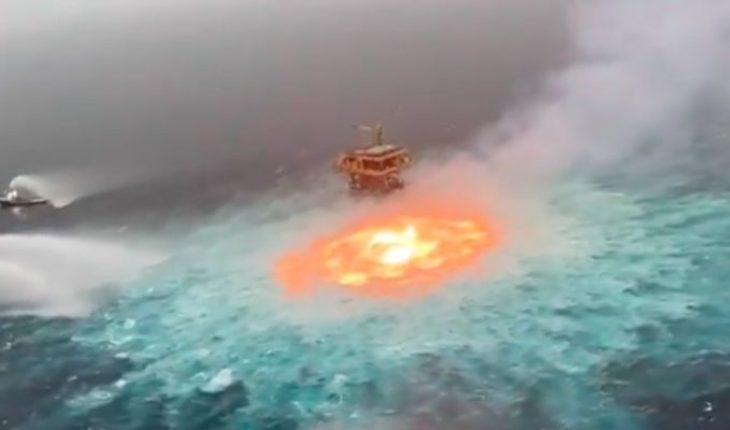 photography
Mexico. – “This is the world they are leaving us,” said climate activist Greta Thunberg, referring to the July 2 fire in an underwater pipeline of Petróleos Mexicanos in the waters of the Gulf of Mexico, 150 meters from the Ku-Charly platform.

Meanwhile the people in power call themselves “climate leaders” as they open up new oilfields, pipelines and coal power plants – granting new oil licenses exploring future oil drilling sites.
This is the world they are leaving for us. https://t.co/4hQ8nm11Fd
— Greta Thunberg (@GretaThunberg) July 3, 2021

In a message shared on his Twitter account, Thunberg criticized people in power who “call themselves ‘climate leaders,’ even as they open up new oil fields, pipelines and coal-fired power plants, giving new oil licenses to explore future oil drilling sites.”

Shout out to all the legislators going out on dinner dates with Exxon lobbyists so they can say a Green New Deal is too expensive ?? https://t.co/zlQE7LGfPL
— Alexandria Ocasio-Cortez (@AOC) July 2, 2021

According to a Pemex information card, at 05:15 hours there was a gas leak in the 12-inch submarine pipeline and the presence of fire in the sea, 150 meters from the KU-Charly satellite platform, located in the Campeche Probe and belonging to the Ku-Maloob-Zaap Production Asset, attached to the Production Sub-Directorate Northeast Marine Region of Pemex Exploration and Production.

PEMEX’s sea fire is also a wake-up call to the government that has turned its efforts toward oil, and has ceased to have the climate ambition it had before. It is essential that Mexico regains its leadership position. A spill of sun and wind is harmless. https://t.co/JQX49hQG9g
— Marcelo Mena-Carrasco (@marcelomena) July 3, 2021

You may be interested: AMLO is greeted with narcomantas in Caborca, Sonora
“The incident was dealt with immediately when security protocols were activated and with the accompaniment of nearby firefighting vessels such as Santa Cruz Island, Bay of Campeche and Bourbon Alienor,” Pemex said in the document.

The ocean on fire in the Gulf of Mexico from an oil leak. It is not an inevitable tragedy, but a model whose fuel is the destruction of the planet pic.twitter.com/aXJqvIoRaL
— Íñigo Errejón (@ierrejon) July 3, 2021

This is why in Texas a congressman fears that Pemex will not be able to guarantee safety around the Deer Park refinery and is asking that the purchase not be authorized. https://t.co/2uEMuUW6QD
— Mauricio Schwarz Left transgenic 5G nuclear (@elnocturno) July 3, 2021 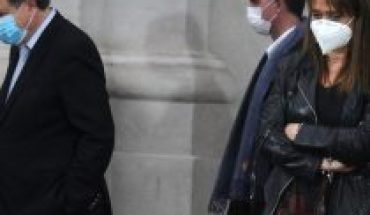 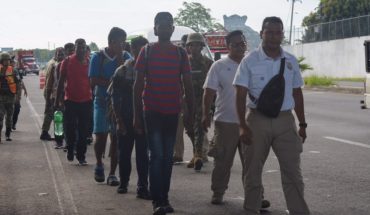 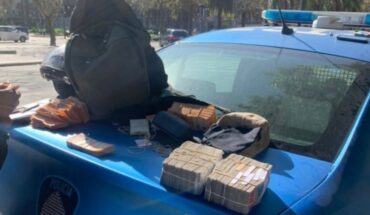