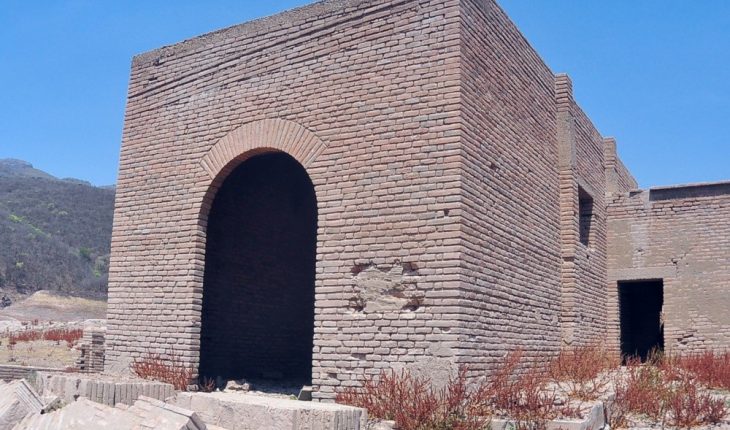 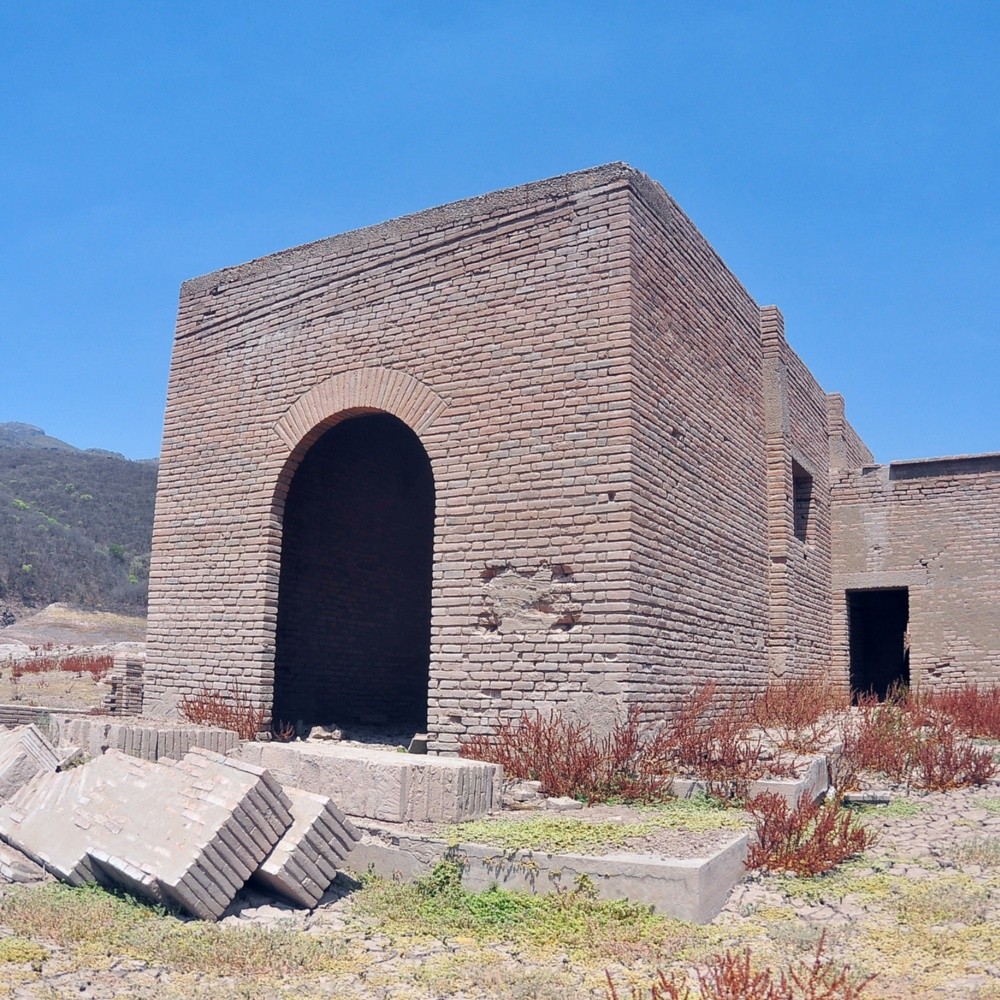 Choix, Sinaloa.- The resurgence due to the drought of the Hacienda La Guaza, in the glass of the Luis Donaldo Colosio or Huites dam in the municipality of Choix, attracted the attention of own and strangers, of those at home and of those who are far away in the distance, but close through social networks or digital platforms. Through comments made on the Facebook page of Debate, it was possible to observe how in some it caused surprise that even over the years, the structures of the walls, ceilings and beams of the church, mainly, remained firm even when they were underwater for more than 10 years.
Stay informed about what matters most to you

In others it was a joy to learn of the lands in which they worked as young people or to which when they were children they accompanied their parents or grandparents. Read more: Cenecist leaders see gray panorama for arrival of the new government in Sinaloa However, in those who were born or lived there much of their lives, in which they forged a destiny under the shelter of La Guaza and who felt and saw all the splendor that this reflected, caused nostalgia to tears.

mastery. Excellent workers, such as the carpenter Fabián Chaparro, shaped the temple of the Rancho La Guaza. Photo: Debate

The memories, they say, remain indelible even over the years, because they have tattooed on their entire being the gift of having lived those yesterdays of greatness of the Hacienda La Guaza with the man that many loved, respected and that until today embraces their soul when thinking of him: General Cruz.

shelter. When they had to leave the ranch, Ramiro Cruz removed the plaque from the front of the church and they have it in their care. Photo: Debate

“I remember every space”
For Ramiro Cruz Burgos, the third of five children that the general procreated with his second wife, María Sotero Burgos de Cruz, La Guaza meant his very life, because from the age of 20 years, approximately, he dedicated himself to administering it at the request of his father, in addition to also attending the San Miguel ranches, four hours on horseback from La Guaza and where Jesus Barraza was caporal; and Algarrobal.
I came and went with my uncle Nacho because for every decision I made him look like a man of a lot of experience and all the confidences of my father”.

About the church of La Guaza, which caused so much furor on social networks because it remains almost intact, which was inaugurated in 1953 and blessed by Bishop Lino Aguirre, in the tranquility of his office the rancher explained that as for the rest of the buildings his father hired the best men to build it on the initiative of his first wife , Luz Anchondo de Cruz, of whom she was widowed. Thus, from El Fuerte he took to La Guaza a man whom Ramiro Cruz knew only with his name and through his works: Don Nicho, one of the best master masons who have seen his eyes.
All the brick, he explained, was made right there in La Guaza by a brickman hired from Los Mochis, who had zero saltpeter, hence he still stands firm. As for the benches, the windows, the door, the confessional, the furniture of the sacristy, were made of cedar by the excellent carpenter Fabián Chaparro, originally from El Descanso, Choix, supported by Chalo Avendaño.About the pine beams that surprisingly remain in place, Ramiro Cruz pointed out that it was Víctor Flores, El Palomino , who carved them. Everyone in their area was the best. The cross that was in the tower of the church explained that it was made by his uncle Homobono Robles, a magnificent blacksmith from Los Pozos, Choix, who had been the brother of his grandmother Esther Robles.” There is a video on Facebook of my brother Jesús Ramón where he says that Don Estanislao Lugo made the church, but no, don Nicho made it. What we agree on is that our parents were married there, my mother dressed in Chinese poblana and my father in charro. Very beautiful ceremony. There I also made my first communion, “says smiling Ramiro Cruz.La saltthe huites dam was nostalgic, sad, but it was known for a long time that this was what the place was going to become, a dam, said the farmer.” I was very happy there.”
For her part, for Karla Fox Cruz, who lived many of her Easter, Christmas and New Year holidays in La Guaza, the best memories she has of her childhood and youth are precisely in the hacienda of her grandparents, General Cruz and Mrs. María Sotero Burgos.Hija de Sergio Fox Arce and María del Carmen Cruz Burgos , Karla Fox remembers that her birthday, april 6, was common to celebrate at the grandparents’ house.” All the children from the surrounding area came to celebrate my birthday with me. There were sweets, piñatas, cake, and it was a total uproar because there were also about 60 guests of the family. They were great parties that I always remember fondly.”

The Luis Donaldo Colosio dam was inaugurated on December 14, 1995 and like La Guaza, other towns in Choix were underwater.

The map shows the hubication of the Huites Dam in Chiox, as well as the nearby rivers and towns. Photo: Debate

“The general tried to stop the shooting of Father Pro”
General Roberto Cruz Díaz is remembered in national history for the execution on November 23, 1927 of the father and eventually blessed Miguel Agustín Pro, along with his brother Humberto, the engineer Luis Segura Vilchis and Juan Antonio Tirado, for allegedly having participated in an attack against General Álvaro Obregón.However , what little is known is that he tried to stop this execution that had been ordered by the then president of the republic Plutarco Elías Calles, explains his son Ramiro, but he could not do anything and had to comply and he in turn ordered a platoon to shoot.” There’s a book that journalist Julio Scherer published called The Indian Who Killed Father Pro, and a lot of people believe in that, but that Indian didn’t kill Father Pro, that Indian was my General Cruz and he didn’t kill him.” He even remembers an anecdote in which the general accompanies his first wife, Luz Anchondo, to Europe to meet the Pope, and since he was a Mason of the 33rd degree and had to sink when he appeared before him, he preferred to wait for her outside.
Many say he went to apologize for the father’s shooting, but no, it’s false. He accompanied his wife.”

Read more: Sinaloa celebrates National Plant Health DayTroseals of history that bring to the present a longed-for past
The same train of yesterday, the one of today, the usual one, that which was the dream of Albert K. Owen to unite Topolobampo with the United States, was the one that during the year of 1995 moved from the Jesús Cruz station to the city of Los Mochis the precious treasures that the church of La Guaza protected. Ramiro Cruz took in his arms the image of the patron saint, the Sacred Heart of Jesus, and silently walked the stretch of the train between Choix and Los Mochis to keep him in this city in the protection of the family. The same happened with the cross in the tower of the church and the bell with which they announced in style the masses and other religious services. After transporting by this same means to the last asset of the hacienda, a chapter was closed in the history of the Cruz Burgos family, formed by the general and his wife, and their beloved children María del Carmen, Jesús Ramón, Ramiro, Luz Esther and María del Coral.

devotion. The Sacred Heart of Jesus emanates the peace he gave in the church of La Guaza. Photo: Debate

Sinaloa needs water! Tour of the glass of the Luis Donaldo Colosio dam (Huites), in Choix 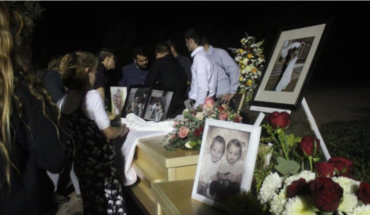 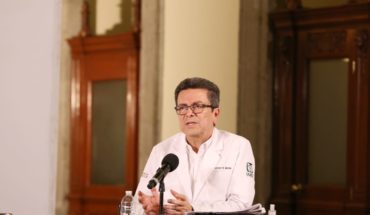 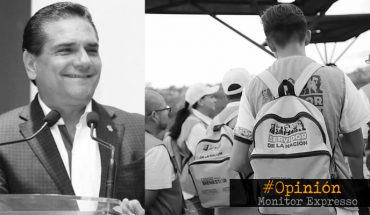 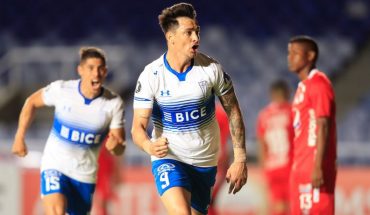