good! We’re on our birthday. El Semanal today turns 1 year old. A project that started with modest pretensions but great ambitions is now a community of more than 18 thousand people. And we’re going for more. In the coming weeks I will tell you what is coming, but, from now on, thank you very much. So share El Semanal with a friend, family member or colleague and make sure they sign up. And if you’re reading this and you’re not yet subscribed to, do it HERE.
Before we start, a word about tolerance. The health of a democracy is based on how majorities treat minorities. In my view, some of the things we saw in the first week of the Constitutional Convention showed the least tolerant side of those who are mandated to lay the foundations of the new Chile. And that does not help to dispel the fears and uncertainties, which constitute the greatest obstacle for the country to grow and become a more just, more inclusive, more tolerant and less unequal society. The empirical reality is overwhelming.
And with regard to tolerance, this week the AFP Association joins the El Semanal community as a sponsor. Some may make noise. We believe that, like other representatives of the private sector, the association has every right to be part of the conversation about the new Chile.

Last chance to participate in our next workshop. It’s this Wednesday, July 14th and we’re going to talk about the world of credit. From the mortgage to the consumer, through the cards, we are going to explain everything there is to know about that world and try to help you become a responsible debt. Sign up for the workshop: Wednesday, July 14 at 7:30 p.m. – Cost: $5,000.

The era of easy silver is over. This week the Central Bank Board will announce the first interest rate hike in more than a year. The consensus is that the Monetary Policy Rate (MPR) would rise from 0.5% to 0.75% in July and to 1% in August, to reach 2% in 12 months. BC interest rates have been at their technical low of 0.5% since March 2020. Partly in reaction to the blow of the social upheaval to the economy and to alleviate the impact of the pandemic. The hike that will be announced on Wednesday was warned by the agency in the minutes of the June Monetary Policy Meeting.
The BCI, in a note to its clients, said that inflationary risks would lead for the time being to a monetary normalization, but still maintain a relevant stimulus to support the recovery in the coming months.
Why it’s important to everyone. The Central Bank’s interest rates are a reference for the rest of the market and is the instrument with which the bank controls inflation. In addition, it impacts on the value of mortgage loans, consumer loans and the cost of financing companies (including SMEs).

In the market, rates have been rising for several months now. In recent months we have experienced strong volatility in market rates, attributed to political uncertainty and a lack of clarity about the future of short- and medium-term inflation. In the market, they explain that the strong rebound in growth driven by consumption, the uncertainty linked to the withdrawal of funds from the AFP, the lower demand from institutional investors and the inflationary resurgences, have sovereign rates (10-year Chilean government bonds) at almost 5%. A year ago they were halfway there. And mortgage lending is at its highest level since August last year.

The factors are several: Economists warn that the debt market has been largely impacted not only by institutional demand distortions and oversupply, but also by the aforementioned political uncertainty and subsequent adjustments to Chile’s new risk classification. And they warn that this level of rates may be a problem to sustain medium-term growth.

Impact on pensions. Fund E, which invests almost everything in fixed income/bonds, has fallen about 10% in 6 months.

2
2- THE CHINESE SHOE IN WHICH ITAÚ BRAZIL IS BECAUSE OF SAIEH’S PROBLEMS
What happened. Itaú Brasil, controller of Itaú CorpBanca, surprised the market by revealing that part of the capital increase it had already announced will be to buy the 12.36% that Álvaro Saieh still has in Itaú Colombia. The capital increase of about US$ 1,000 million, originallyand was explained as necessary to meet the capitalization indices, in line with the country’s major banks, in accordance with Basel III standards and as provided by the Financial Market Commission (CMF). Also to finance the future growth of the bank. The extraordinary shareholders’ meeting of Itaú CorpBanca is on Tuesday.

What is the controversy. In December 2019, Itaú CorpBanca bought 20.82% of Itaú CorpBanca Colombia from Colombian partners for US$ 334 million. Now they want to pay US$330 million for almost half of the previous package, 12.36% from the same bank. In other words, twice as much as a purchase made a little over a year ago from other Colombian partners.

Conflicts of interest. It is worth mentioning that the terms of the operation were part of an agreement prior to Saieh’s bankruptcy, but in the market they emphasize that the situation changed: Saieh owes Itaú Brasil US$ 1,200 million and they are also partners in Itaú CorpBanca. In the market they stress that Saieh is bankrupt and that there is a lawsuit that they took the money from Corpgroup Banking to pay the Brazilians and, now, the bondholders can demand that it happen in reverse. Legal sources do not rule out lawsuits against Itaú Brasil.

3
3- SEBASTIAN EDWARDS RELAXED AND UNCENSORED
He was the guest of honor at the Mirada Pacífico lecture series of Pacífico Research, to make an analysis of a Chile in crisis, and he spoke openly. The invitation was made by Igal Magendzo, a partner at the influential consultant and Edwards’ alumnus at UCLA. Magendzo was coordinator of economic policy during Michelle Bachelet’s first term and is considered one of the economists who understands most about the exchange rate and macro policies.
On the economic program of Daniel Jadue and the Communist Party

The election of Elisa Loncon as president of the Constitutional Convention

“The right should have come out and said what a good idea. In terms of human capital, it’s a person you can talk to. The right has to understand that it lost and join the process (… ). I’m very impressed by how defensive the position on the right is… entrench yourself, which is not good.”

His vision of the Constitutional Convention: we must bet on the yellows
“The hope is placed in the yellows, which includes … Paty Politzer, Patito Fernández and Agustín Squella”.
How to grow again: we don’t need José De Gregorio anymore

“If they don’t raise taxes, they’re fried. And it’s not easy to do it in Chile. What is coming is super expensive to maintain social peace. And for Chile to grow again, we must understand that Chile has been losing the things that distinguished us from the rest of the region: legal certainty, no, and stability (…). Now the focus has to be on how to organize productive activity to be more efficient. And that means having more and better industrial engineers. But let them exercise. I don’t want José De Gregorio anymore, who is an engineer and who graduated as the most outstanding, but then he dedicated himself to the economy.”

Here you can see Edwards’ full presentation
4
4- GRAPH OF THE WEEK: THE CASEN AND WHAT IT SAYS ABOUT POVERTY AND INEQUALITY

GRAPH OF THE DAY / Poverty in Chile rises for the first time in 20 years due to pandemic, according to official figures from the Casen Survey. The analysis detailed that 10.8% of the population is in a situation of poverty, which is equivalent to 2.1 million people. Extreme poverty almost doubled and reached 4.3% of the population, representing more than 800 thousand people. In 2017, the percentage of poverty was 8.6%, and of the “extreme”, 2.3%. Inequality went back 15 years. The report emphasises that the figures would have been much worse if it were not for state aid.
Inequality between 2006 and 2020

Growth matters. Two facts to observe: the survey confirms that since 2013 the decrease in poverty has stagnated, a reflection of the low average growth since 2010, and poverty among immigrants reaches 17%.

A message from AAFP

5
5- NO CLEATS OR TIES
-The Matte and Telefónica send a specific signal that should worry. It’s part of the uncertainty that we’re experiencing about the political situation and the tax hike that’s coming. We may like it or not, but it is a reality. What do I mean? To the decision of CMPC, the flagship company of the Matte Group, to change its dividend policy and that this year it will distribute 100% of the profits. Close to the group say they will probably do the same with Colbún.

Without investment it is difficult to grow. In the market they recall that the more than US$ 500 million received for the sale of Pulgosa (ports) and the US$ 1,295 million they received for the sale of their transmission subsidiary, were not reinvested either. In addition to the Mattes’ decision, Telefónica d’s announcementand distribute their accumulated profits and reduce their investments. There are other companies that are re-stocking their shares.

-The total lack of logic in the proposal to cut the specific tax on fuels by 50%. The initiative has been voted admissible by a large majority, despite the strong impact it would have on the fiscal coffers, and the fact that the measure favors by a wide margin the richest and that, at a time when we are betting on being a more sustainable country, goes against everything that is recommended in the world to discourage the use of cars in the fight to curb climate change.

Economic impact. The Ministry of Finance estimates that the lowest collection may be between 1,000 million and 1,200 million dollars, almost half of what we spend per month on the Emergency Family Income (IFE).

The best explanation of how illogical the measure would be was given by economist Claudio Agostini on Twitter and became a trend. Agostini was part of the Tax Commission that analyzed tax exemptions and is considered one of the most aware of the issue in Chile. He is an academic at the Adolfo Ibáñez University.

6
6- AGENDA OF THE WEEK: ALL THE ATTENTION ON THE CENTRAL BANK
THE IMPORTANT THING
-As we highlighted a little above in this edition, the focus of the week is the Monetary Policy Meeting. The Council meets on Tuesday and Wednesday and publishes its decision on the latter day, starting at 6.00 p.m. The market anticipates the first hike in more than a year.
Monday
-Publication on the website (www.bcentral.cl) of the Results of the Monthly Survey of Economic Expectations (EEE) of July 2021.
THURSDAY, JULY 15
-Publication of the Weekly Conjuncture Indicators.
7
7- PHOTO OF THE WEEK: ARGENTINA CHAMPION OF AMERICA

“What a beautiful madness !!! This is incredible, thank God!!! WE ARE CHAMPIONS THE SHELL OF YOUR MXXXDRE!!!!!! Vamossss carajooooo! #VamosArgentina.”

It has nothing to do with economics or finance, but much to do with emotions and passions.

The photo and the phrase were uploaded by Leo Messi to his Instagram account and reflect the relief of an entire country that is suffering with a little more harshness the economic and health crisis that is hitting the world. Those who have been following me and listening for some time, know that not only do I live here in Buenos Aires for a couple of years, but that my family is from here. So this photo is a bit of a tribute to the madness that was experienced in my house last night.

That’s how far we got this week. Before closing, remember that if you have any comments or information to share with us, write to me at ivan@elmostrador.cl or follow me on Twitter @ivanwese and Instagram @ivanwese. Sign up for El Semanal HERE. 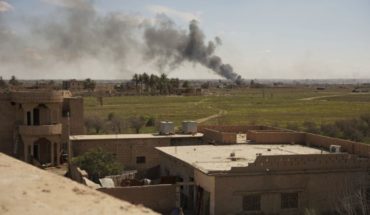 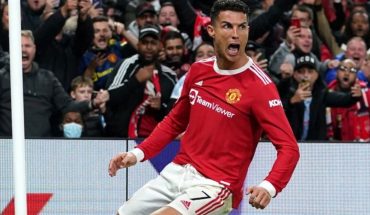 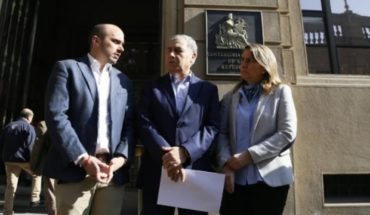