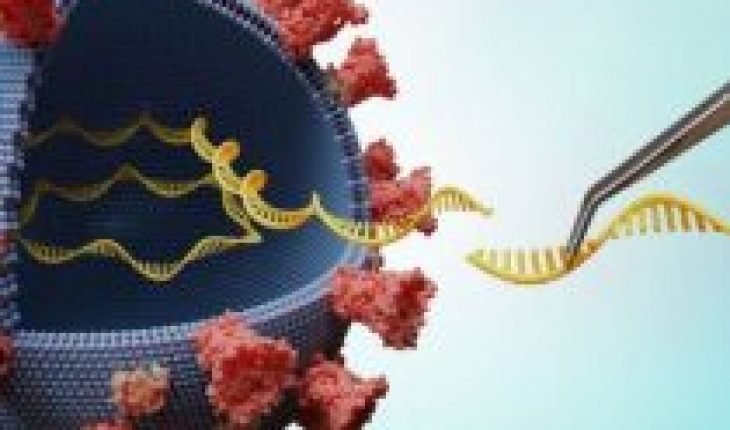 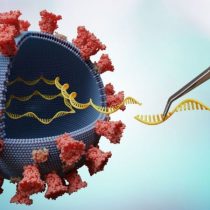 The delta variant of the coronavirus was detected in India in October 2020 and has so far reached at least 96 countries.

In some of these countries it has become the dominant variant, as in the case of Singapore, the United Kingdom and Portugal.

Preliminary data show that it is more transmissible than other variants, carries a higher risk of hospitalization and reinfection, and generates a slightly different picture of symptoms (more headache and less cough, for example).

It is estimated that the delta variant is between 30% and 60% more transmissible than other variants of the coronavirus.
In the UK, it has already become dominant and accounts for 90% of new cases.

This variant has raised concerns about the possibility of evading vaccine protection, but there is no confirmation of this hypothesis.

In other words, studies so far show that vaccines are still effective against delta.

In Brazil, the city of São Paulo has already admitted that the delta is spreading into the city, but it is not known to what extent or if it will become dominant.

But what makes this delta variant more worrisome?

Generally speaking, it is a set of genetic “improvements” that facilitate the spread and invasion of the human body.

But we must not ignore the environmental problems involved, that is, how the behavior of society without control and prevention measures also influences the transmission of these variants.

‘Advantageous’ mutations for the coronavirus

Sars-CoV-2, the coronavirus that causes covid-19 disease, doesn’t have as much ability to mutate as the flu virus, for example.

But when new variants emerge, they need to have “advantageous” characteristics that make them viable in an environment of so much competition and selection to invade human bodies.

The delta variant has mutations that facilitate the invasion and escape of the immune system. BSIP

It is more transmissible and more likely to reinfect people who have already become ill with other strains, but there is still no clear evidence of whether delta causes more serious disease or escapes the protection provided by vaccines.

Two substitutions in the cell receptor binding domain (L452R and T478K)
Substitution near the S1/S2 cleavag site via furin (P681R)
Substitution (T19R) and delegation (157-158del) in the ntd antigenic domain.

But what does all this represent? Let’s go to each of them.

An important part of these “advantageous” changes have occurred in the way the virus connects to our cells.

More specifically, the link between the spike of the virus (also known as protein S) and the ACE2 receptor, an enzyme found on the surface of our cells.

This spike acts as if it is the key that opens the lock of our cell and allows the invasion of the coronavirus.

Once inside, it uses the cellular structure to multiply.

In the case of the delta variant, there are two relevant mutations in the spike, which are known by the codes L452R and T478K.

Generally speaking, a virus is a nucleic acid (DNA or RNA) surrounded by sets of amino acids (proteins).

The outer layer serves to attach and invade the human cell, for example, and the inner layer serves as an instruction manual to be used to produce new viruses within the invaded cell.

Thousands of mutations of the coronavirus have emerged since it was identified. GETTY IMAGES

During this process of virus production, the surrounding amino acids can undergo three types of mutation: elimination (deletion), appearance (insertion) or change (substitution).

These mutations do not occur for any specific reason and are often lost along the way.

But some of them are established and begin to appear from the replication of the virus.

This explains why this variant has become more transmissible.

Therefore, there will be more viruses that will spread when coughing or sneezing, for example.

A study led by researchers at China’s Centers for Disease Control and Prevention found that a person infected with the delta variant can have up to 1,000 times more virus in their body than someone infected with early versions of the coronavirus at the beginning of the pandemic, in late 2019.

This higher viral load may also be associated with increased disease severity, as the variant tends to affect more human respiratory cells.

2. More efficient activation and theory of coronavirus creation in the laboratory

To invade the human cell, it is not enough for a virus to find a gateway and adhere to it: it must first be activated.

In the case of Sars-CoV-2, this activation occurs through an enzyme in the human body (called furin) that cuts the spike of the coronavirus into two: S1 and S2.

After this cut, called cleavage, one part of the spike (S1) attaches to the human cell and the other (S2) fuses its membrane with the membrane of the human cell, allowing the insertion of genetic material and initiating the production of more viruses.

By cutting the spike, the enzyme causes it to open and reveal hidden genetic sequences that help it bind more closely to the cells of the human respiratory tract, for example.

A mutation close to this location can further alter this behavior.

This is the case of the delta variant, which carries a mutation (P681R) in that region.

“The more sensitive to human furin, the more efficient the spike of the virus will be. This furin-activated fusion process is mediated by the area from the amino acid at position 618 to the position of amino acid 1273,” explains virologist José Eduardo Levi, coordinator of research and development of the Dasa laboratory network, and researcher at the Institute of Tropical Medicine of the University of São Paulo (USP).

“A mutation in this region, such as P681R, makes this fusion faster. This mutation appears in both delta and alpha variants, discovered in the UK, and in some cases in gamma, discovered in Brazil,” he adds.

Mutations in this region of the coronavirus are so relevant that they are at the center of two central points of the pandemic.

First, it is believed that this affinity for human furin was crucial in allowing the virus to leave other animal species and begin infecting humans by the end of 2019.

Second, this mechanism is so efficient and atypical among the types of coronaviruses that infect humans that it has become the main argument of those who claim without evidence that Sars-CoV-2 was generated or modified in the laboratory.

There are unproven theories that the virus was created in a laboratory. Reuters

“All coronaviruses that infect humans have a certain domain, a specific area that recognizes furin,” Levi explains.

“But Sars-CoV-2 is very humanized. In other words, it’s much more efficient than what’s been seen in other coronaviruses, which have reasonable recognition of furin.”

“And only Sars-CoV-2 has this mutation, this insertion of four amino acids. That’s the strongest argument that this coronavirus was created in the lab.”

“Because so far, no intermediate coronavirus has been found that points to it gradually improving. This came ready to be segmented by human furin,” the scientist adds.

According to the expert, the lack of this sequence of four amino acids in the Sars-CoV coronavirus may explain why it caused a Sars epidemic limited to Asia in 2003, which did not become a pandemic that has spread around the world as Sars-CoV-2.

Fernando Spilki, professor at Feevale University and coordinator of the Corona-Ômica Network at Brazil’s Ministry of Science, Technology and Innovation, uses the analogy of Lego pieces to explain the role of mutations in the eventual escapes of immune system variants and vaccines.

By learning to defend themselves, defense cells, such as neutralizing antibodies, use parts of the invaders to know how to identify and fight them.

When mutations occur in the coronavirus, for example, it is as if the parts of the antibodies no longer fit well with those of the invader, which facilitates escapingand.

Therefore, the virus can at the same time mutate to more efficiently attach to the cell’s gateway and partially escape the socket with neutralizing antibodies.

For Spilki, “it’s as if the virus creates pathways to escape the immune system and develop more effective forms of transmission.”

He explains that all these changes were “foreseen” in laboratory experiments, which are able to analyze the influence of each exchange, insertion or deletion of these small pieces on the behavior of the coronavirus.

In the case of the delta variant, the mutations linked to it are the T19R substitution and the 157-158del delegation.

Returning to the lego piece analogy, replacing the amino acid T (threonine) with R (arginine) at position 19 makes it difficult for the body’s defense system to identify the invader to fight it.

In general, proteins have two ends, one called N-terminal and the other C-terminal.

In the case of coronaviruses, the N-terminal region (DTN) is considered more antigenic or immunogenic.

That is, the human defense system “perceives” better and produces more antibodies against it.

The spike (protein S) is the most antigenic of them, so vaccines are usually produced targeting this structure to teach the body’s defense system to identify it to fight the coronavirus as a whole.

This is where mutation comes into play as a way to hinder the fight against the coronavirus.

Changes (deletions and substitutions) in the structure of the delta variant in an antigenic area (NTD) hinder the performance of the body’s defense system.

“Why do rays start removing parts of your genome? He has to have a powerful reason for that. Which one? The human immune response, whether natural by infection or induced by vaccines,” explains Levi.

“In general, the removal is harmful, that is, it makes the virus ineffective and ends up being eliminated. But in the case of variants of the coronavirus, these choices are being advantageous because they eliminate regions that provoke a very strong immune response in the host and thus manage to escape (from the human defense system),” he adds.

So far, there is evidence that the delta variant can escape antibodies from people who have already been infected with the beta variant (discovered in South Africa).

But there is still no evidence that it is able to escape the immune response generated by vaccines.

It is worth remembering that none of these mutations are exclusive to one variant or another. What makes them worrisome is their whole.

That is, that at the same time they have new characteristics that make them invade cells better, be more efficient to activate and escape from the defense system.

According to Levi, the context of several variants that have random mutations that are relatively similar is called evolutionary convergence.

This is because, among other reasons, the evolutionary pressure of natural selection against the most diverse forms of coronavirus in the world is virtually the same: people are gaining immunity, either because of the vaccine or because they became infected with the virus. 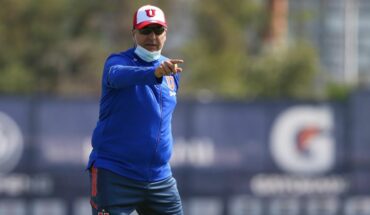 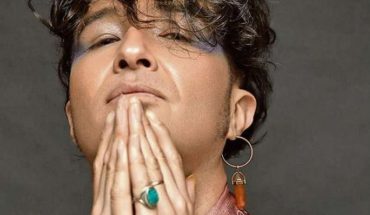 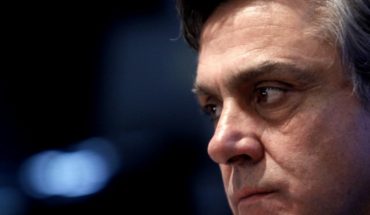 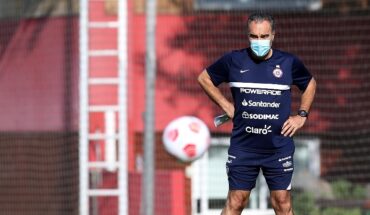