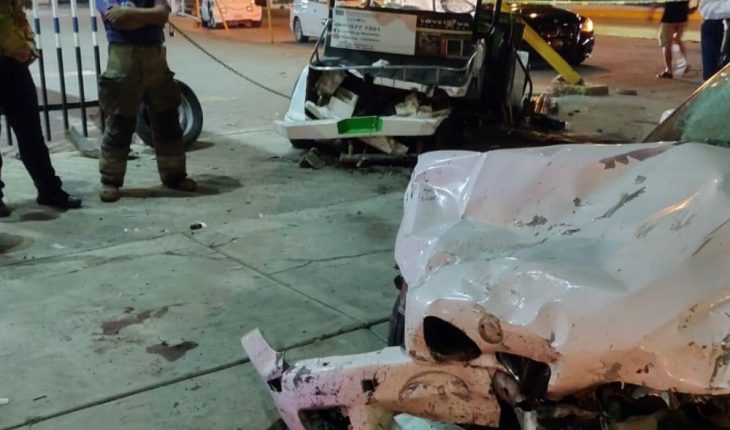 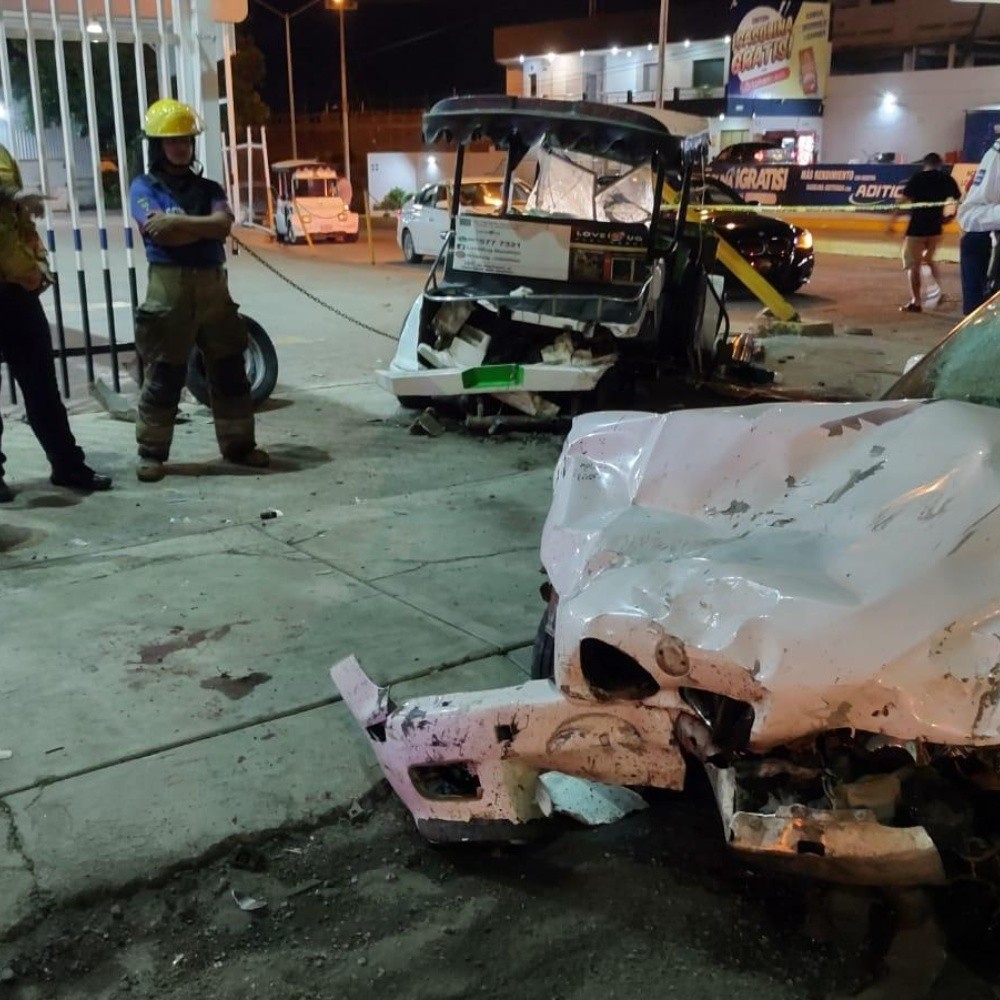 Mazatlan, Sinaloa .- A strong clash occurred on Sunday night at the intersection of Avenues Mexican Army and Sports, at the height of the Autonomous University of Sinaloa, leaving as a balance two people seriously injured. Strong crash leaves two people injured in Mazatlan A white BMW sports car with a black roof crashed at high speed into the right side of a public transport pneumonia, number 0166/91, at approximately 22:40 hours. In the pneumonia was injured who was identified as Cecilia N., approximately 50 years old and the driver of pneumonia. She suffered injuries to one knee, and the lung showed a cut at the height of one of her eyebrows. The driver of the sports car, a young man, looked unharmed. He was handcuffed and put on a municipal patrol car. At the scene it was said that the BMW came from south to north by the Mexican Army, and pneumonia from west to east on De los Deportes.Al site were attended by elements of the Volunteer Fire Department of Mazatlan and the Red Cross.Read more: 18-year-old dies in a collision between motorcycle and car in Navolato, SinaloaThe firefighters threw dirt on the spilled fuels and thus avoided a risk of fire, while red cross paramedics took the injured woman to a hospital. Details of the Child and Youth Consultation 2021: INE 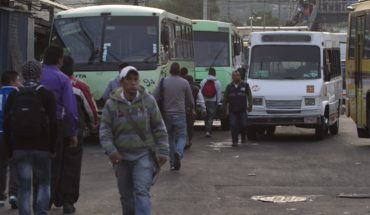 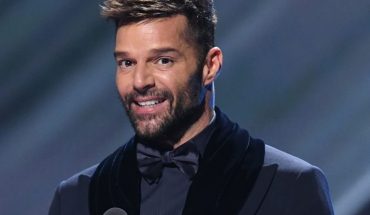 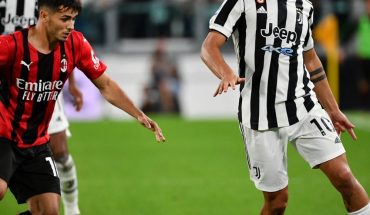 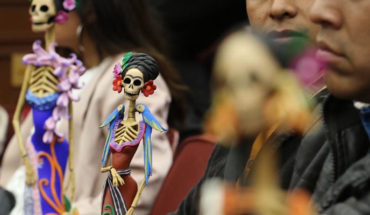