U.S. immigration authorities have expelled from the country about 4,000 Haitian migrants who crossed the southern border illegally in recent days, under the rules established by Title 42. However, about 12 were released in the nation according to official information. Alejandro Mayorkas, U.S. Secretary of National, explained Sunday in an interview with CNN that some 30,000 Haitian migrants crossed from Mexico near the Texas border. Of this group, about 8,000 returned voluntarily.” Approximately 4,000 were expelled under the public health authority of the Centers for Disease Control and Prevention (CDC),” Mayorkas told CNN’s State of the Union. The express expulsion is covered by Title 42 that was implemented since the administration of Donald Trump in March 2020. The law allows the government to return undocumented migrants immediately, without allowing them to request asylum, in the face of the current pandemic of Covid-19.No however, the official indicated that “there are about 13,000 [migrantes] that are in immigration court proceedings,” he added. A few days ago, approximately 15 Haitians camped for a week under the international bridge in Del Rio, Texas, which connects to the City of Acuña.Mayorkas also revealed in another interview with FOX that between 10,000 and 12,000 of the Haitians who gathered under that bridge were released in the United States, with notices to appear in the Courts. His administration is the target of severe criticism for maintaining title 42’s anti-immigrant policy; which it defends with the argument of being necessary for the current health contingency and that it will stop being used when the CDC decides.” It is a public health law to protect the public, communities and migrants themselves,” Mayorkas said on CNN. In Biden’s defense, Mayorkas told FOX that the current administration does not plan to build walls like the Trump administration did.Read more: Racism? Officers Allow Police Dog to Bite African American in U.S. (VIDEO)”It is the policy of this Administration that we do not agree with building a wall,” he said. Mario Delgado asks to support AMLO in revocation of mandate in 2022 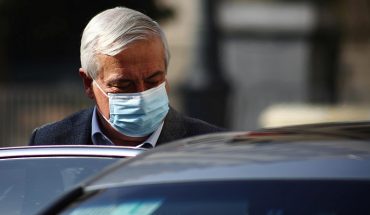