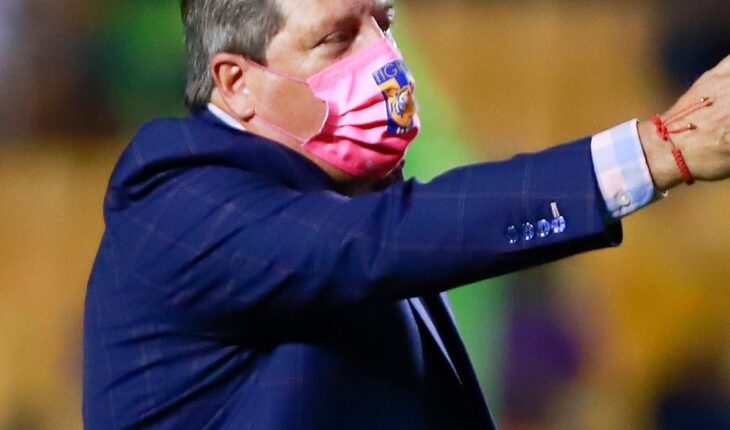 Nuevo León, Monterrey.- Miguel “Piojo” Herrera made it clear that if a team walks in a good way it is the product of the efforts of the whole team, but if a team lives a bad moment it should not be judged to only one element, but to all those who make it up. After returning to draw at home, now against Rayos del Necaxa last weekend, by a poor 0-0, who received more criticism and boos from the fans of Tigres of the UANL was the Paraguayan Carlos González, who fails to recover his scoring path of the past tournaments in this Grita Mexico A2021 of the Liga MX. His misdefinitions caused the patience of the fans to manifest against him inside the University Stadium. González had arrived as a promise for six months, but in recent months he has been left to duty as a gunner from Regiomontano. The scenario did not paint in a good way for the Guarani, who was disappointed and frustrated after what happened, which caused Miguel Herrera to enter his defense. “Booing is for everyone, not just for one player,” he said. Read more: Deplorable! Pumas fan carried a hidden weapon “I understand that when the striker fails people get upset and they did mess with Carlos but in the end it is for everyone the whistle of the people, because we did not give the satisfaction of returning them to their home happy,” said the “Louse” Herrera. On the other hand he pointed out the bad definitions, which he blamed on bad luck. For now Tigres is 5th place with 18 units and that is because most of its victories have been stamped outside “El Volcán”, which worries him but assured that work is being done to balance in both parts and thus continue to be both local and visiting factor. “The team tried and managed the game but as locals we are not dropping the goals. We left sad, upset, angry because we did not win but we try to get the malaria to go away from home, outside we are being given everything,” he concluded.