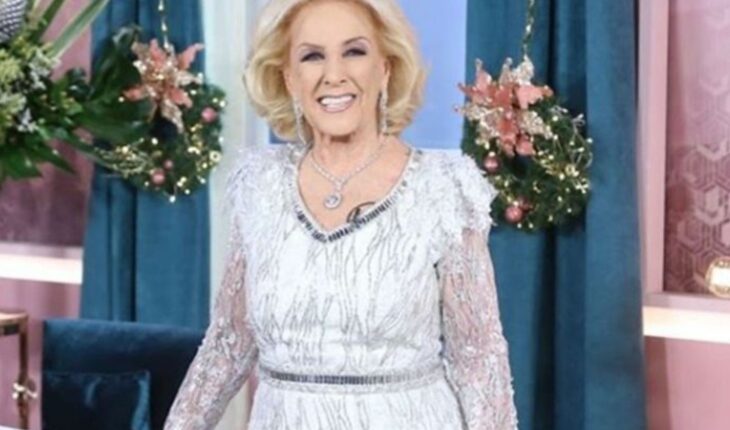 Mirtha Legrand “continues to evolve favorably,” said the new medical report earlier in the week, about the state of health of the driver, who will continue to be observed by specialists. Ms. Mirtha Legrand continues to evolve favourably to treatment. She will continue with monitoring until her full recovery,” said the statement issued from the Mater Dei Sanatorium, where she is hospitalized.

La Chiqui was admitted to the medical center located in San Martín de Tours (CABA), on Thursday, September 30, after feeling discomfort and calling a doctor who decided to refer her to the hospital to perform more exhaustive studies. Once there, and accompanied by her granddaughter, the actress Juana Viale, and later by her daughter, the driver Marcela Tinayre, the doctors saw that she presented a picture of coronary obstruction, so they decided to place two stents.

“Thank you very much to everyone for the respect and affection for Mirtha and her family,” closes the medical report that indicates that “if there are no changes” a next statement will be issued on Wednesday, October 6 during noon. At the end of August this year, Mirtha Legrand returned to the conduct of her program for the only time after eight months of leaving the cycles in charge of her granddaughter, Juana. “How weird I feel, but happy, happy and content. Do you know how many days I was locked up? 300 days, yes sir, without leaving my house, or the balcony. That upsets you, it doesn’t do you good, it doesn’t do the brain any good,” he said in front of the cameras.

Mirtha Legrand on her return to television

“I am big, gentlemen, I am a very old lady, but I am vital, I like life, I like my friends, enjoy life. And it was so bad that I called a neurologist. And I say, doctor, I want to go back to being the one before. You know what he said to me? ‘Work, work, work…’ It is the best therapy,” he concluded while introducing an emotional moment that was given before a video call he had with Juana.
In this note: