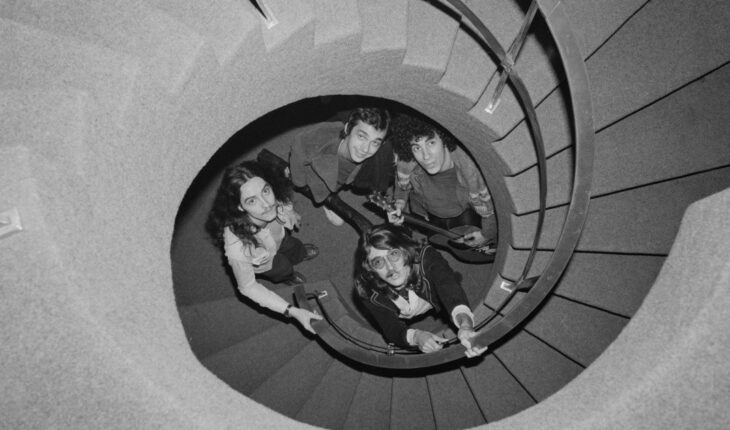 I once read in a YouTube comment that the outro of “Eiti Leda” by Serú Girán was the music that sounded when you entered paradise. Well, now imagine listening to that remastered and on vinyl. The National Institute of Music (INAMU) and Altafonte are behind the reissue of “Serú Girán”, the first album of the band composed of Charly García, David Lebón, Pedro Aznar and Oscar Moro that is now available online and in record stores in CD + vinyl + unpublished photos format. The process is similar to the one that was carried out in 2019 by the 40th anniversary of “La Grasa de las Capitales”, his second album, but this time he took twice as much work with the tapes and negatives of the original photographs. For you, nerd of national rock and music in general, today we are going to tell you.

It all started with an order from Charly. “Can you recover the photos of José?” he asked Diego Boris, head of INAMU, and his team when they went to see him for the remastering of “La Grasa de las Capitales”. García was referring to José Luiz Pederneiras, a Brazilian photographer who was in charge of illustrating the ’78 album but who is also the brother of Zoca, the dancer who was Charly’s partner at that time. Something similar had been done with Rubén Andón’s material for “La Grasa…”, so Boris got underway with Gustavo Gauvry of the Argentine Association of Audio Technicians and Engineers (AATIA). Prior to this, there was a key event that enabled the project in the first place: the recovery of the historic catalog of Music Hall, the most important Argentine label of the early ’50s.When the company went bankrupt in 1994, the process of selling assets to creditors was opened: there the building was sold, the studio and some vehicles. But the musical catalog had a different destiny: when artists such as León Gieco, Gustavo Santaolalla and Miguel Mateos sought to buy the ownership of their recordings, the syndic decided that everything was sold together or nothing.

So 20 years passed. From 1994 to 2014 those albums could not be released, so trout versions began to circulate. “When we got the INAMU tool, we talked to the journalist Alfredo Rosso who had already raised the concern of this immobilized cultural heritage and we began to make the list,” Boris said at the presentation of the remastering of the album. Once inside the bankruptcy process there were many files to read, for which the lawyer and musician specialist in intellectual property Esteban Agatiello provided knowledge. Finally, they managed to reach an agreement with the clerks of the court and with the judge in the case.” We made an offer: that the INAMU recover the catalog to give the main performers a license on the sale of physical format, the digital exploitation and synchronization of the phonogram (films, cinema, propagandas) and that the institute keeps the right of the phonographic producer, which is when you pay ADICAPIF, that is, what is heard when there are people at an event and there is profit, is an intellectual right) to be used for projects that promote groups and soloists who never recorded. It closed everywhere.” The recovery of “Serú Girán”

Once the backup tapes that Eduardo Marcel and Gustavo Gauvry managed to find were obtained, it was necessary to get a machine with the half track system that records the stereos crossed (the 1 with the 3 and the 2 with the 4) so it could not be played in any device. Then, it was sought to get that machine “which is very old, there is almost none, and it had to be restored,” gauvry explained.With that material Pedro Aznar and Ariel Lavigna were summoned to dedicate themselves to the reconstruction of the audio with the intention of transferring the sound to vinyl without sounding something like current and then improving it. This process took 120 hours in total, twice as long as with “La Grasa…”. As for the photographs, as Pederneiras relates in the official video, the challenge was to find the negatives of those captures that dated from ’78. Eureka, about 10 unpublished photos were found that now accompany the reissue of the album.” Today we can enjoy the first vinyl of Seru GIran in a really good quality with the commitment and prominence of the artists themselves, because that is an added value. There are many editions that are made without summoning the artists and what a value that in this case Pedro, Charly and David participate in this activity, “reflected Boris.Y closed: “Each reissue must be taken as a cultural fact and not as something that sometimes, from certain structures, is done only for vender.” What did Charly say? “That he was very excited, especially when he saw the video of José, with whom he lived many things. He’s in a very sensitive moment and really very excited.” 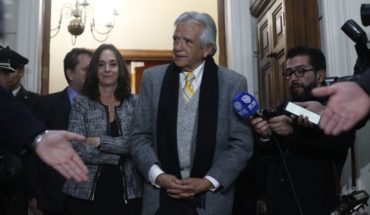 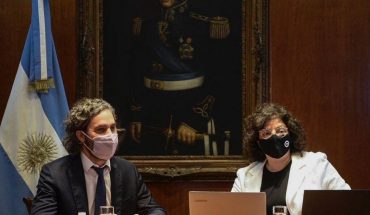