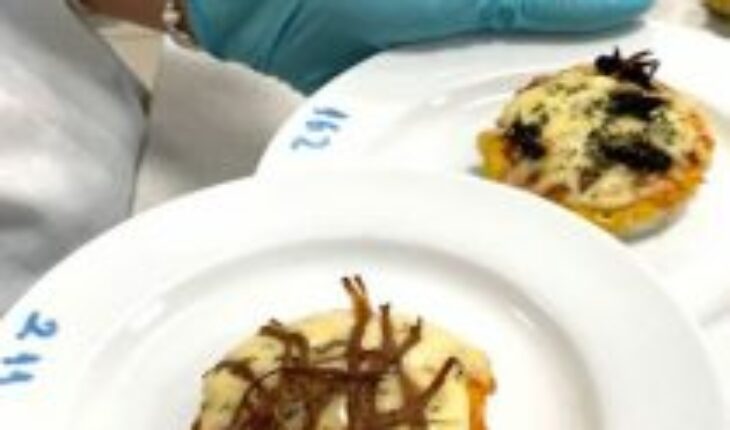 During 2020 and 2021, academics and students of the UC Nutrition and Dietetics career developed projects to evaluate acceptability and nutritional variables of pizzas and energy bars based on “Chilean cricket”.
Thus they advanced in the analysis of entomophagy, insect-based feeding, as an alternative for sustainable development in Chilean society.
Sebastián Tobar, chef and professor of the race, began already in 2018 with other innovative projects that included the tasting of empanadas based on insect larvae; and already in pandemic, he migrated species to work with the “Chilean cricket”.
Entophagy as sustainable food
Entomophagy is a reality in several parts of the world such as Asia, Africa and Central America, where culturally there is less resistance on the part of the population, as is still the case in Chile. Larvae, crickets and beetles are among the 5 varieties most consumed by man.
Considering that the meat industry is responsible for a large part of the emission of greenhouse gases in the world and therefore, entomophagy has become relevant as a more sustainable food alternative.
“In 2020 we chose to work with Chilean crickets of which there is no information on their consumption in our country, which arrived alive at our laboratory to then be frozen and finally fried, thus being able to use them as raw material,” says Tobar.

“Always complying with the ethical standards of its processing, we start by comparing pizzas prepared with frayed meat versus whole fried crickets, both on melted cheese. The products were tasted in a sample of 60 people, who evaluated taste and reaction to appearance,” he adds.
In order to be able to work with data on their nutritional content as accurate as possible, the amount of protein in crickets was quantified in INTA laboratories.
In the case of pizza, both products contained the same amount of protein per serving. The academic assures that both were well accepted, although the meat one was preferred, since the cricket was exhibited whole on the pizza, which influenced the indicators of appearance. As for the taste, the cricket pizza was well rated.
Energy bars
Subsequently, in 2021, with the support of Giovanna Valentino, nutritionist and academic of Nutrition and Dietetics UC, a second project was developed to create energy bars based on Chilean cricket, this time processed or ground. The product had a good acceptance in a random sample of 36 consumers, who did not know the composition of the product tasted.
“In a pilot study with undergraduate students we observed no differences in satiety and palatability (acceptance) measured with visual analog scale when we compared milk protein bars with cricket protein bars, which had a similar nutritional composition,” he explains.
Also, an experimental study published in the American Journal of Clinical Nutrition demonstrated similar effects on intestinal absorption and muscle protein synthesis when comparing insect versus dairy protein intake.
“More studies and evidence are still lacking to make specific recommendations, but everything indicates that insects as a protein source would meet an adequate nutritional profile and would be sustainable for human consumption given a lower water and carbon footprint in their production,” adds Valentino.
The great novelty of the study was that the cricket bar registered good levels of satiety at 60 minutes after its intake, and in terms of taste, there were no great perceived differences.
For both researchers, the bar undoubtedly represents great opportunities in the Chilean market, since it is an already positioned food format.
“In 2022 the intention is to carry out new tastings of this product in a group of athletes, a segment already accustomed to this food, who will evaluate taste, satiety and appearance, considering that they are a profile of habitual consumers more sensitive to differences,” says Tobar.
The students participating in the project in 2020 were Isidora Pastene and Fernanda Sepúlveda, while in 2021, Belén Romero, Paulina Catalán and María José Demandes participated. 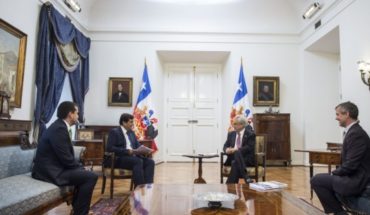 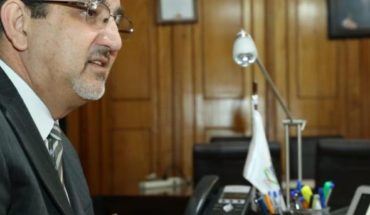 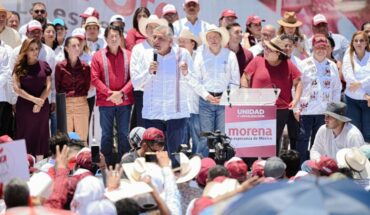