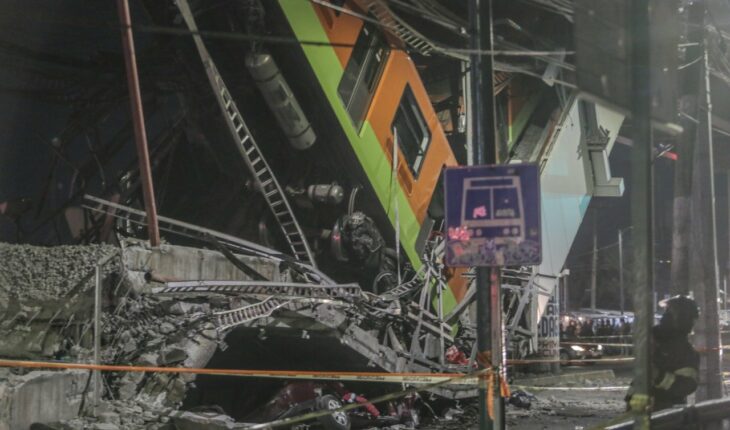 The Government of the CDMX plans to carry out a new expert report regarding what caused the collapse of a blockade of Line 12 of the Metro, because it does not accept the results of the company Det Norske Veritas (DNV), because it accuses it of not respecting the contract and changing, at the last minute, the methodology with which it carried out its investigation.
Claudia Sheinbaum, head of government of Mexico City, told reporters that a group of “quality” engineers is being sought to carry out a new expert report and thus delineate responsibilities.
“You are looking for a group of quality engineers who, even, we are seeing that everything you are doing, because this has to be public … remember that there are seven experts, the best engineers in Mexico, the best structural engineers who are doing the Executive Project of rehabilitation and all that is going to be public, what they found, how it was found and how it is being rehabilitated, “said the president of the capital on Thursday.

Separately, Andrés Lajous, Secretary of Mobility of the capital government, said that the “technical error” of the company is serious because it did not use the “systematic analysis of causes based on barriers”, a methodology that is a registered trademark of the company and for which it was hired.
Regarding the issue of maintenance to Line 12, Lajous said that this issue has nothing to do with it, when the real problem is design.
“The methodological problem that has been pointed out, and that has consequences on the analysis, is that suddenly and out of nowhere, and it is a surprise in the face of the final opinion, they sow the issue of maintenance,” he said in an interview with Ciro Gómez Leyva for the Radio Fórmula station.

The official assured that, due to these errors, the third report made by DNV will not be made public, since there is a civil trial involved.
In addition to the “error” in the methodology, the head of government accused the company, specifically its base in Mexico, of having a conflict of interest, since one of the lawyers participated in a lawsuit against President Andrés Manuel López Obrador.
Sheinbaum said he didn’t want this issue to be politicized because it will put victims first.
“The technicians who make the latest report are, mainly, from DNV-Mexico, and there appears this lawyer, that lawyer, that is, how?, does it not seem to you a conflict of interest that a lawyer appears who litigated against President Andrés Manuel López Obrador and that they change completely and break with the technical criteria? In other words, it ends up being a political issue; so, we’re not going to allow this to be politicized, first of all, by the victims,” he said.
The DNV case
On May 4, the Norwegian company DNV reported that it delivered to the Government of Mexico City the third report of the Root Cause Analysis (RCA) of the collapse of Line 12 of the Metro, in accordance with the agreed methodology and with “strict internal quality procedures.”
However, the capital government decided not to publish the report because of a conflict of interest that it attributed to the company. He even said that it is being evaluated to proceed against him through criminal proceedings.
“First, there is a civil trial and the criminal trial against the company is being evaluated,” Sheinbaum said.
In a statement, the Norwegian-born company said the report was delivered within contractual requirements, on a full-time basis.
“DNV confirms that the report was prepared without the participation of any expert who may have a conflict of interest in this case,” the company said in a statement.
What we do at Animal Político requires professional journalists, teamwork, dialogue with readers and something very important: independence. You can help us keep going. Be part of the team.
Subscribe to Animal Político, receive benefits and support free journalism.#YoSoyAnimal 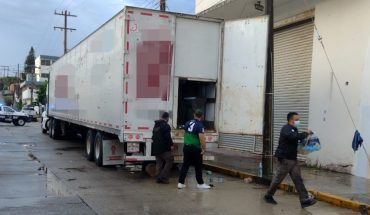 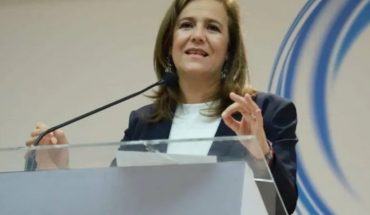 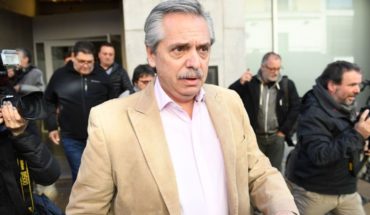 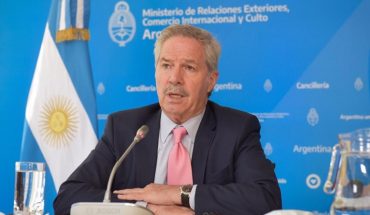