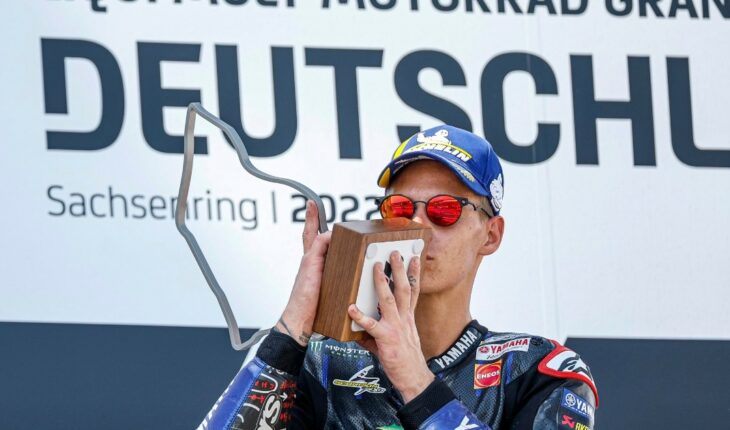 The Frenchman Fabio Quartararo, current champion and leader of the MotoGP, stretched his advantage in the World Championship of the category, by winning with ease in the German Grand Prix, held at the Sachsenring, for the tenth date. The Yamaha rider only had to worry about his pursuer in the first laps and then dedicated himself to driving cautiously, without errors, to complete the 30 laps to the German track at the front of the peloton.
His victory, on track after a good start, was paved by the fall on the fourth turn of the Italian Francesco Bagnaia, who had made the pole position. The race had several abandonments, since in addition to Bagnaia, the Spanish Joan Mir and the South African Brad Binder also went to the floor. And the Spaniard Alex Márquez and the Japanese Takaaki Nakagami, both of Honda’s satellite team, LCR, defected due to mechanical problems. Also said goodbye early the Spaniard Maverick Viñales, who with the Aprilia does not find the regularity that he knew how to have in Yamaha.Quartararo won with almost five seconds of advantage, escorted by his compatriot Johann Zarco and the Australian Jack Miller, both with Ducati.Behind entered the Spanish Aleix Espargaró and two other Ducati, those of the Italian Luca Marini and the Spanish Jorge Martin.Completed the top ten the South African Brad Binder, the Italian Fabio Di Giannantonio, the Portuguese Miguel Oliveira and the Italian Enea Bastianini.Disputed 10 dates, the World Cup is led by Quartararo with 172 points, followed by Aleix Espargaró (138) and Zarco (111). The next round of MotoGP will be run next weekend in Assen, the Netherlands. 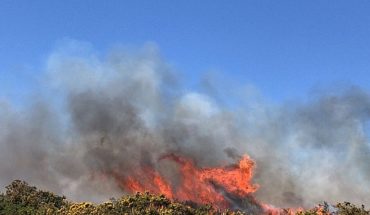 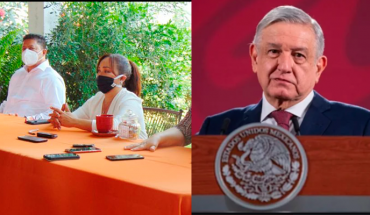