With practically complete campus waiting for today to integrate José Pedro Fuenzalida are the trainings of the Chilean team facing the Copa America in Juan Pinto Durán. Among the summoned is the defender Guillermo Maripán, a fixed in the new cycle of Reinaldo Rueda, disputing the 90 minutes in 10 of the 11 meetings in the Colombian cycle. The defense was present in the penultimate date of the Tango League Santiago de Adidas and after that gave a few minutes to talk with Hoyxhoy about the red and its season with the Spanish Alava.Despite not playing in eight of the last 9 games of the Alava in the league, I imagine you do a good evaluation of your season.Despite that, it was an absolutely positive assessment. Independent of the good level of the team, personally I feel I learned a lot. In a very short time I grew up football, so it was a very positive season both professionally and personally.Why did it delay the recovery of the sprain on your right ankle? Did you think you could play again before the end of the league? With the injury we realized at the right time that if I did not stop and did not recover well could pass to older. It was decided together that the best thing was that the season would end at that time to now be fine for the cup.With you on the court, the team didn’t lose in 17 of 25 games. Was it definitely the best year of your career?It was one of the best years of my career. I can not leave behind the 2016 when I was champion with the Catholic, but it was a great year in my growth as a footballer.How important was the trust that Abelardo gave you to exploit your conditions in the scheme of the Alava?The confidence of DT was very important. A player with confidence always pays better and makes more. So it was very important the relationship I formed with him, with Sergio Fernandez, who is the sports director. I’m very happy for this year.In the selection you should be a fixed on the headline defense with Gary Medel…It’s the stuff that football has. As a child I saw him play in the Catholic, then I saw him when he went to Europe, and now it’s my turn to defend the red by his side and it will be a luxury. He’s a great person, a great fellow and professional. He’s taught Me a lot of things, and I’m happy to be by his side.Neither Charles Aránguiz nor Reinaldo Rueda gave the selection as a favorite for this cup. What do you think of that? Is the red to fight the trichampionship in Brazil?Clearly, clearly, yes. I have confidence in the team, confidence in the players, and that the whole country will be accompanying us, so let’s fight for that.Japan on its payroll comes with 13 players who debut in the selection. Is it a disadvantage to have to analyze a rival who comes with few known faces?It’s a disadvantage that they come with so many new faces, but we know how they play. They have a pretty clear game idea, and you have to be attentive to our work to analyze how we are going to deal with them. 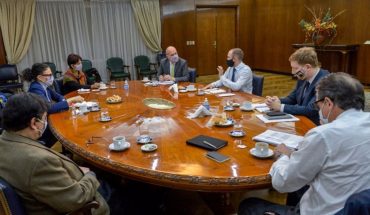 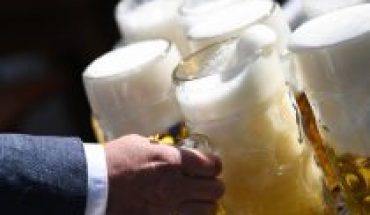