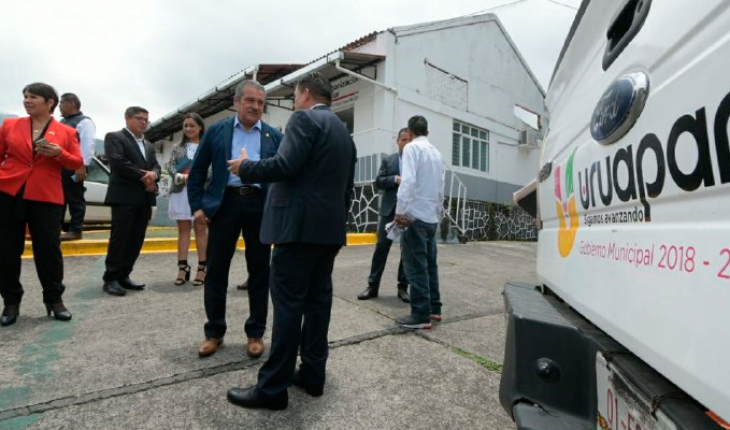 Morelia, Michoacán.- In a statement the municipality of Morelia reported that, it signified an agreement with the municipality of Uruapan, through which it will provide the necessary advice to achieve the implementation of civic courts.
The municipal president of Morelia, Raúl Morón Orozco, expressed that his administration has had the sensitivity to see in civic justice not only a tool, but by enriching it with a local police and judges, has transformed it into a system that allows open and oral procedures.
It noted that by determining that most conflicts began because of differences between citizens, consolidating this method of eradicating them had caused crime rates to decline.
Therefore, in addition to receiving an invitation to present this system at the World Peace Forum in Paris, other municipalities in Michoacán and the rest of the country have approached the municipal administration to seek collaboration agreements, such as Zitácuaro, Mexicali, Tlaxcala, Puebla, Zapopan and Guadalajara.
For his part, the mayor of Uruapan, Víctor Manuel Manríquez González, extoled his encouragement to materialize this agreement in greater justice for its citizens, when the civic court and its functioning framework were put in place.
Both officials agreed that this agreement, coupled with the existing regulatory reform agreement, will contribute to the development of both municipalities and expressed their intention to enrich the relationship on a constant basis Inhabitants.