In the lead-up to the act for the 25th anniversary of the AMIA bombing, the Financial Reporting Unit (UIF) considered Hezbollah to be a «terrorist organization» and ordered the freezing of the assets of «military wing-specific entities that make up the organization itself and leaders.» The move was taken by the owner of that body, Mariano Federici, a few minutes before the tribute to the victims of the attack and a day after the Government formalises the creation of the Public Registry of Persons or Entities Linked to Acts of Terrorism and its Financing (RePET). This Register will aim to provide access and exchange of information on human, legal and entities linked to acts of terrorism and/or their financing and to facilitate domestic and international cooperation to prevent, combat and eradicate terrorism and its financing.
In addition to this point is that Mauricio Macri himself is about to sign another initiative such as the creation of the National Register of Persons and Suspected Organizations of Terrorism (RENAPOST). The news was also confirmed by AMIA Acting President Ariel Eichbaum, who in the central anniversary event reported the news in front of those present. In this note: 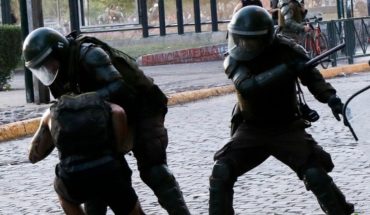