Morelia, Michoacán.- Through a statement they announced the holding of six Citizens Forums for the Update of the Electoral Normative Framework, in order to allow new legislation on the subject to be built, in the hands of the public.
They report that this with the aim of giving certainty and legality to next year’s elections in Michoacán, as well as promoting the proper reforms to the legal framework of the state, the members of the Committee on Election Affairs and Citizen Participation.
In this sense and accompanying the local deputies, the Chairman of the Board of Directors, Antonio de Jesús Madriz Estrada, highlighted the interest of this legislature in implementing an open parliament in which through the integration and citizen participation in the decisions, make legislative work more efficient and transparent.
In addition, the Chairman of the Electoral Affairs Committee, Member Fermín Bernabé Bahena, thanked the Michoacán Electoral Institute, the State Electoral Tribunal and the National Electoral Institute, which through its representatives have cooperated with the Legislative Power for the holding of these forums.
It acknowledged the obligation of this committee to make an in-depth analysis of the current legal framework in electoral matters, so that in the face of the 2021 electoral process, Michoacán has legislation that guarantees equality, fairness and participation both to candidates as a citizen.
In the same tenor, Mp Javier Paredes Andrade acknowledged the interest that these forums have aroused within the state, since various sectors of society also want their opinion taken into account in the elaboration and updating of the framework electoral law.
In this way, the Member Francisco Cedillo de Jesús, announced that this next 5 March at 5 pm, the first Forum will be held at the University Don Vasco of the city of Uruapan, and then carry them out together in the municipalities of Lázaro C Apatzingán, Zamora- Jiquilpan, Zitácuaro-Hidalgo, Puruándiro-Zacapu, concluding on 19 March in the city of Morelia.
It should be noted that during the press conference, the participation of the Member Cristina Portillo Ayala was attended; David Alejandro Arroyo, Executive Vocal of the INE in Michoacán;  Araceli Gutiérrez Cortés, president of the Electoral Institute of Michoacán, as well as Yolanda Camacho Ochoa, president of the Electoral Tribunal of the State of Michoacán. 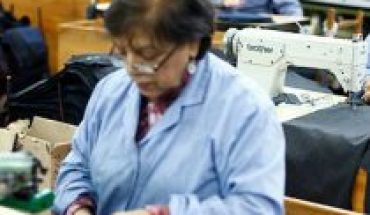