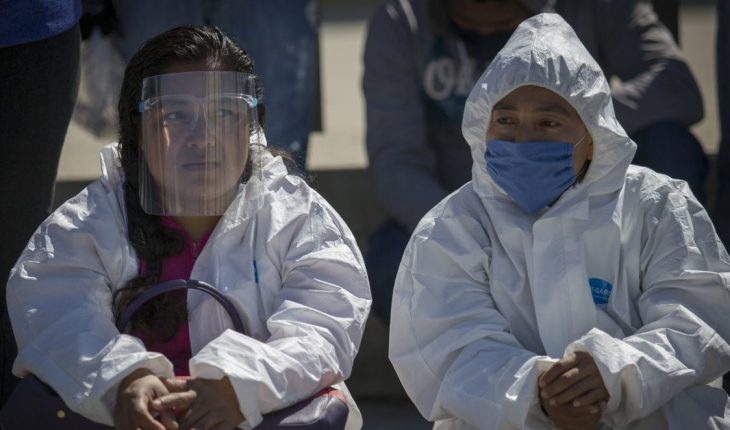 With the conclusion of the National Day of Healthy Distance and the beginning of the «new normal», this 1 June 5 thousand companies dedicated to the manufacture of auto parts of the aeronautical and automotive sector will return to work, although this only means 0.4% of the total industries in the country that totals one million 200 thousand, according to the Confederation of Industrial Chambers of the United Mexican States (CONCAMIN).
With 31 out of 32 states at red traffic lights, i.e. with a high level of COVID-19 contagion, the impediment to resume economic activities, except essential ones, continues and aeronautics, mining and cars are now added.
However, the governors of Chihuahua, Javier Corral; de Puebla, Miguel Barbosa and Sonora, Claudia Pavlovich informed entrepreneurs that their entities – where the country’s industrial activity is concentrated – will resume activities in June 15, as long as the traffic light changes color, says Francisco Cervantes Díaz, president of CONCAMIN, in interview with Political Animal.
Reads: Mexico accumulates 9,930 COVID deaths and more than 90,000 confirmed cases
The universe of industries is 1 million 200 thousand, of which 150 thousand have continued to work during the pandemic, since they are essential products especially in the food sector. But the paralysis of the rest of the sectors will continue due to the alert in which the country is located, which shows that «they did not flatten the curve and there is a view with high responsibility, because if we try to return, we do not want this to grow», says Cervantes Díaz.
The Federal Government announced the end of the social estrangement day learned from the Federation for the whole country from this 30 May, and therefore the states will decide the transit to the new normal, i.e. the opening of activities that were cancelled in the wake of the pandemic.
This decision occurs when until this Sunday there are 90 thousand 664 cases accumulated, 16 thousand 962 active, that is, detected in the last 14 days, and 9 thousand 930 deaths throughout the country and at the traffic light all states are on high alert, except Zacatecas.
In this regard, the governors of Coahuila, Nuevo León, Durango, Tamaulipas, Jalisco, Colima and Michoacán, expressed their dissatisfaction with what was presented by the administration of Andrés Manuel López Obrador and announced that they will implement their own strategies for economic and activity revival.
This is because «the traffic light that does not reflect the reality of our states; on the contrary, it seems that it has a political purpose to hold the states accountable for the dead,» the governors said in a statement this Saturday.
Read: Seven governors reject federal epidemiological traffic light and announce their own strategies
Since state governments must control the level of coronavirus contagion, Chihuahua, Sonora and Puebla where industries are concentrated chose to give fifteen more days of closure. «It is no longer a matter of compliance but of caring for contagions,» state officials told the corporate confederation.
«While we should have already started because they are chains and trade agreements with the US and Canada and we are looking bad on that part, we are working hard with governors and have the best readiness for us to be able to with the minimum and high protocols that have to do with workers’ health,» says Cervantes Díaz.
That is why they continue to insist that at least in these three states, governors allow them, with the minimum staff, to begin protocol adaptations such as putting acrylics in all production processes, signage, locating nursings outside companies, among others, so that they are ready as soon as the traffic light changes.
For the time being, the president of CONCAMIN reports, totaling 2 thousand 400 authorisation sheets issued by IMSS for companies that undertake to establish a series of measures to prevent the contagion of coronavirus within the workplaces.
But they still won’t be able to return without the authorization of state officials. Which, he says, will impact some companies that «can’t take it anymore. They have to go out to work, or close for good. Many are no longer going to open, although we don’t know how many yet.»
The federal government launched the site www.nuevanormalidad.gob.mx explaining the epidemiological traffic light, and activities that will be reactivated as the level of risk changes from maximum to low, represented by colors. In addition to the overall strategies to promote health health and health safety in the workplace, protective measures for vulnerable people in the centreswork.
Read: What activities return this June 1, the first day of the ‘new normal’
Also the Active Protocol on Health Security (PASSA) which includes 78 self-assessment points for companies as training to be carried out by health personnel and managers, use of personal protective equipment; staggered schedules, remote and home work; engineering issues such as physical barriers, ventilation, signage, installation of filters where temperature is taken, hand washing; management that can be used to identify staff if infected.
Once the necessary adaptations have been made in accordance with the security protocol, each company must deliver a «self-assessment» to the Mexican Social Security Institute (IMSS), and the latter will issue an acknowledgement of receipt electronically and a result of the analysis of the same within 72 hours, which will allow them or not to initiate activities.
However, this permit will not be the only one to be able to resume activities, since it will also depend on the measures decided by the state authorities.
What we do in Animal Político requires professional journalists, teamwork, dialogue with readers and something very important: independence. You can help us keep going. Be part of the team.
Subscribe to Animal Político, receive benefits and support free journalism #YoSoyAnimal. 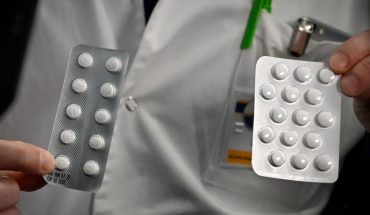 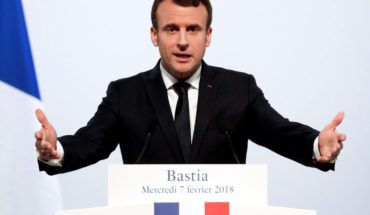 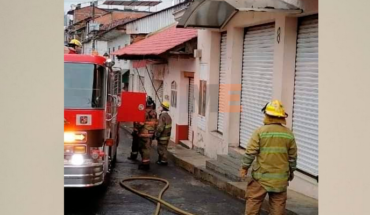