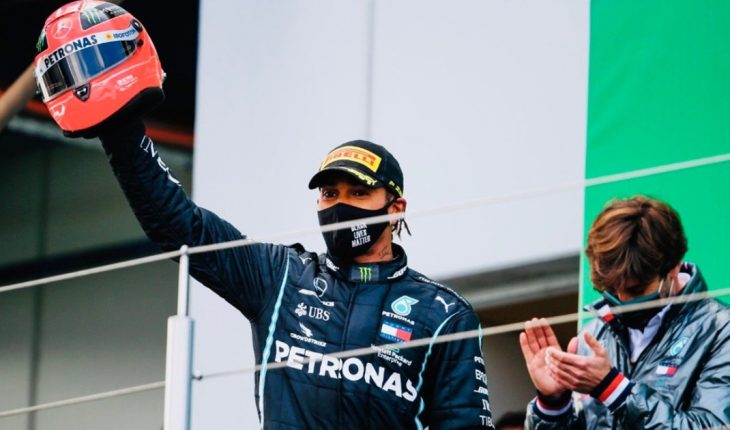 Lewis Hamilton seems that no one can stop him in Formula One and this Sunday he re-wrote his name in the big history of the category by winning the Eifel Grand Prix and equaling Michael Schumacher’s record of 91 victories, who will also seek to match as top champion with seven titles. On the circuit of the Nurburgring, the Briton moved his Mercedes teammate, Finnish Valtteri Bottas, on lap 13, and from there established an impossible domain to reach and overcome by the rest of the drivers.
It was the second chance the six-time world champion had to match the German record, as two weeks ago he missed the chance at the Russian Grand Prix.Before consecration, Hamilton experienced a very emotional moment because Mick Schumacher, the son of the German champion, approached him and gave him a helmet from his father, who is interned after suffering a skiing accident in 2013 that keeps him in a coma. As a tribute, the Briton climbed to the top of the podium with the iconic red helmet.
With these results, Hamilton leads the championship with 230 points, escorted by Bottas (161), Verstappen (147), Ricciardo (78) and Pérez (68). The next date will be held from 23 to 25 October, at the Portimao circuit, to contest the Portuguese Grand Prix.