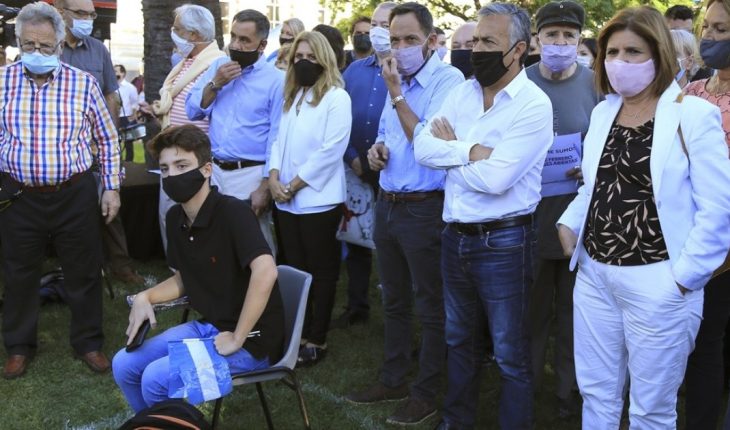 The opposition of Juntos por el Cambio published a statement to express his repudiation of the VIP vaccination in the Ministry of Health, which cost the position to the owner of the area, Ginés González García. In a statement that they titled «Again the official immorality» they noted that «this situation is of absolute immorality, hypocrisy and appropriation of the public, which from officialism seek to minimize with the mere resignation of Ginés González García».
«The resignation minister never live up to the circumstances of the pandemic. From Together for Change we had already been warning him, but the President did not want to hear the voices that warned him, perhaps because that lack of suitability was functional,» the opposition alliance launched.
Together for the Change he noted that «this scandal of corruption in vaccination requires repeating the requirement of the publication of data and protocol, which has so far been hidden from the public and that allowed the dose application to be carried out to the friends of officialism». They added: «It is time for them to be held accountable and for illegally vaccinated people to account to the Justice for this crime. They did not steal any material good, they stole the hope and health of many Argentines.»
The document was signed by the references of Juntos for the Change Alfredo Cornejo, Patricia Bullrich, Maximiliano Ferraro, Mario Negri, Luis Naidenoff, Juan Manuel López, Cristian Ritondo, Humberto Schiavoni and Miguel Angel Pichetto.