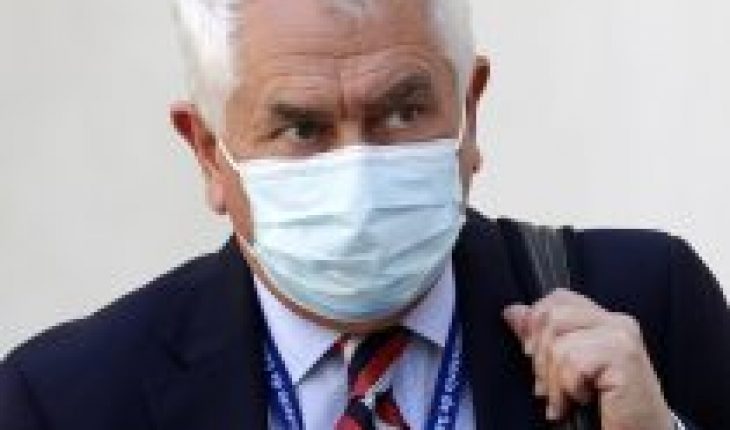 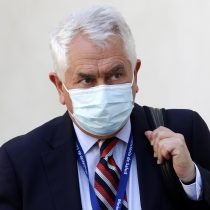 It was only five days since the return to school and the College of Teachers asked to suspend in personhood following the 43 establishments that have recorded at least one coronavirus contagion, in a worrying context given the escalation of Covid-19 contagions that 5,325 new cases arrived on Friday.
“It is absolutely necessary that classes be suspended throughout the country, that seems to us to be an urgent call we make to the Government of Sebastián Piñera, to the Ministry of Education, because given the conditions that we have today it is not possible to continue with face-to-face classes throughout the country,” said the president of the College of Teachers, Carlos Díaz at a press conference.
The call of the College of Teachers opened a new round with the Government, and it was not only the Minister of Education, Raúl Figueroa, who came out to answer him. So did the health headline, Enrique Paris, who said that “it is my attention that on the first day the children returned to class, positive cases have appeared. Those positive cases in teachers, it’s impossible to blame the school.”
In that regard, he accused the College of Teachers of “deceiving public opinion,” noting, “How is it possible that they said that the school was opened and a positive case appears, when we all know that the incubation period is 14 days?”
“I recognize that there may be contagion (…) but not to deceive public opinion by saying that on the first day of school there were already two teachers infected. These people got out of class,” Paris added at a news point since a Senior Long Stay Establishment (ELEAM), accompanied by Cecilia Morel.
“Transmitting that idea that the class is insecure is what we have not wanted to be transmitted from the Ministry of Education and the Ministry of Health (…) the school is much safer than home itself for a child living in poverty (…) it is impossible for those teachers to have become infected on the first day of school, that is a misleading communication to the public,” he said.
The Minister of Education, Raúl Figueroa, also responded to the statements of the College of Teachers. “I want to be very clear that it is the parents who must make the determination of whether or not their children go to face-to-face activities at this time,” he said
“The country, like the rest of the world, has learned that it is possible, taking all health guards, to offer students the opportunity to meet the educational community again, that experience we have in Chile, it is being lived in Argentina, in Colombia, in Uruguay, just to name countries in our neighborhood and for a long time countries of the Northern Hemisphere are also doing so” Added.
Before, the president of the College of Teachers, Carlos Díaz, said that “we find it unusual that we have a government that insists on the logic of face-to-face classes.” “Along with this, we also want to denounce a number of situations that have been taking place, first of all with what the relationship says that in many schools, in many communes of the country, even though the decision of the supporters has been to develop the classes in telematics form, that is, online, officials are being forced to attend in person , putting their lives at risk, because they have to move and have to stay in each of the educational establishments,” he added.
“A contumaz attitude”
The debate was joined by the Vice-President of the ACHM Committee on Education and Mayor of Lo Prado, Maximiliano Ríos, who accused the Government of having a “contumaz attitude”, without meeting the recommendations of health experts.
Rios recalled that the community chiefs themselves had warned the Minister of Education that it was necessary to wait until all teachers were vaccinated and that the school year should begin in mid-April. “It has been shown that the conditions for admission to face-to-face classes are not yet present. The Ministry of Education, in a contumaz attitude, insists on not considering experts and objective conditions.  The significant increase in cases these days presents us with a very delicate scenario. There are different realities, in the face of territorial inequality throughout the country, which has unequally affected Chileans.”
The edil insisted that “we must wait for the vaccination process of teachers and assistants to complete completelyeducation.  Teachers, education assistants and – in particular – parents and guardians should be heard. The Mineduc can’t keep giving the wrong signals. It is true that face-to-face return is necessary, but life must first be watched over; but the statements of the Minister of Education himself warn of certain discriminatory biases.” 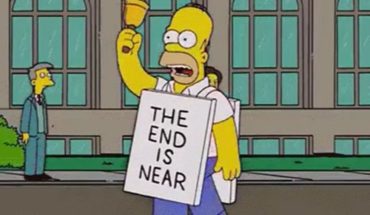 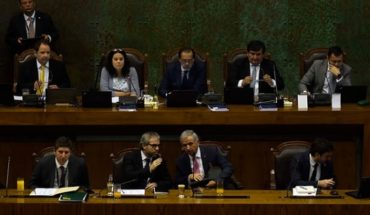 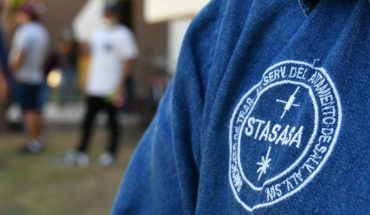